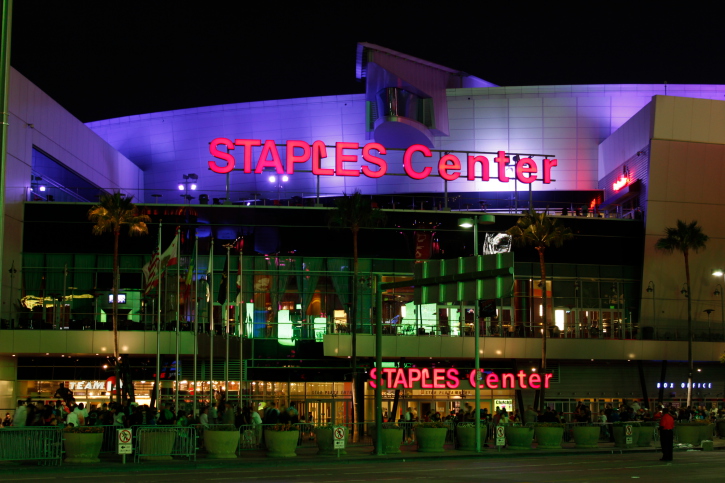 After Donald Sterling’s racist tirade hit the Internet over the weekend, casting an unfortunate pallor of bigotry over what has been the most exciting first round of playoffs in ages, voices around the NBA loudly and uniformly condemned the Clippers owner and his largely unchecked history of discrimination and universally unpleasant remarks. Among those who spoke the loudest were Charlotte Bobcats owner (and strong candidate for greatest player of all time) Michael Jordan and Hall of Famer Magic Johnson, who played for the Los Angeles Lakers.

Johnson, who is one of Los Angeles’s vocal basketball legends, as well as an owner of the Los Angeles Dodgers, appeared on ABC’s NBA Playoffs programming to demand that Sterling sell the team as quickly as possible, saying: “I had a friendship with him. So for him to then make these comments, or alleged comments, about myself as well as other African Americans and minorities, there’s no place in our society for it. There’s no place in our league, because we all get along. We all play with different races of people when you’re in sports. That’s what makes sports so beautiful.”

The comments, which have not been confirmed to be Sterling despite the fact that he’s offered no hard denial since the tape leaked over the weekend, named Magic specifically when the voice believed to be Sterling asked his then-girlfriend not to bring black people to “his games” or post pictures of her with black athletes on Instagram.

Johnson, who carries enough weight, as well as his associates The Guggenheim Partners are very interested in having an opportunity to buy the team, according to Yahoo Sports. While Sterling’s earlier controversies concerning racial discrimination and practices have been unchecked by the NBA, the new prestige that has surrounded the Clippers since their acquisition of Chris Paul and the ubiquity of social media make that sort of continued indifference impossible.

Fellow owner Michael Jordan left no doubt as to his feelings on the matter — as tweeted by USA Today’s Jeff Zillgitt, Jordan said, “As an owner, I’m obviously disgusted that a fellow team owner could hold such sickening and offensive views.” The superstar, who purchased a controlling ownership of Charlotte Bobcats franchise in 2010, continued his salvo. “As a former player, I’m completely outraged. There is no room in the NBA — or anywhere else — for the kind of racism. I am appalled that this type of ignorance still exists within our country and at the highest levels of our sport. In a league where the majority of players are African-American, we cannot & must not tolerate discrimination at any level.”

While the NBA Players Association hasn’t had an active executive since it fired Billy Hunter in the aftermath of the 2011 NBA lockout, the group has enlisted Sacramento Mayor (and current NBA great) Kevin Johnson to speak on its behalf while the players are trying to focus on the playoffs. The player’s union is reportedly seeking an accounting of Sterling’s past transgressions, as well as the maximum punishment possible.