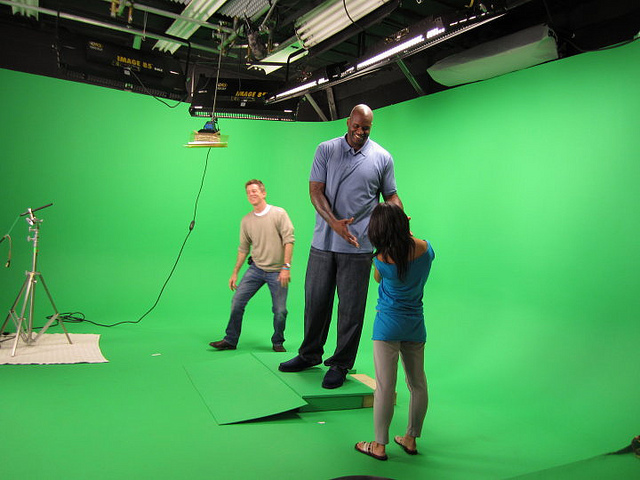 Shaquille O’Neal, Hall of Fame NBA center and basketball analyst, is under investigation for an alleged 2013 assault at Turner Broadcasting Studio, where he works alongside Charles Barkley, Kenny Smith, and Ernie Johnson on Inside The NBA. O’Neal has been an honorary U.S. Marshall since 2005, and his interest in law enforcement has been longstanding and storied — he famously took a $1-per-year salary to be a Miami Beach reserve officer in 2006. While playing, he was listed at 7-foot-1 and 325 pounds.

The Atlanta Police Department is looking into a May 19 incident, according to WSB-TV, an Atlanta news station. Robert Williams, a TNT co-worker, “alleged Shaquille O’Neal tackled him to the ground causing injury to his back while they were at work at Turner Studios,” Sgt. Greg Lyon told the news station. No charges have been filed against O’Neal so far, and Williams did not report the incident until July 2, per TMZ Sports.

“While at work at Turner Studios on May 9th 2013, about 12:30am, as I was performing my duties at work, Shaquille O’Neal ran out of a room and hit me with a tackle punch to the back knocking me down and falling on top of me injuring my neck and back,” Williams said in the police report, via TMZ. While it has been 10 months since the incident, in which O’Neal was neither charged nor arrested, the case is still under investigation.

Though Shaq has not commented on the matter publicly, his attorney, Dennis O’Roach, has, releasing a statement that said: “this was nothing more than horseplay. No one intended for anyone to get injured.” Williams, who allegedly had to undergo an unspecified surgery due to the tackle-punch, also retained an attorney, who released different statement to WSB-TV.

“We understand that the physical attack by Shaquille O’Neal upon Mr. Robert Williams is under criminal investigation. Mr. Williams is presently recovering after surgery. However, he does state emphatically, that the permanent injuries he received were not the result of participation in any form of ‘horseplay.’”

Tackling is not unheard of on the set of Inside the NBA, as co-analyst Barkley attempted to tackle Shaq in the show’s green room in 2013. “It was so close, America,” said Barkley. The same segment featured a series of physical comedy vignettes, with O’Neal being put into a hold by a crew member and having a chair broken over his back by mild-mannered host Johnson.