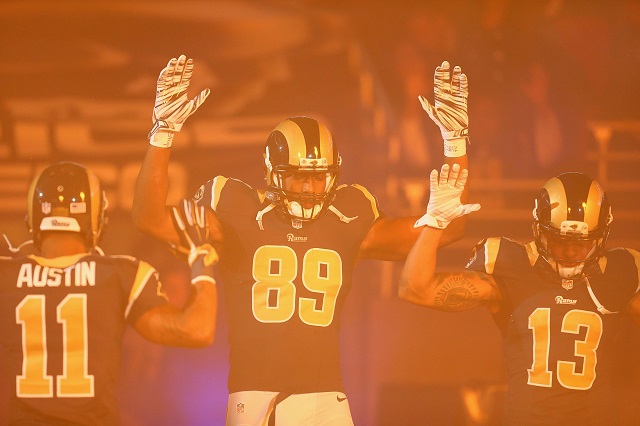 The St. Louis Rams are an NFL team that happens to make its home in Missouri. In case you’ve been living under a rock — and it would have to be a massive one — Ferguson, Missouri, hasn’t exactly been the most placid community over the past few months. The shooting death of Michael Brown, an 18-year-old resident, by one of the Ferguson police officers became a flashpoint for all sorts of simmering anger: racial inequality, the role of police in civic society, the definitions of excessive force, and more.

Emotions are understandably high, and it’s difficult, if not impossible, to remain neutral on this particular issue. NFL players, lionized and removed from the general public such as they are, are still people.

So when five St. Louis Rams players took time during their pre-game introductions to show support for the community by signaling a “hands up, don’t shoot” gesture as they came out onto the field, it was noticed. The action was perhaps given more attention than the game afterwards, when the Rams stomped the Oakland Raiders, 52-0. As you might expect, not all of the statements made about the gesture were entirely positive.

“[The Saint Louis Police Officers Association] is calling for the players involved to be disciplined and for the Rams and the NFL to deliver a very public apology,” reads part of a statement released by the organization. “Somebody needs to throw a flag on this play. If it’s not the NFL and the Rams, then it’ll be cops and their supporters.” Putting aside the overly simplified binary, it’s an interesting question: Should the NFL fine the five players involved in the display? 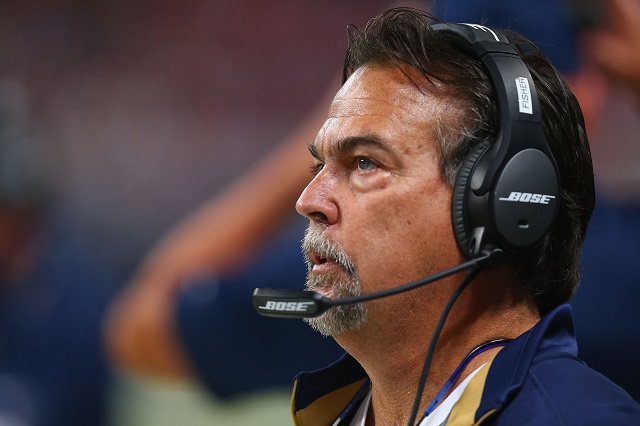 The NFL is certainly not averse to fining players — the organization will hit you for wearing the wrong socks, wearing the wrong headphones, and for the wrong kinds of celebrations on the field — so the precedent is certainly there. On the other hand, this has been nothing but a year of bad PR for the league, and coming down on players for what they described as a way “to let the community know that we support the community” would certainly be another step in that direction. That’s before addressing the notion of whether the league should be able to have a say, even if just fiscally, on the causes its players chose to support.

What’s happening in Ferguson is the most visible example in recent memory of cultural unrest that has an effect on all Americans. The Rams organization as a whole has gone out of its way to help people who have suffered due to the immense emotional outbreak, which has resulted in rioting and looting, as well as a lot of hot air being espoused on all sides of the issue. That said, the league is not — and shouldn’t be — beholden to the demands of one particular group simply because it doesn’t agree with what’s being done by some of the players who are trying to become part of the discussion.

We’re sure that many St. Louis police officers are Rams fans, but we’re sure that an equal numbers of the protesters are, as well. As a result, it seems that having the NFL front office step in and provide a heavy-handed reinforcement of one side of the discussion would be grossly inappropriate. As far as sports entertainment is concerned, the teams should be working to ensure that calm is restored as quickly and as politely as possible. There’s nothing good about forcing players to subvert what they believe in, in order to hold on to their paychecks.

Luckily, the NFL seems to agree. At least, that’s our takeaway from its vice president of communications, who told ESPN, “We respect and understand the concerns of all individuals who have expressed views on this tragic situation.” As of this writing, the players involved have not been fined, and that’s a good thing.