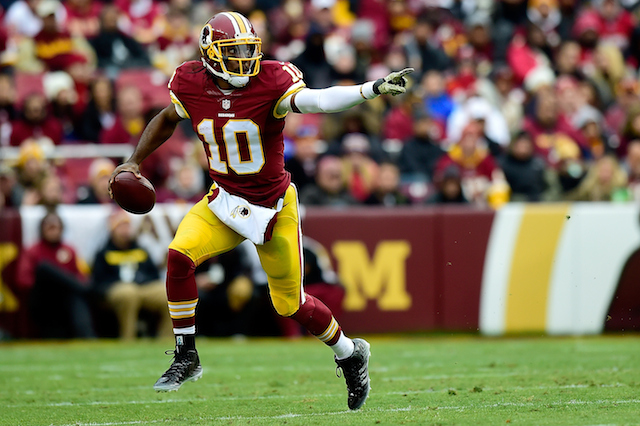 With this week’s news that Washington has benched Robert Griffin III (pictured) for Colt McCoy (yes, the same Robert Griffin III that Dan Snyder’s team traded four draft picks — including three consecutive first-rounders — to move up and grab in 2012), we were reminded once again that taking a quarterback early in the draft is anything but an exact science. For every superstar, there’s a bust (or three). Or, to put it bluntly: For every Peyton Manning, there’s a Ryan Leaf.

It’s a ritual of springtime: General managers fall in love with the latest, greatest can’t-miss prospect and ignore more pressing needs (or worse, in Washington’s case, mortgage their entire future) to take a QB that has no real guarantee of panning out. Even though some of the best quarterbacks in the league invariably come from later rounds (such as second-round pick Drew Brees, third-round draftee Russell Wilson, and sixth-round selection Tom Brady, just to name a few), rest assured that when the 2015 draft comes along, your favorite team is still likely going to (at the very minimum) flirt with the idea of spending its first pick on a signal-caller.

That begs the all-important question: If the franchise you cheer for does in fact take a quarterback, what are his odds of succeeding? Is drafting a QB in the first round a prerequisite to future success, or perhaps the complete opposite: Could selecting a first-round quarterback mean your team probably won’t reach the promised land?

We looked back at the last 10 NFL Drafts (2005-2014) to evaluate how the first-round quarterbacks (and the teams that selected them) fared over that span. Here’s what we learned. (All statistics come from Pro-Football-Reference.com.) 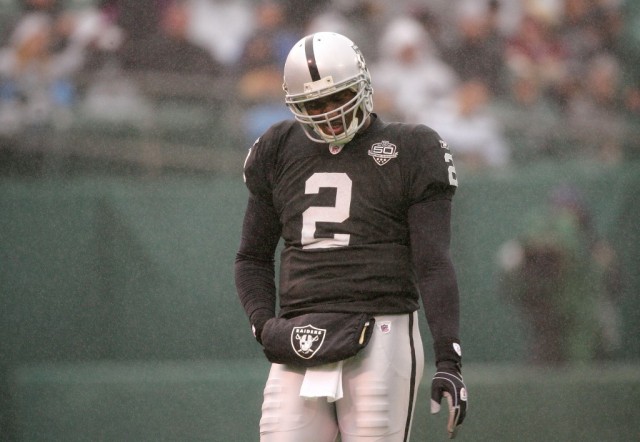 And the verdict is… 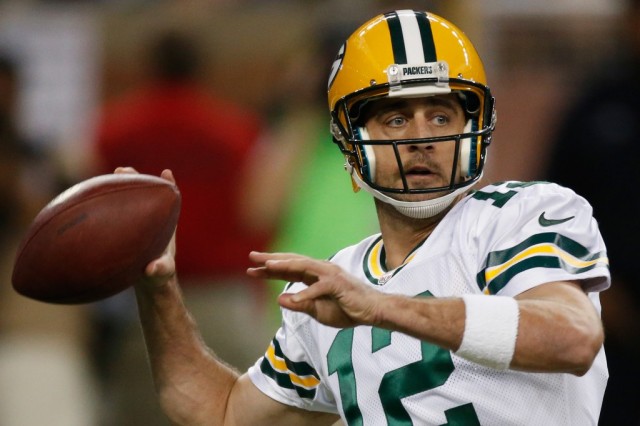 So what do you think? Would you advise an NFL franchise to draft a quarterback early knowing the odds are less than 1-in-3 that he’ll make a Pro Bowl, win a playoff game, or even be starting for your team a few years from now? Or, would a ball club be better off strengthening other parts of its roster with a first-round pick and then looking for a quarterback on Day 2 or Day 3? For many teams, chasing the next star quarterback in the draft seems to be somewhat of a vicious cycle: Cleveland, Jacksonville, Minnesota, Tennessee, and Washington aren’t exactly perennial powers in the modern NFL. (And, while Denver, the other team to take multiple first-round signal-callers in the last decade, has had some recent success, we believe that’s more due to free-agent signing Peyton Manning than Tim Tebow or Jay Cutler.)

Bottom line: The track record says a first-round quarterback probably won’t be worth the chance your team took on taking him that early. And, while every position has hits and misses, success stories and busts, the first-day draft picks under center have a worse chance than most players of never living up to that much-hyped springtime potential. So, general managers, we advise you to look elsewhere. Or else, well, just hope you beat the odds.