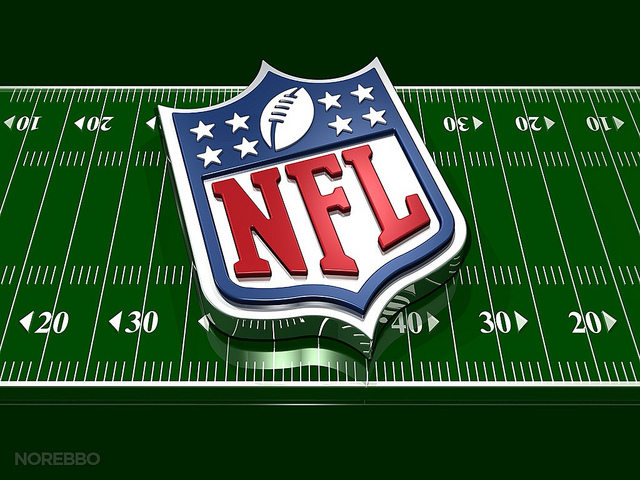 Whether it’s getting “jobbed” by the referees, shanking a kick at the worst possible moment, or watching championship hopes disappear as a star player crumples to the field in season-ending agony, luck is the ultimate deity in the NFL. Just ask the 2013 Houston Texans (too soon?). It inspires rituals, routines, and Bud Lite advertisements. It also inspires econ professors to try and figure out which teams have been the luckiest teams in NFL History since the AFL/NFL Merger.

And, courtesy of the great folks at FootballPerspective.com, we have exactly that. Andrew Healy, who teaches at Loyola Marymount University when he’s not blogging about football, broke down which teams were expected to win championships, which teams ended up winning championships, and which teams ended up winning more (and less) than they were expected to — that last bit is, essentially, luck in sports. The mystical becomes the mathematical. But how?

In Healy’s words: “[I’ve] rerun the NFL playoffs. In the simulations, the slate is wiped clean, which means there’s no reason The Fumble or The Helmet Catch or The Immaculate Reception have to happen this time around. The playoffs were run under the rules in place in a given year. All of the results are based on 50,000 simulations run under those rules. DVOA ratings are used for 1989 and estimated DVOA from 1950-1988. I created a betting line based on the DVOA difference between the teams, adding 2.5 points for home field. That line was used to simulate wins and losses.”

Make sense? No? Read on, and all will be illuminated. 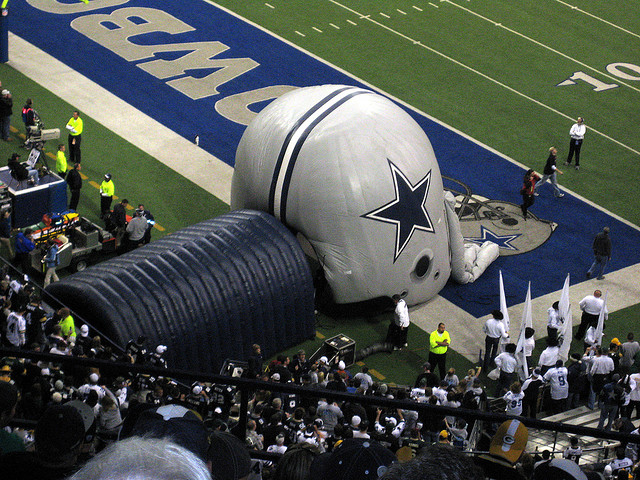 Ok, so, let’s break this down a little bit. First of all, this model works off the DVOA of a team. What is that? It stands for “Defense-adjusted Value Over Average,” but it’s a number that takes into account every single play for a team in any given year. You can see the full breakdown on Football Outsiders, but essentially it assigns different point values to different ways of measuring yardage and scoring, rather than the raw total that most football entities use.

Football Outsiders explains it like this: “Let’s say Larry Fitzgerald catches a pass on third-and-15 and goes 50 yards but gets tackled two yards from the goal line, and then Beanie Wells takes the ball on first-and-goal from the two-yard line and plunges in for the score. Has Beanie Wells done something special? Not really.”

Poor Beanie Wells. Intuitively, though, this makes sense. DVOA is an attempt to break down the difference in numbers. So, Healy took the DVOA (and the estimated DVOA from teams before 1988) and created a betting line between each team — thus making teams favorites or underdogs — and ran each team through 50,000 different simulations. You know, for sample size. So what does this do for the Niners or the Cowboys, and why are they so low on this list? The 49ers have been really good at football over the last sixty-four odd years.

So good, that their DVOA suggested, through the simulations, that they should’ve won four-and-a-half titles. They’ve won five in real life, rather than mathland. Boom. Just as expected. Similar song, second verse for the Cowboys. It’s funny to think of the Cowboys as historically lucky after watching Tony Romo for these last few years though, isn’t it? 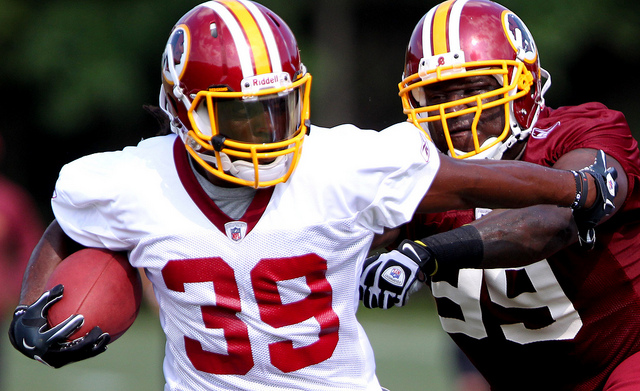 Again, in light of RGIII’s disastrous 2013, it seems almost cruel to paint the Dan Snyder’s team as a “lucky” franchise. But, since 1950, the Washington football team has won three titles, in ’82, ’87, and ’91. That’s not bad. The team was solid enough to be expected to win almost a pair of titles, and they snagged another one in real life. The 1991 team, in particular, was monstrous in real life: winning its first eleven games and its pair of losses coming from a combined five points. The team’s combined score vs. scored on after three games was 102-0. That’s silly. Check out some of their highlights below.

The Ravens? Significantly luckier. As anyone who watched Joe Flacco turn into JOE FLACCO during the post-season could suggest to you, the 2012 Baltimore roster was one of those teams that got hot, stayed hot, and rode that wave all the way to the Super Bowl. Given the overall makeup of the Ravens DOVA, and their low expected titles as a result, the pair of titles (in 2000 and 2012) are significantly “luckier.” Ray Lewis would probably disagree, though. 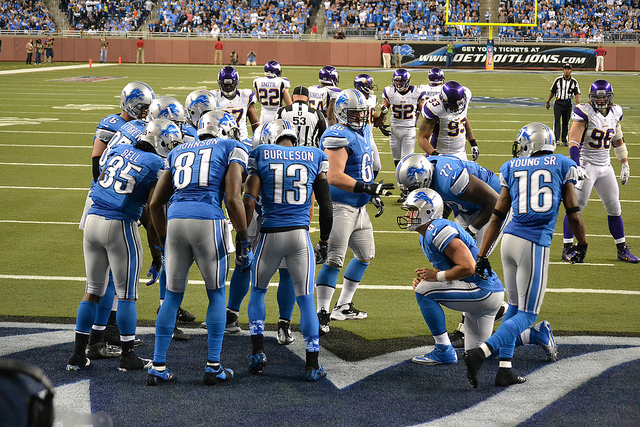 This is probably starting to seem a little more in line with the ‘smell test,’ at least — most football followers that aren’t New York Giants fans would probably agree with the blanket statement “the Giants are one of the luckiest teams in football.” To which the Giants fans would point upward and say “scoreboard.” But, again, this is what happens when you have a team that is talented and that overachieves.

An aside — that fifth title? It comes from their 1956 NFL championship victory over the Chicago Bears. They won 47-7. So four Super Bowl victories and five NFL titles since 1950. If you only count victories since the merger, the Giants are the luckiest team in the league — you can read more about that in Healy’s blog post on the subject.

The Lions are just a little bit less lucky than the Giants (if you listen to the wind you can hear a Detroit fan nodding sadly). They had a great run through the 1950s, winning three NFL championships in ’52, ’53, ’57 (they also won in 1935), and have not come close since. But, according to their DVOA for the last 1950 years, they “should’ve” only won about one and a half. Gotta look at that glass as half full. 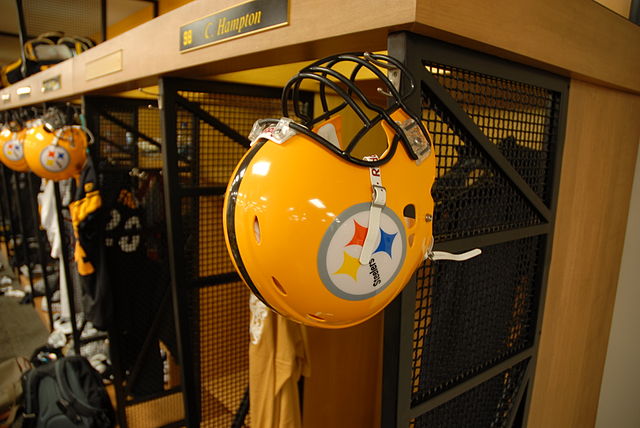 Green Bay is lucky, the voices say? They’ve won seven Super Bowls! Their teams have been great! Well, yes. Exactly. Even over sixty-four years, the Packers, who have won ring after ring after ring — final count: ultimate victory in ’61, ’62, ’65, ’66, ’67, ’96, and 2010 — probably got lucky on what amounts to a little over two championships. So, yes, the Packers have been a historically dominant team, but their offense suggests that they got some favorable breaks, too.

The Steelers, on the other hand, did not have exceptional DVOA ratings. Like the Packers, they’re a great team, but their greatness comes from what Healy refers to as “ability to maximize opportunities in the 1970s and 2000s,” rather than consistently dominant play like the Packers, 49ers, or Cowboys. Steelers fans, feel free to say “scoreboard.” For more info, data, and things to play with, you can check out Healy’s blog post here.