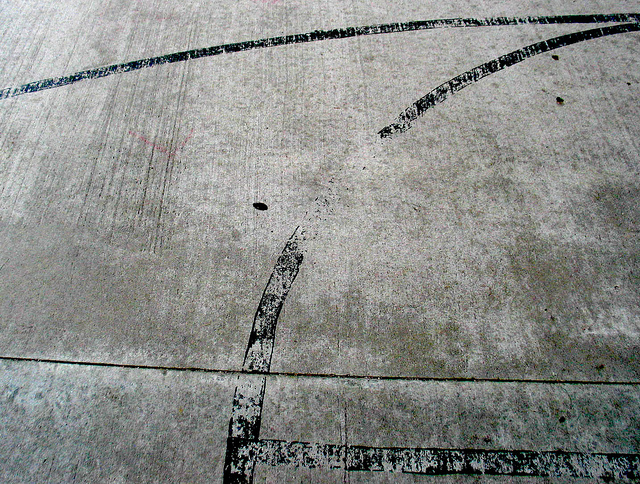 With the news that Milwaukee Bucks owner Herb Kohl will be selling the team to a pair of hedge-fund billionaires and that the team will likely be staying in Milwaukee as part of the sale agreement, it looks like the NBA is, and will always be, a seller’s market, at least concerning ownership. While all franchise sales must go through the board of governors, who have the final say on who is allowed to buy  a team and who isn’t — just ask basketball fans in Seattle — it looks like the asking price for any given team is going to keep skyrocketing.

The league is the most successful it has ever been, both in the U.S. and internationally, and it’s poised to do nothing but make money for years to come, regardless of what some owners say whenever there’s a lockout looming (which should be right around 2017, when either the owners or the players’ union can opt out of the newest CBA). There is a long list of people and prospective ownership groups who would be happy to join the NBA, but expansion’s not on the official horizon and now that the Bucks have been sold there aren’t any troubled franchises left.

So, with that in mind, here are the ten NBA teams that have been bought and sold for the most money over the last ten years, with a special mention for the Brooklyn Nets, the Charlotte Bobcats, and the Philadelphia 76ers, who each were sold in 2010 or 2011, but did not sell for enough to make the list. Also, the Boston Celtics would’ve placed, but they were purchased in 2002. 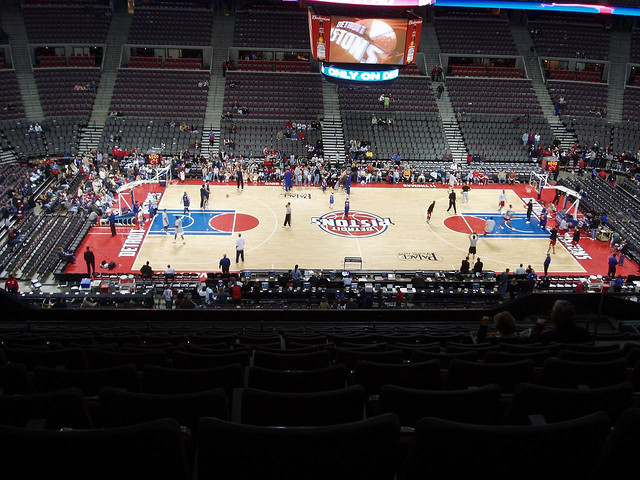 The Detroit Pistons, like the city of Detroit, has become a metaphor for a collapsed husk of something that was great long ago. Rightly or wrongly, the parallels are there, and the Pistons, who are still rebuilding after their one-off championship in 2004, have not been a good franchise for a long time, last making the playoffs in 2009 and finishing under .500 for six consecutive seasons.

Despite that, Platinum Equity CEO Tom Gores was able to purchase the team for $325 million in 2011, a price that exceeded the team’s Forbes valuation that year but looks like a song in 2014. Gores actually bought Palace Sports & Entertainment, so in addition to the Pistons, Gores also purchased the Palace of Auburn Hills itself, the DTE Energy Music Theatre and the rights to the Meadow Brook Music Festival.

At the time, Crain’s Detroit Business was told by an anonymous source that  the price was “shocking,” and that Gores “ripped [former majority owner Karen Davidson’s] face off.” The Pistons finished the 2014 season with a 29-53 record, and will likely pick eighth in the upcoming NBA draft. 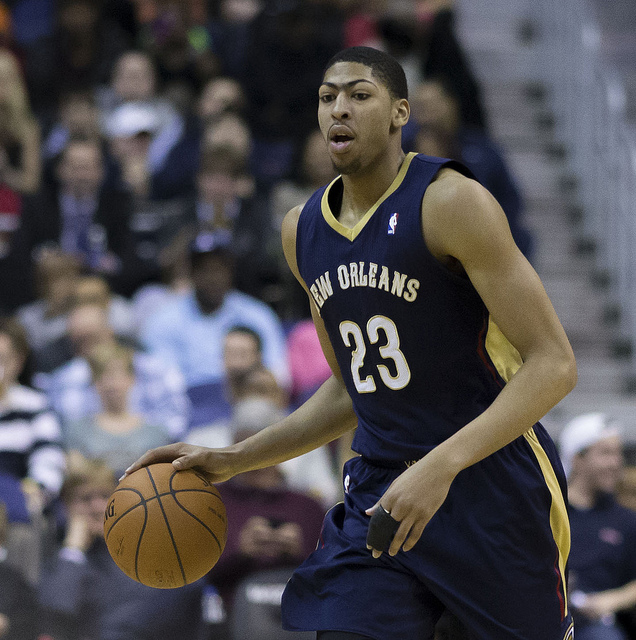 The sale history of the New Orleans Pelicans is a strange and twisted one. First, they were the Charlotte Hornets, beloved purple-and-teal team of Muggsy Bogues, Larry Johnson and Alonzo Mourning, an exciting expansion team that entered the league, along with the Magic, the Timberwolves, and the Heat. Then, amid a rape charge leveled at the team’s owner, George Shinn, and the subsequent and related decline of attendance to Hornets games, the team cruised to New Orleans in 2002. Shinn would eventually sell the Hornets to the NBA itself in 2010.

This put the NBA in a precarious position — how does a team that is nominally run by the owners of the now-twenty-nine other franchises not have an inherent conflict of interest? The conundrum was put into start relief when the team’s general manager made a trade that would’ve sent superstar point guard Chris Paul to the Los Angeles Lakers, only to have the league office veto it along the now-infamous lines of “basketball reasons.” The team became the Pelicans in 2013, after an ownership group lead by Tom Benson (who also owns the NFL’s New Orleans Saints) purchased the team from the league.

After drafting Anthony Davis first overall in 2012, the Pelicans have yet to make the playoffs, despite trading their 2014 draft pick for All-Star point guard Jrue Holiday. The team finished the 2014 season with a record of 34-48. 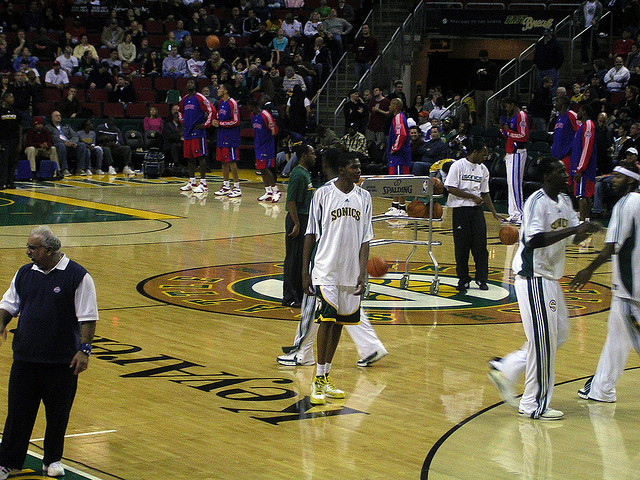 In 2006, after years of attempting to raise city funds for a new arena, then-owner and Starbucks magnate Howard Schultz sold the Seattle SuperSonics to an outside ownership group helmed by Clay Bennett for $350 million. While at the time the group was publicly vocal about keeping the team in Seattle, the reality seems to be that they were always planning on moving the team to Oklahoma City, which they did in 2008, changing the team’s name to the Oklahoma City Thunder.

Just like with purchasing, relocation is something that is voted on by the NBA board of governors, made up by the various owners and representatives (in the case of group ownership). In the Sonics’ vote, according to the LA Times, “NBA owners approve[d] relocating the Sonics to Oklahoma City by a 28-2 vote, with only Dallas’ Mark Cuban and Portland’s Paul Allen, co-founder of Microsoft and owner of the NFL’s Seattle Seahawks, voting against it.” For more information on the move from Seattle, check out the documentary SonicsGate: Requiem for a Team (trailer below, the whole movie is on YouTube if you look for it). 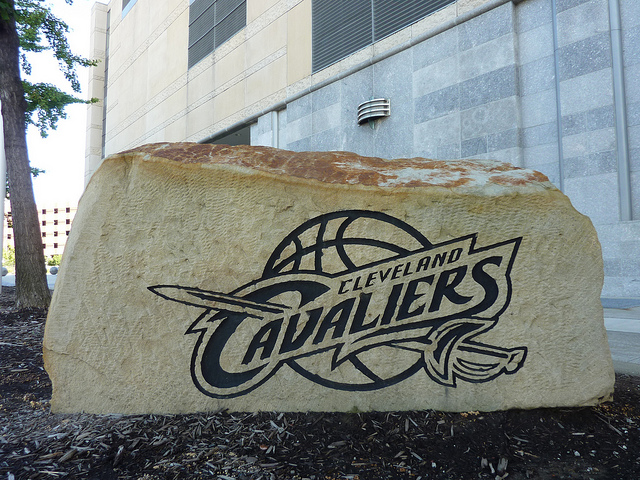 The Cleveland Cavaliers were bought by the man who brought Comic Sans jokes from graphic designers to the world, Dan Gilbert, in 2005, just a year and a half after the team had drafted LeBron James. Gilbert, who also owns Fathead (the company that makes the massive face posters that litter NBA arenas) and Quicken Loans (for which the Cav’s arena is now named), was worth $1.5 billion in 2011, and looks to have survived paying a ton of money for the Cleveland squad.

Of course, since James left the Cavaliers have been a perennial cellar-dweller, even with the arrival of No. 1 overall pick Kyrie Irving in 2011. The team, which holds the dubious honor of biggest slide ever as they went from 61 wins in 2010 to just 19 in 2011, has not made the playoffs since LeBron James took his talents to South Beach, despite attempts this season to break out of the draft lottery. 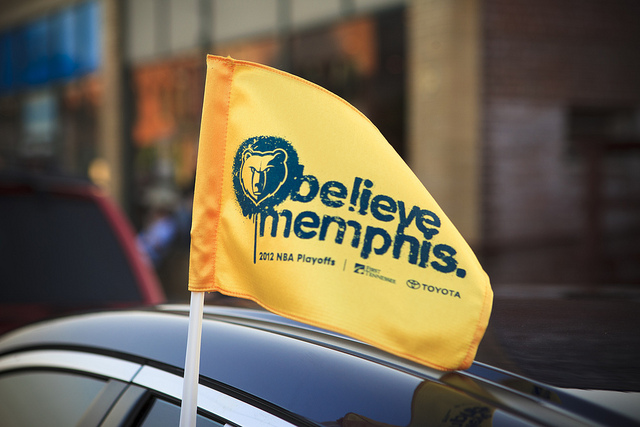 Often NBA teams are not 100 person owned by a single person or entity — the most famous example is probably when Mark Cuban, the majority owner of the Dallas Mavericks, was sued by Ross Perot Jr., a minority owner, for mismanaging the franchise. For what it’s worth, the Mavericks won the NBA championship the year that Perot sued, so it maybe wasn’t surprising that the suit was thrown out. Anyway, when Robert Pera agreed to pay $377 million for the Memphis Grizzlies, he was buying a majority ownership from the previous owner, who had first contracted each of the smaller shares to see if they would be interested.

Memphis, home to the Grizzlies since 2001, when the franchise moved from Vancouver, was also the trade partner for the Los Angeles Lakers in the infamous Pau Gasol/Kwame Brown swap — a deal that, in retrospect, looks all right from the Grizzlies, because Marc Gasol might be the best center in the game right now, but was roundly lampooned at the time. Luckily, YouTube has preserved Steven A. Smith’s epic Kwame Brown Rant, and we have embedded it right below. Watch it. It’s still fun all these years later. “The man cannot play!” 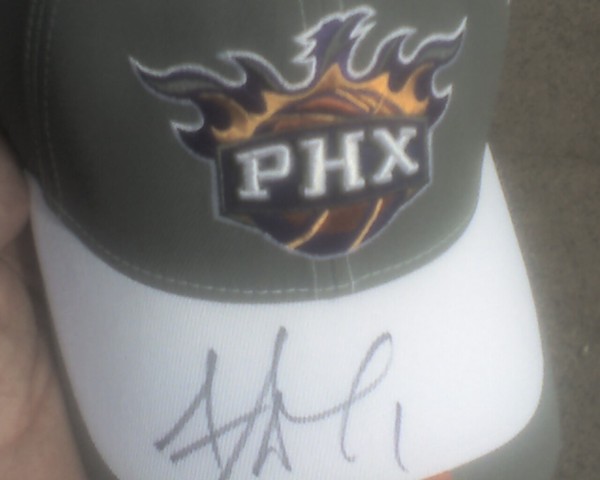 Did you know that the Phoenix Suns own the fifth-best record in the league since 2004, when Robert Sarver bought the team for just over $400 million? Admittedly, that’s not the kind of trivia that most people keep current and fresh in their mind, but when Arizona Sports caught up with Sarver on his ten-year anniversary as an NBA owner, it came up. And what was his biggest regret over that first decade?

“I think probably the biggest one I’d like to take back was not doing that rookie extension for Joe Johnson,” Sarver said. “Again, hindsight I would’ve loved to have that one over again because he’s turned into a great player. Definitely would’ve helped us. At the time obviously we hadn’t even played a game, we never had a regular season game and coming off a 29-win season it was a little hard to commit that much in the future after just signing Steve (Nash) and Quentin Richardson.

“If I had to do it over again in hindsight I definitely would’ve done it differently, but at the time it was kind of a tough decision to make. But that was probably the biggest one in terms of one decision that had the most impact in the organization.”

Sarver, who has obtained a reputation for being cheap (cue thousands of Suns fans crying into their Nash Jerseys), is at least somewhat penitent, even if he did kneecap the team’s chances for winning a championship with his tightfisted ways. 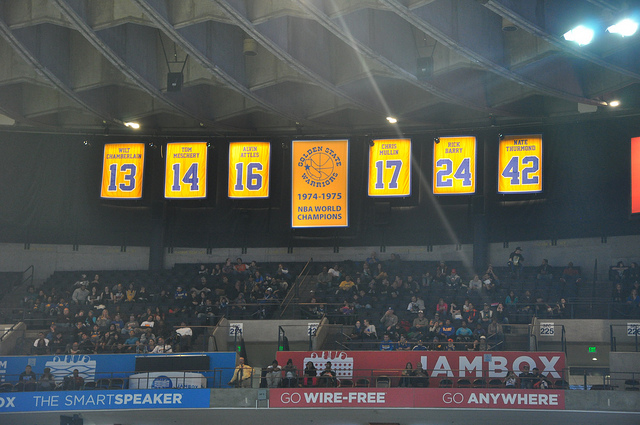 This one was a headline grabber when it was announced in 2010. When the Dubs were sold, it was through a bidding process, and the team was sold outright to Joe Lacob and Peter Gruber. It marked a shift for the positive for Golden State fans, even if they wouldn’t see it that way at first. The team quickly traded fan favorite Monta Ellis for the injured Andrew Bogut, tanked away the last half of the 2012 season, and managed to shut Steph Curry down for the whole season amid a series of ankle problems.

For a fan base like Golden State’s, that is consistently lauded by players, pundits, and other fans alike for being one of the best in the entire league, it was too much. When Chris Mullin, one of the all-time great Warriors, was having his jersey retired in 2012, the fanbase booed owner Joe Lacob relentlessly through the entire ceremony. Justified or not (and it was), it was a bummer. Footage below. 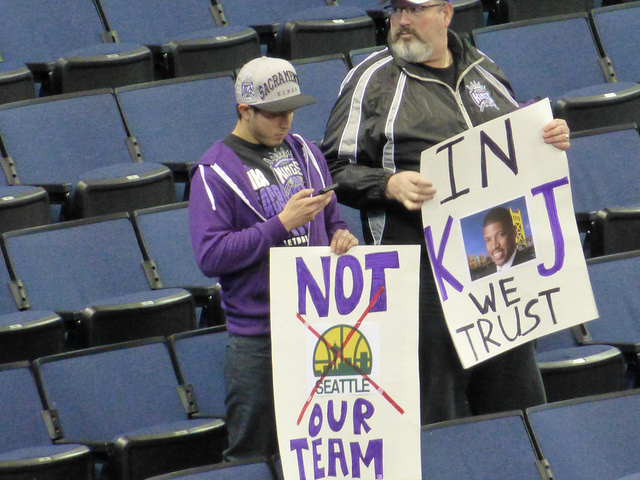 Think of this as the Anti-Oklahoma City. When the Maloof brothers, who owned the Kings and managed them into the ground in an effort to sell the team and expedite a move (to Seattle, or Anaheim, or Virginia Beach – the Maloofs were indifferent, as long as the team left Sacramento) in order to get some money back in their pockets. The brothers had made a series of bad investments in Las Vegas casinos that had drained them of the income to continue to run an NBA team.

And, with no arena plan on the horizon (One popular theory is that the NBA is using Seattle as an unspoken threat against communities that refuse to help fund new arenas for their basketball teams — as in, “if you don’t give us the public subsidy to renovate this arena, we’re moving your team to Seattle.”), it seemed like the Sonics would be returning to the Pacific North West. But thanks to a strong grassroots effort from the Kings fans, as well as a new arena deal and the support of former NBA player and current SacTown mayor Kevin Johnson, the Here We Stay campaign successfully convinced an ownership group helmed by Vivek Ranadivé to purchase the team and keep them in California, much to the dismay of Seattle fans.

The differences between the two: In 2010, when Abe Pollin, owner of the Washington Wizards passed away, Ted Leonsis, who was already a 44 percent owner of the team, assumed full control of the franchise from the Pollin estate. In 2014, former U.S. Senator Herb Kohl sold the team to Edens and Lasry in order to ensure that the team would stay in Milwaukee for the foreseeable future.  Kohl, who was born and raised in Milwaukee, bought the Bucks in 1985 for the relatively paltry sum of $18 million.

“I wasn’t going to live forever. I’ve approached a time in my life where I have to think about … how do we think about succession,” Kohl told reporters at a press conference held at the Bradley Center, the Bucks current home. He also pledged $100 million toward helping build a new arena, one of the key sticking points in Milwaukee’s NBA future — the league has mandated that all teams have acceptable arenas by 2017.