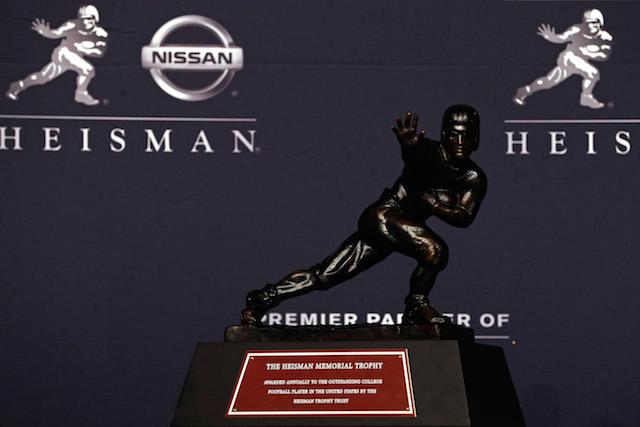 In 2014, three players have stood out above the rest. Here’s a look at the top three candidates for the 2014 Heisman Trophy. 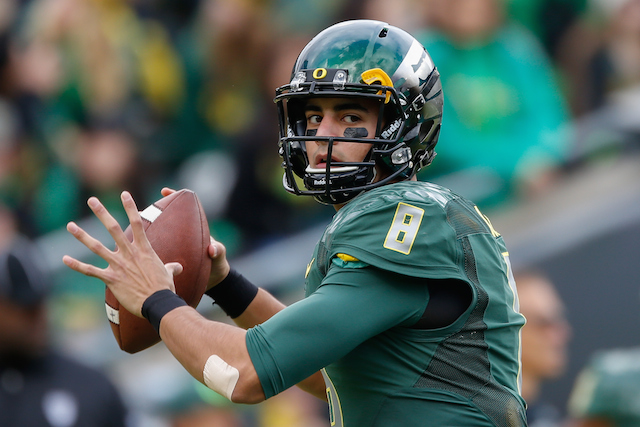 Mariota is the overwhelming favorite to win the 2014 Heisman Trophy, but he will need to have a solid performance in the Pac-12 Championship game against Arizona, the only team that has beaten Oregon this year, to seal the deal. 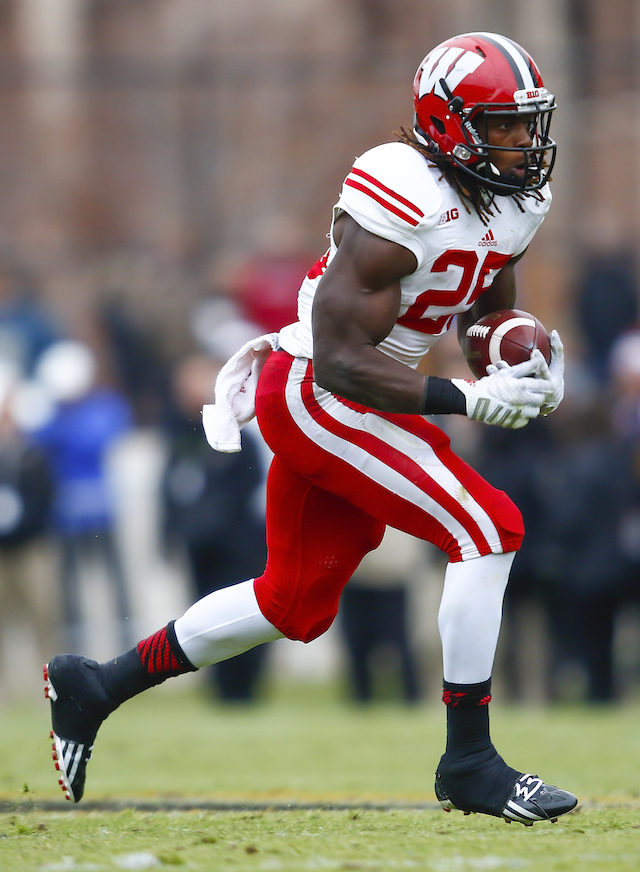 Gordon has put up ridiculous numbers in 2014 and has a legitimate chance at eclipsing both the 2,500 rushing yard and 30 rushing touchdown milestones by the end of the Badgers’ season. Gordon already has better stats than previous Heisman-winning running backs and will more than likely be the top challenger to Mariota in the race for the 2014 Heisman Trophy. 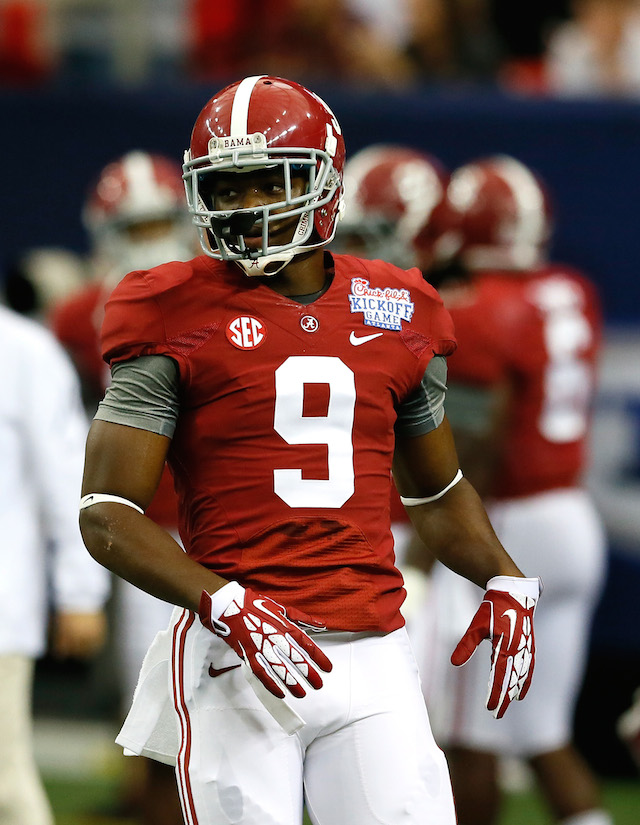 Cooper is a long shot to win the 2014 Heisman Trophy at this point, but he really helped himself with his 13-catch, 224-yard performance this past week in Alabama’s Iron Bowl win over Auburn. Cooper’s numbers this season compare favorably to the only other two wide receivers to win the Heisman, Tim Brown in 1987 and Desmond Howard in 1991, but they likely aren’t enough for him to receive any first-place votes in the official Heisman Trophy balloting.