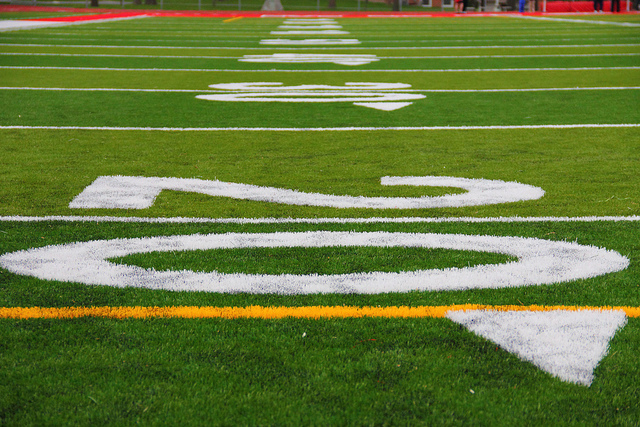 In honor of the NFL Draft — now that it’s May, and we’re officially within a week of the 2014 NFL Draft (!) — we’re going to take a look at the much hyped, most famous, most impressive position in the game of football: the quarterback. While the 2014 draft class has generated a lot of excitement from its QB prospects, especially perpetual lightning rod Johnny Manziel, who has gone on record saying he’d love to be picked first overall by his “hometown” Houston Texans, since Manziel was raised in the Lone Star State.

While no one outside Johnny Football seriously expects him to be taken at the top of the list, let alone a shoe in for the best quarterback available, most teams armed with the No. 1 overall pick have picked one beyond every other position (for the completist, the list looks like this: quarterback, running back, D-Line, O-line, wideout, linebacker, and Gary Glick, the only defensive back to ever be drafted first overall — he was taken in ’56).

So, with a special shoutout to Andrew Luck and Cam Newton (classes of ’12 and ’11, respectively), and exactly none of the shoutout for 2007 first overall pick JaMarcus Russell, here are the best quarterbacks to be taken with the first pick in the NFL draft since the NFL/AFL draft. Or, if you’d like, since 1970. They’re the same. 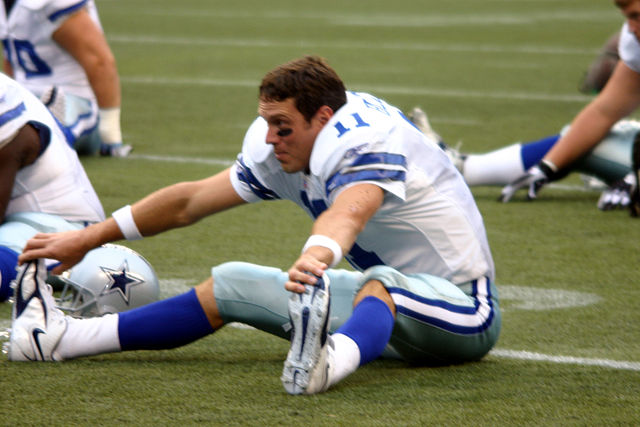 Drew Bledsoe is a curious case. There’s an argument that the quarterback, who tallied almost 45,000 passing yards over the course of his fourteen-season career, got his — that notorious catchall for a player concerned with his own numbers — by virtue of quantity, rather than quality. And, certainly, while Drew Beldsoe was a good quarterback, he was never a consistently great quarterback, was he?

OK, so, anyone that can drag the Buffalo Bills to a winning season is probably worth some props (they went 9-7 with Bledsoe under center almost ten years ago, in 2004). And the four-time Pro Bowler did win a Super Bowl with the Patriots, even if he had been displaced as the starter by Tom Brady by then — then being 2001.

Despite being eligible for the Hall of Fame since 2011, Bledsoe has yet to be voted in. His career remains kind of a shoulder shrug in the face of his contemporaries, the story being “he was good at throwing and he threw the ball a lot.” The fact that the Patriots were catapulted to title contention by Tom Brady so quickly after Bledsoe went down doesn’t help his case much, either. 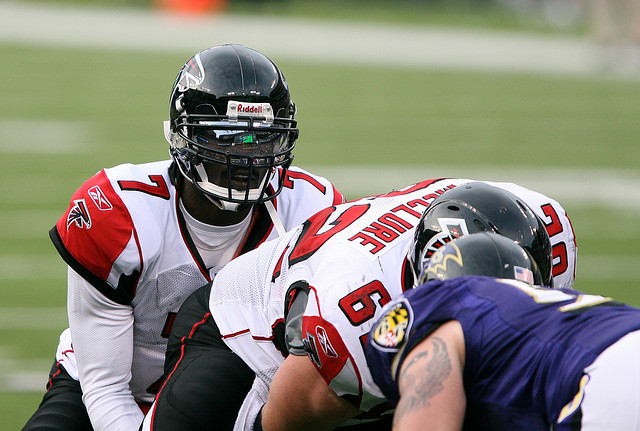 No, he can’t stay healthy. Yes, he’s definitely a bad person for his involvement in the dogfighting scandal that saw him serve jail time. Yes, he’s probably still the best running quarterback the NFL has seen, and maybe that the NFL will ever see. Vick, the first African-American quarterback to go first overall in the draft and still only 33, is currently signed to the New Jersey Jets, where he will battle for the starting spot with sophomore Geno Smith.

Most people remember Vick for his world beating performance in 2011 after he replaced Kevin Kolb, who would ultimately suffer so many concussions that his ability to play would be questioned, as the starter on the Philadelphia Eagles. Vick was nothing less than the catalyst for what would become the most exciting offense in the NFL. Ultimately garnering four Pro Bowl nods, Vick is the only player on this list who will probably never win at least one MVP award — while he did win Best Comeback Player in 2010, that year’s MVP was Tom Brady. 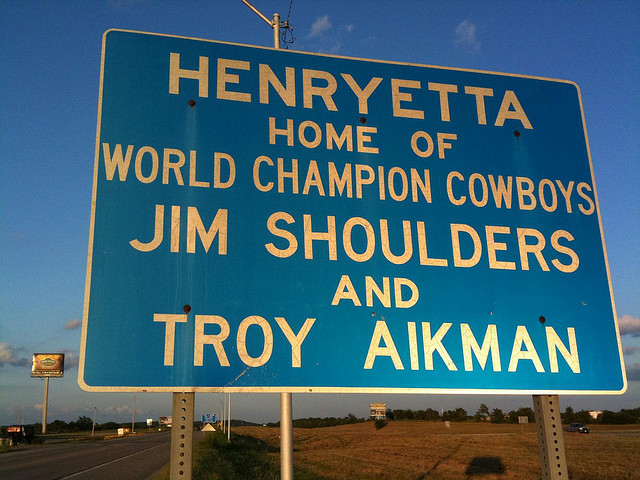 Troy Aikman is directly responsible for the legion of insufferable Dallas fans out there. Not the true-blue Cowboys supporters, who obviously get the benefit of the doubt when their allegiance is revealed because even though we’re all free to choose our own fandom, not a whole lot of us get to, you know?

No, the Cowboys fans that Aikman has to answer for are the early ’90s equivalent of the Miami Heat fans today. The frontrunners. Back when Aikman was putting in work with the Dallas Cowboys — and it was work, as the QB finished with three Super Bowl rings, a Super Bowl MVP nod, and six Pro-Bowl selections — they became synonymous with success, and no one did a better job explaining the Cowboy’s appeal, and Aikman’s, than Grantland’s Andrew Sharp.

“I started liking the Cowboys as a 6-year-old in West Hartford, Connecticut, and to be fair, the Cowboys at that point were totally awesome. They were the closest thing to the University of Miami that the NFL had ever seen — a blend of insane talent, locker room anarchy, criminals, women, winning, and endless shit-talking. And also Troy Aikman,” Sharp wrote in a piece titled “The Dallas Cowboys Are Trying To Kill Me.” “I liked the Cowboys then because I was young and didn’t realize bandwagon jumping was a bad thing, but over the years I’ve come to love those teams even more. Barry Switzer ran up a $100,000 bar tab during Super Bowl week in 1995. And then won. Those teams were glorious.”

If this list were constructed on individual accolades, Manning would have to be at the top. A thirteen-time Pro Bowler, five-time MVP, with four passing titles over more than a decade, ten first- and second- team nods, the elder Manning sibling, who was synonymous with the Colts for the first jaunt of his tenure and is now recreating that deity status in Colorado, is one of the best to ever play quarterback. QBs are picked first so often because a good one can set you up with perennial contendership for over a decade — like Manning in Indiana.

Unfortunately for Peyton, team success has to factor into the equation. Even as the face of the best offense ever seen by the NFL, he’s still 1-3 in Super Bowl appearances, and his regular season dominance has not lead to an equivalent amount of post-season success. Football is a team sport, and Manning apologists can rightly point toward a myriad of reasons why Manning’s not wearing as many rings as, say, Tom Brady, it’s still got to go against him.

Especially when you compare him to his Broncos contemporary, John Elway. Is Elway a better quarterback than Manning? Sitting down with people who know their stuff, comparing tape, the jury might  go either way. It might even go to Manning. But there’s no prize for second place in the NFL, and the only reason Elway’s lost more Super Bowls than Manning is because he’s made it to the Super Bowl more often. While he’s “only” got nine All-Pro selections compared to Peyton, Elway’s teams were more successful when it counted, and that gives him the nod. 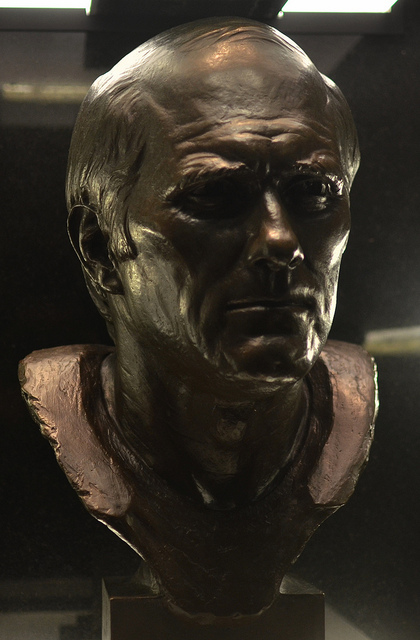 And that’s why TB gets the nod. The first pick of the post-merger NFL, Bradshaw helped the Steelers pull down four NFL championships in his first decade in the league, and he called his own plays the whole time. While his three Pro Bowl appearances may seem like an admission of his inferiority to Elway and Manning, this league is all about winning — per Vince Lombardi — and Bradshaw has more Super Bowl rings than any of his contemporaries. In fact, he has more than everyone on this list combined, save Aikman. His record for the post-season is 14-5. Viva Terry Bradshaw. Check out some highlights of him below: