Major League Baseball has more than its share of quirks. If you’d like to study the financing details of a ten-year player contract to find out how much so-and-so will make in 2021, there’s a stat for that. On the other hand, trying to find how much a baseball team’s manager earns is like trying to nab state secrets from a tight-lipped Soviet spy.

Some details have managed to leak out in recent years on the salaries of the game’s high profile skippers. None of them makes even the top ten on the Forbes best-paid U.S. coaches list.

When legends Jim Leyland, Bobby Cox, and Tony LaRussa retired, that left job openings at some of the sport’s top franchises. At least for now, baseball team owners are paying enormous sums to ballplayers but are getting the better end of the bargain when it comes to managers. Maybe that’s why teams are not forthcoming when it comes to how much their skippers earn. Based on the evidence at hand, here are the six top-paid managers in baseball for 2014. 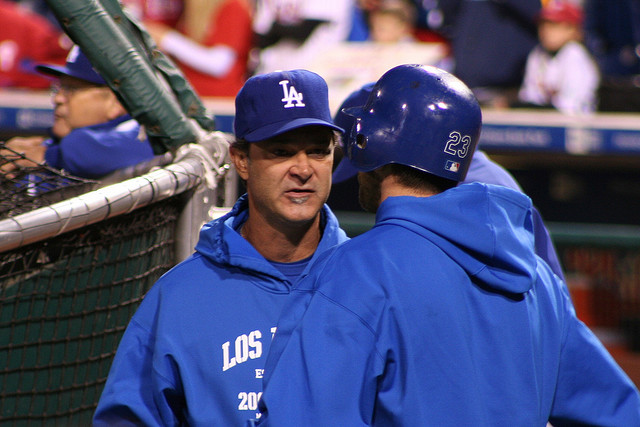 Don Mattingly caught a great deal of flack in 2013 while trying to lead his injury-battered team to the playoffs (which he did). LA wisely resigned the former Yankee captain and rock in the dugout at Dodger Stadium ahead of the 2014 season. While management kept the details of the three-year contract under wraps, estimates based on Mattingly’s previously reported salary put his new deal in the range of $3.5 million to $5 million over the three years.

That puts Donnie Baseball around $1.6 million per year in 2014, making him one of the highest paid managers in the game. He earns about half that just for dealing with Yasiel Puig on a daily basis. 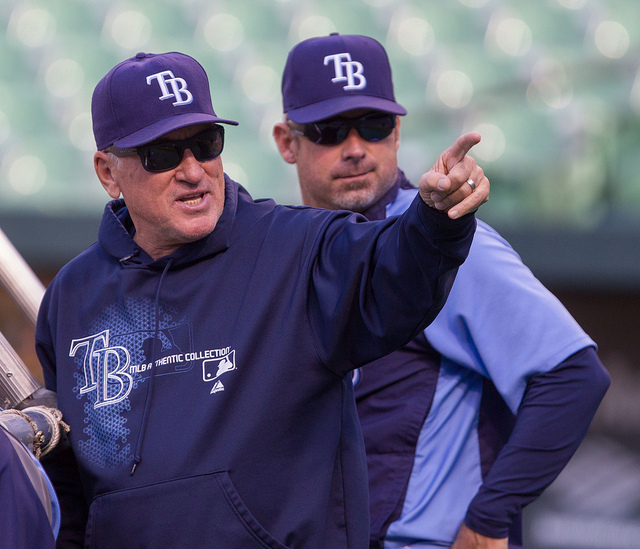 Many consider Joe Maddon to be the best manager in baseball, but he won’t be paid the most in 2014. That fits in nicely with the Rays philosophy of getting the most out of their buck. Moneyball extends to the coaching staff as well as the players on the field. Maddon signed a three-year extension with Tampa worth approximtely $6 million, or $2 million a year, through the 2015 season.

Since his first two-year contract worth a total of $1.1 million ($550,000 per year) for the 2006 and 2007 seasons, Maddon has gotten a raise at every new contract negotiation. There’s no reason to believe that trend won’t continue once his current contract ends after the 2015 season.

Note: Ron Gardenhire, whose salary is impossible to estimate, probably earns more than Mattingly and Maddon in 2014. 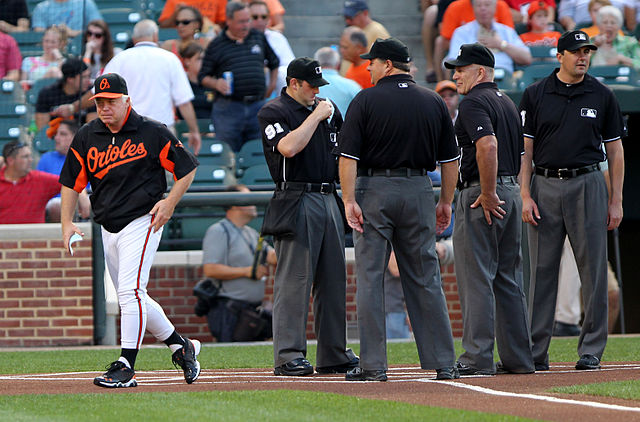 Baltimore had made the excellent draft picks by the time Buck Showalter was hired as manager, but they lacked the leadership and team culture that would turn the quality personnel into a winning baseball team. Showalter seemed to manage that feat overnight when he came on as skipper at the end of the 2010 season. Before the 2013 season, Baltimore extended Showalter’s contract through 2018.

After making $1.5 million per year in his previous deal, Showalter was reportedly going to earn “somewhat less than $3 million per year through 2018,” according to sources speaking with the Baltimore Sun. In other words, owner Peter Angelos rewarded his talented skipper appropriately. 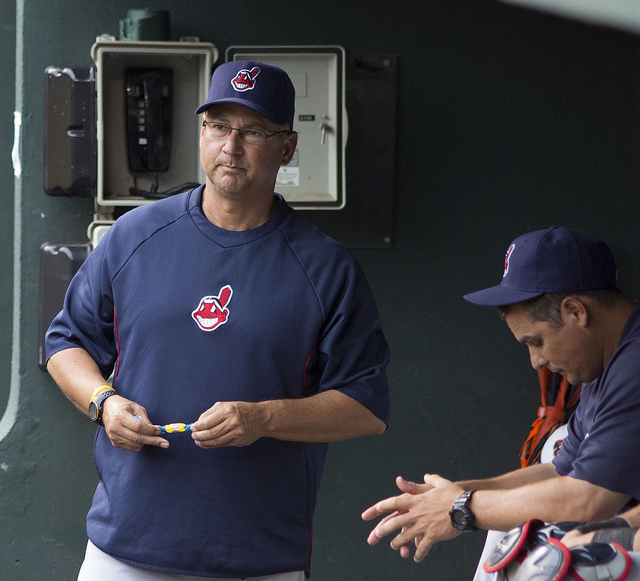 There is no public acknowledgment that Terry Francona is making over $3 million per year to manage the Cleveland Indians, but the evidence behind this conclusion is convincing. Francona made over $3 million a year managing Boston and had even higher paying options about to go into effect. When he took the job in Cleveland, it was a situation where the team needed him more than he needed the Indians. The estimates of a minimum $3 million per annum ranks Francona in the upper echelon of manager salaries for the 2014 season. 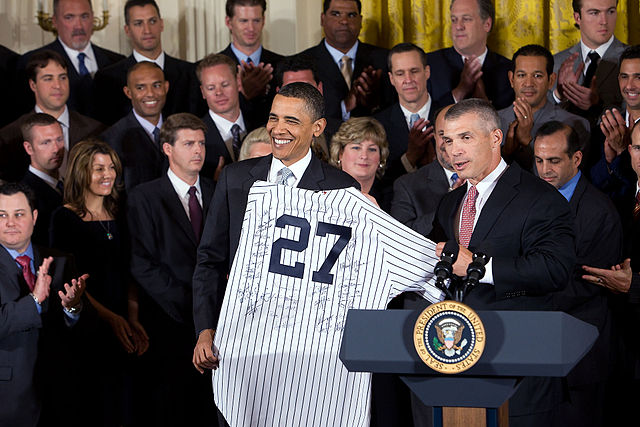 When Joe Girardi took over for Joe Torre in the Bronx at the start of the 2008 season, he had one directive: bring home World Series title No. 27  to the Yankees. Girardi wore the number on his back to remind himself of this goal on a daily basis. In 2009, the Yankees added a twenty-seventh banner to the impossible collection, so Girardi went and changed his number to 28.

It’s this singular focus Yankees brass loves in the former catcher who won championships with the Yankees as both player and manager. The daily grind of press conferences and media blitzes in New York is no cake walk, but Girardi has mastered the art of answering every question while saying very little. Nothing works quite like boring the relentless media to death. This technique has allowed Girardi to keep the focus on the field and give his players the mental space to do their job. He’s paid handsomely for his work at $4 million a year. 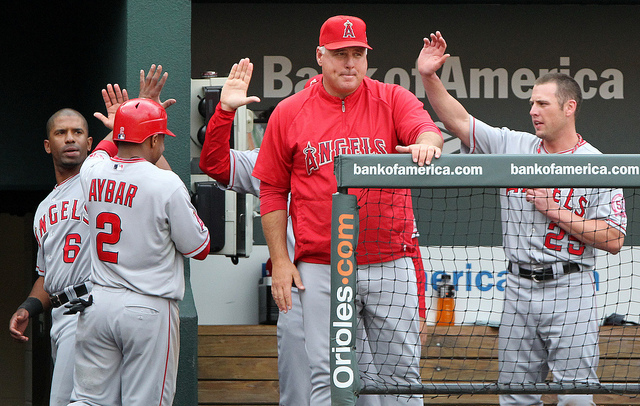 Angels manager Mike Scioscia was always a skipper whose mark was immediately recognizable when he had the baserunners to execute his aggressive style of play. Since his team has been stocked with slower power hitters in recent years, it’s more difficult to see the Scioscia effect on his team. However, he received the biggest payday in managerial history when owner Arte Moreno gave Scioscia a ten-year deal reportedly worth $50 million.

Signed through the 2018 season, Scioscia has the type of job security that is rare in professional sports. Even if the Angels were unhappy with their manager, firing him would prove so costly it wouldn’t make sense. Scioscia remains one of the most strategically skilled managers in the game. He’s definitely the highest paid.