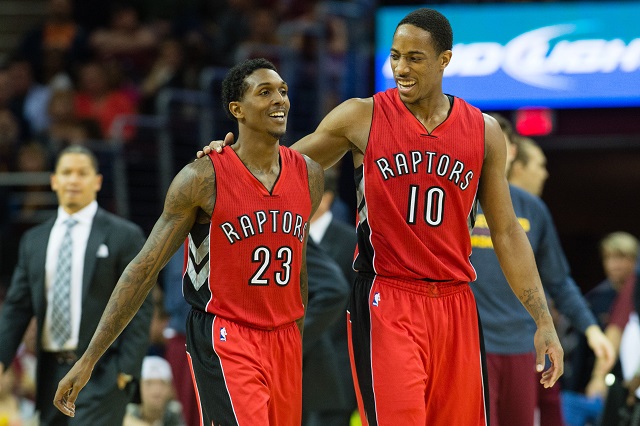 Now that we’ve brushed past the honeymoon period of the NBA season — even if we’re not at that point in the year when everyone really starts to get back on the basketball bandwagon (that happens in earnest around Christmas, when the league has nationally televised games on all day) it’s high time to start assessing the teams that offer viewers something special, because no one’s interested in watching a squad that isn’t fun to spectate unless they have an allegiance to the franchise, a deep enough loyalty that they’re still willing to show up and support some basement dwellers. We’re sorry, Sixers fans.

While each of the 30 teams that make up the National Basketball Association offer some redeeming value, even if it’s as marginal as watching a rookie or journeyman light it up for a few games, there are some squads that are better to watch on a given Wednesday night than others, and because we’re sadomasochists who willingly enjoy watching bad basketball, we’ve watched everyone in the league. So far, these are the seven teams that have stood out to us as worth checking out on a semi-regular basis, even if they’re for drastically different reasons. Bear with us, and keep this list in mind when you’ve got your hand hovered over the remote, surfing for the next game to watch.

Now, wait a minute, you might be saying to yourself, the Lakers and the Celtics are terrible. Stand up, falling down terrible. Are we really supposed to believe that there’s any fun to be had watching Kobe and Rondo fume away on bad teams? Well, yes, if you’re into schadenfreude, you’ll find a lot to laugh at here, but more importantly, these teams make for entertaining games because of how bad they are. The Celtics can’t guard anyone, and the Lakers are essentially reduced to relying on Kobe Bryant’s single-minded goal of scoring as many baskets as possible in order to stay even remotely competitive. Those factors lead to some really fun games.

We’ve got a few Celtics and Lakers fans on staff, so trust us, we’re well aware of why you should watch these games, and it’s typically to tune into one of them repeatedly blowing a close game. As staff writer (and Lakers fan) Tim Cary put it “The most exciting player to watch: Kobe Bryant…because that’s what four Lakers on the floor are doing during every important fourth-quarter possession.” At least Kobe can actually get a shot off when he wants to, though. Boston’s not quite so lucky. If you need us, we’ll be crying in the corner. 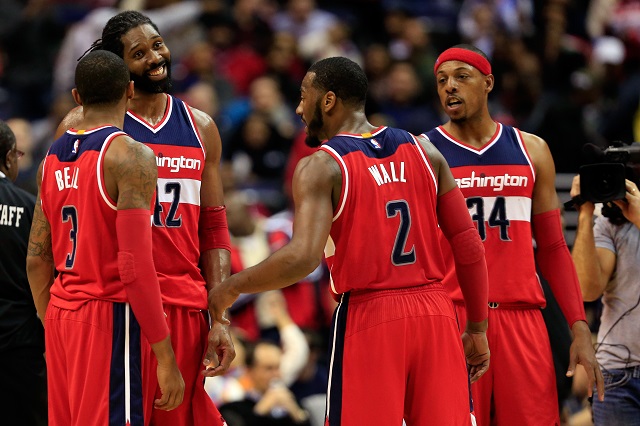 5. Washington Wizards
Unlike the Celtics or the Lakers, the Wizards are a team you should check out because they’re playing really fun, infectious basketball. With the always-promising and always-inconsistent backcourt of John Wall and Bradley Beal finally looking like the lottery talents that they are, plus a front court filled out by Marcin Gortat and Nene, this team is a blast to watch when they’re healthy (that said, Nene’s already dealing with planter fasciitis, because of course he is), and they’ve been piling up the wins as a result. They’ve got some veteran depth, nine wins to their credit, and some pretty fantastic highlight reels coming as a result.

While the Western Conference remains the place to be, as far as offense is concerned, but the Wizards emphasis on spacing can make for some really spectacular driving and dishing. It’s not quite the Princeton offense, as far as having capable ball handlers at every position is concerned, but Washington’s certainly got one of the most multifaceted starting fives in the entire league. 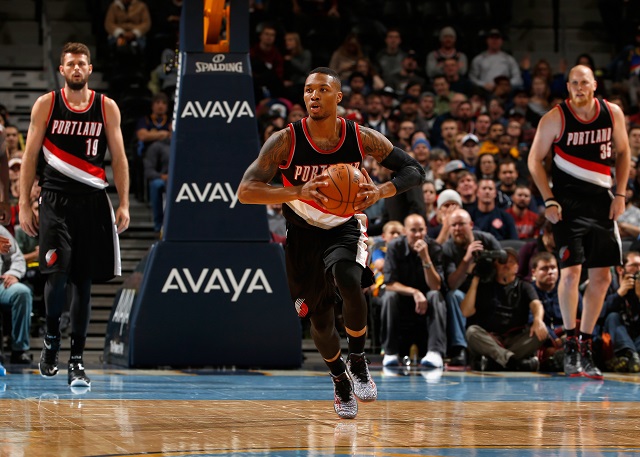 If you’re the kind of person who frequents basketball blogs, news, or coverage on the Internet, you’re probably aware that the long two is often derided as the “worst shot in basketball.” This is a shame, because it tends to lead to people devaluing players like LaMarcus Aldridge, who is the king of the 18-foot elbow jumper, and combined with point guard Damian Lillard, the Trail Blazers have one of the best 1-4 pick and pops in the entire league (and their pick and roll game isn’t too shabby, either). Rounded out by Robin Lopez (aka Shaggy ‘Pez), Nicolas Batum, and Wesley Matthews, the Blazers took the league by storm last year when they cruised out to a massive early season winning streak, before coming down to earth slightly before a compelling series against the Houston Rockets last year.

And, ok, they got completely dismantled by the Spurs in the second round, but the Spurs were running roughshod over everyone except the Mavericks during that playoff season. You can’t hold their loss to the eventual NBA champions against them too much. More importantly, they look to have locked into a comfortable core, and are starting to fill out a bench that was threadbare two years ago and simply serviceable last season. Things are looking up for fans of the PDX team, and the enthusiasm is infectious. 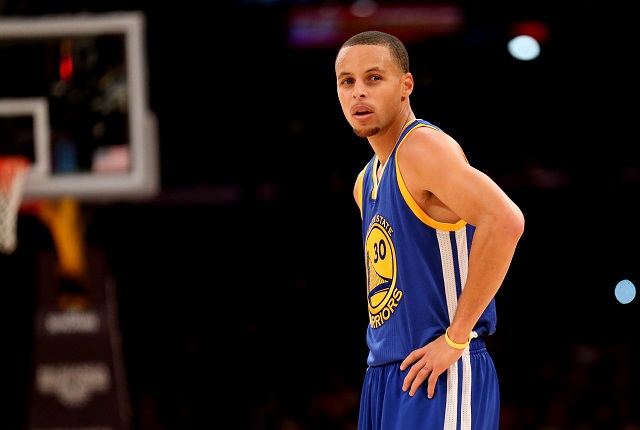 It’s almost a cliché  at this point, but the Golden State Warriors are a blast to watch. Featuring the best passing among any starting five in the league, the Dubs are in the midst of a long-coming renaissance, and the team was voted the most fun to watch by NBA GMs earlier this year. That wasn’t even close, as 51% of the general managers who responded to the survey answered that question with the Warriors, and the second place Clippers managed just 21%.

With new head coach Steve Kerr, the Bay Area team has stormed out to a 10-2 record, and while we’ll be sad if they do depart the Oracle Arena, which houses the loudest basketball fans in the entire league, we’re sure that their new spot will be just as filled with tremendous passing. Now all they need is for Harrison Barnes to play well enough to justify those old Kobe comparisons, and they’ll be in serious contention for an NBA title. We’d also be remiss if we didn’t point out that Steph Curry routinely makes shots no one should have any business attempting in a professional game, but we’re pretty sure you already knew that. 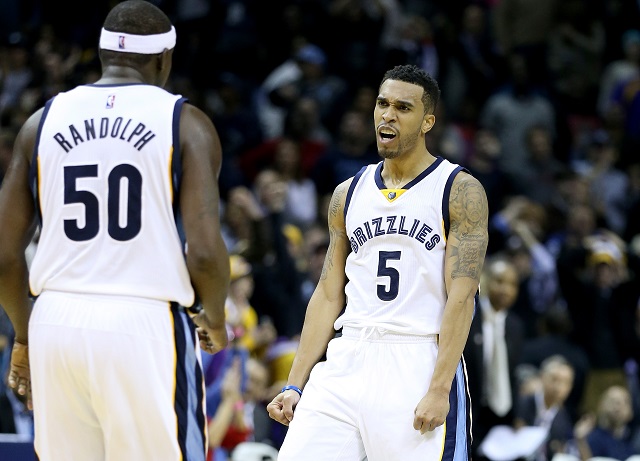 The yin to the Warriors’ yang, the Memphis Grizzlies emphasize the sort of hard-nosed defense that used to be the NBA’s way of winning games. While they’re decidedly friendlier than the Bad Boy Pistons or the neigh-unwatchable New York Knicks of the ’90s, the Grindhouse are dedicated to beating you up on both ends of the ball, featuring the twin towers of Marc Gasol and Zach Randolph and the best defensive wing in the league in Tony Allen.

The other key to Memphis’s watchability? Their boom and bust potential. More than most teams in the league, the Grizz tend to reside in moments of extreme effectiveness and moments of great futility (mostly on offense), a sliding scale that tends to hang on the relative health of their key players. That’s true of most teams, of course, but with Memphis it becomes the difference between being a first round out and being a dark horse contender for the title. You want to watch this team, especially if you like great defense, but also because they just seem so darn excited to be playing in the first place. 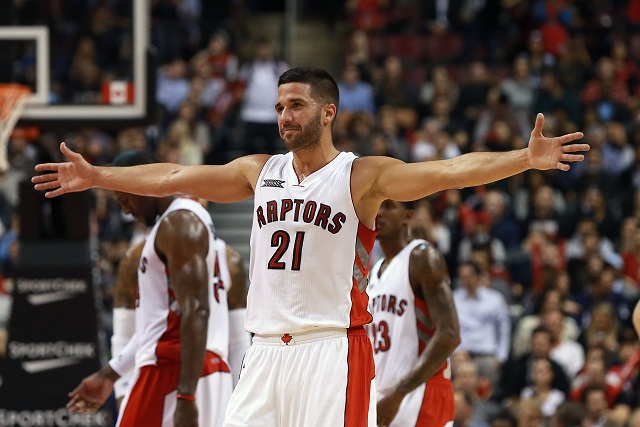 No team typifies that sort of zeal than the Toronto Raptors — two decades into the franchise’s history, the only remaining Canadian NBA team is finally having their chance in the sun. They lost Vince Carter, they lost Chris Bosh, but they’ve wandered into dominance over not just the Atlantic Division (no big feat, to be honest, the rest of the teams there are in a bad way right now) but also the entire Eastern Conference. It’s a long time coming for a team that’s been consistently underachieving to this point in their NBA tenure. No one can say if their success is sustainable, but for now the Raptors are on a long, wild ride of winning games, and they’re doing it in style.

Plus, they have Lou Williams, one of the most entertaining shooting guards in the game. They’re athletic, fast, and however improbably, playing awesomely. Also of note: Kyle Lowry and Terrance Ross are both playing out of their minds, and Jonas Valanciunas is finally proving why he was such a high draft pick.