There’s arguably nothing more important to a sports team than their name  — and not just because each team needs a label, but in the ontological sense as well. The team’s name determines who they are, and lays out signifiers about what the team is all about, which is why it is impossible to escape teams that take their identification from natural predators, impressive weather events, and other things which are, when actually viewed, awe-inspiring.

Think about it; for the same reasons you might not want to attach yourself too hastily to a squad called the Millipedes or something (no offense to millipedes), fans are universally attracted to similar tropes and themes. And so the same names get reused over, and over, and over again. If it ain’t broke, don’t fix it.

Here are the seven most common team names in the United States, ranging from high schools all the way to the professional ranks, courtesy of MascotDB. See if you can spot any commonalities.

Of these, the NFL’s Detroit Lions are probably the best known, but they’re just one hundredth of a percent of the Lions that have seen fields all across the country. What’s the appeal of a lion? In addition to the fact that they’re big, imposing animals (big cats are a big draw when it comes to sports teams), there’s also religious and political iconography to consider: Everyone wants to take a piece of the lion’s pie since they’re so darn majestic.

We’re actually surprised that the ‘Warriors’ team name grades out so low on this list, considering that the sports-to-war correlation has been drawn roughly 55 million times and counting. It’s worth pointing out that this is the first, and last, noun-as-concept to make an appearance on this list, since a ‘warrior’ isn’t actually an animal or some kind of naturally occurring species. It’s a designation or an occupation. Slightly more difficult to define in the mind’s eye than a lion or a wildcat.

Big cat? Check. Famous team? Check. The opportunity for some people to dress up as big cats in order to actively extoll the virtues of a franchise to throngs of the team’s supporters? Check, check, and check. While the most famous Wildcats are probably those based out of the University of Kentucky, the name has been used in women’s football, semipro basketball, and in high school sports programs around the country.

The second-to-last instance of a large, predatory cat on this list, the Panthers are both an NFL and an NHL team, plus over a thousand collegiate, semipro, and high school teams. We bet you’d forgotten about the Florida Panthers, too, even though they were in possession of the first pick of the 2014 NHL draft. 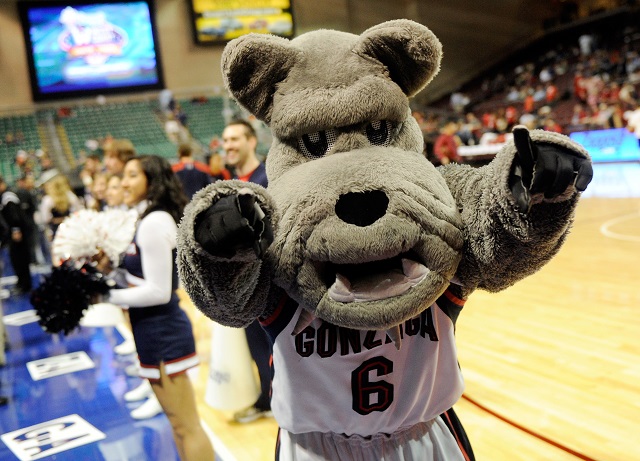 The only team name on this list that don’t have an analogous team in any of the U.S.’s four major team sports, although the NFL featured a team named the Boston Bulldogs for roughly 5 minutes — they only lasted for one season, in 1929, before folding. Under their prior name, the Pottsville Maroons, they were involved with the 1925 NFL championship scandal: disqualified from the league for playing an unsanctioned exhibition game. Seriously. Also the only canine in the top seven.

While the NFL team doesn’t count — even though ‘Bengals’ is short for ‘Bengal Tigers’ — the Tigers still have professional representation courtesy of the Detroit baseball team. What’s the takeaway? That Michigan loves professional teams named after big cats? Exactly. That is exactly correct and something the state shares with thousands of high schools and colleges across the country. 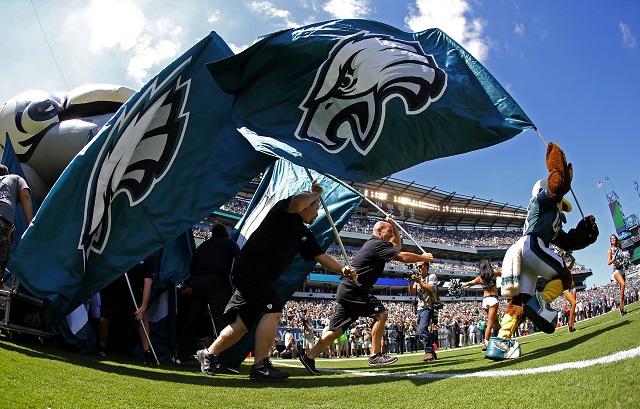 So why the Eagles? This one’s easy enough: As the country’s national symbol, and with the central narrative that sports play in the nation’s daily discourse, calling your team ‘The Eagles’ is about as safe a choice as calling your team ‘The Team that is not bad and doesn’t bring to mind anything that is bad at all ever.’ Only it’s shorter, and more visually striking. We imagine that, had the U.S.A.’s origin story gone differently, the Turkeys would be at the top of this list.