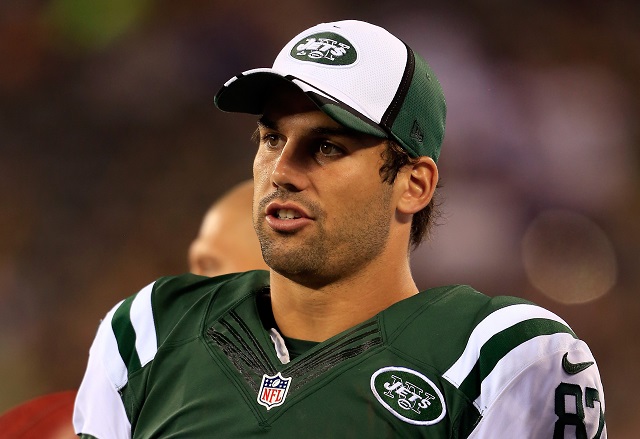 When Eric Decker was on the Denver Broncos, he was a beloved catcher of passes, one of the guys on one of the best offensive teams ever assembled in the NFL. Things were good for Decker, and he was able to turn his play into a very nice contract. That’s a good thing, since it mean’s he’s getting a bunch of money for his athletic ability, but it’s also hard earned, since he’s now chilling his heels on the New York Jets, who are a significantly worse team than the Broncos. News to absolutely no one. Also of note: Eric Decker has a Twitter account, and since he’s a professional athlete, he has lots of followers. Using that Twitter account, Decker sent out what was, essentially, a feel good Tweet aimed at appeasing the fanbase by interacting with them directly. Here’s what the Tweet said:

#jetsnation, tell me why you love the @nyjets using #jetsdiehardfan and I’ll send a signed prize to my favorite.

Harmless, right? Well, typically, sure. But the Jets have only managed one win by the halfway point of the season, so some of their fans have turned a little salty. Here’s some of the best responses. 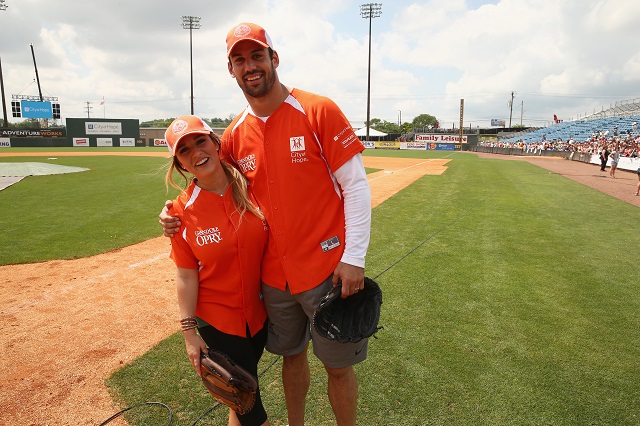 The Significant Other Jokes

There are some people that attribute or equate Jets fandom to different aspects of their relationships. Some of them are sad, some of them are hilarious, but we’re hoping that none of them are true. We feel for you, Amy and Chris.

Because for once I’m not the reason my bf is crying & drinking heavily. @EricDecker87 @nyjets #jetsdiehardfan #jetsnation — Amy Harber (@AmyHarber) October 30, 2014

@EricDecker87 @nyjets Because even when my girlfriend won’t, the Jets will always F*** me. #jetsdiehardfan

Also of note: Decker’s wife (pictured above) responded to the initial wave of tweets with a cutting remark, now deleted (along with her entire Twitter account) about the haters, and whether or not Mr. Decker actually cared about them. No word on whether Mrs. Decker, who goes by Jessie James, is a Young Jeezy fan.

Football and beer go together as well as, well, almost anything and beer, and several Jets fans conflated the two quite quickly when confronted with Decker’s quandary. This also raises a question about why Twitter doesn’t have a breathalyzer on it. Just like email, nothing good can come from Tweeting while intoxicated. Nothing. 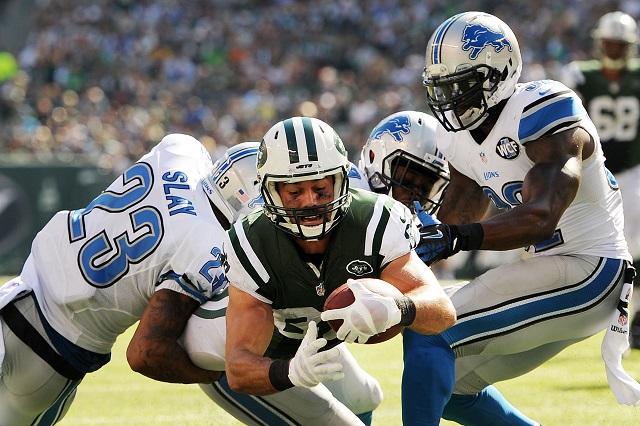 Some people found that their only solace to thinking about their Jets fandom was to go deep with it. Really deep. To dark places where the sun cannot reach. Also with some prime advice for getting ready to face the work week, as well as your own mortality.

@EricDecker87 because no matter how bad work is on Monday, it’s always better than Sunday #jetsdiehardfan 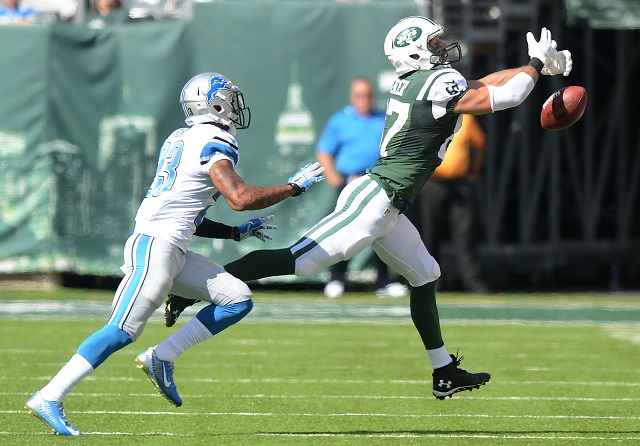 And then there were those Jets fans who forced themselves to avoid the butt fumble of a snarky reaction and look straight at, and only at, the silver lining. Even if some of those silver linings were pretty mean.

#jetsdiehardfan because you can buy all their gear on clearance. GO JETS!

“@Lerner_David: @EricDecker87 @nyjets #jetsdiehardfan because its easier to sit through 16 games of this then 162 games of the mets…” Yep

@EricDecker87 @nyjets because my birthday is always near the Super Bowl so I know I’ll always be free that night. #jetsdiehardfan