The Boston Celtics ride a seven-game win streak into Thursday night’s game with the Golden State Warriors. Including last year’s NBA Finals, the Warriors have beaten the Celtics four straight times. The Celtics own the best record in the NBA at 33-12 and are looking for a return trip to the championship round.

Boston is well-rested after having last played Monday afternoon in Charlotte. A bizarre stat shows that a well-rested Celtics team should bode well for the Warriors.

The Celtics are in much better shape than they were this time last year, and that should be concerning to the rest of the NBA. Boston has 33 wins in 45 games this year and was 23-22 at this point last season. The Celtics hovered around the .500 mark for much of last year before they turned it on late to become the No. 2 seed in the Eastern Conference.

Boston’s only rough patch this year came during an 11-day stretch from Dec. 10 to Dec. 21, when the Celtics dropped five of six games. Since then, they’ve won 11 of 13 games and hold a four-game lead over the Milwaukee Bucks for first place in the conference.

The Celtics have clearly been motivated by last year’s loss to the Warriors in the Finals. They know what it takes to get there, and they’ve put together a strong start to the season, led by a hungry Jayson Tatum. Tatum has been in the MVP race all season, averaging career-highs in points (31.1) and rebounds (8.3). Tatum’s desire to get to the basket more this year has gotten him to the foul line more and added another dimension to his already-potent game.

The biggest difference between this year’s Celtics team and last year’s is the bench. A year ago, they consistently went eight deep. Brad Stevens immediately addressed the issue in the offseason, trading for veteran guard Malcolm Brogdon, who has been the unquestioned leader of the second unit. Boston has been the real deal this season and needs to continue its strong play for a chance at banner No. 18. 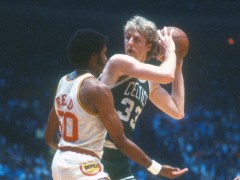 Larry Bird Never Got Star Treatment From His Boston Celtics Teammates, and That’s How He Wanted It 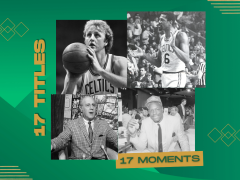 The Warriors head to TD Garden on Thursday with a 22-22 mark. Like the Celtics, they haven’t played since Monday, a 127-118 victory over the Washington Wizards. Before that game, Golden State had dropped four of its last five games.

While both teams come in with two full days of rest, that seems to work to Golden State’s advantage. For some reason, the Celtics have struggled when well-rested.

Of Boston’s 12 losses, seven of them have come when they have had two or more days of rest. According to Celtics radio play-by-play man Sean Grande, they’ve also had a -5.4 scoring margin in those games.

In back-to-back games this season, the Celtics are 7-0. In games with one day of rest, Boston is 24-5. During their current seven-game win streak, six of the wins came with one day of rest. The other, a 109-98 road win over the Brooklyn Nets, came one day after beating the New Orleans Pelicans at home.

It may not mean a whole lot in the grand scheme of things, but if there is anything to this bizarre stat, the Warriors are looking at a fifth straight win over the Celtics.