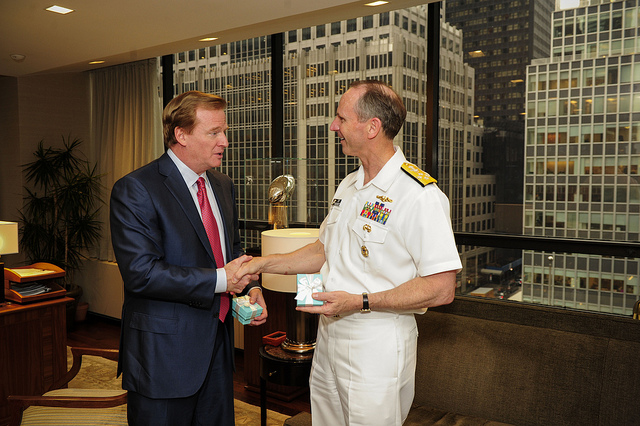 Unless everyone in the league is using HGH, the usage constitutes an unfair, dare we say unsporting, advantage. That’s about as clear to the everyday fan as a player being offsides — regardless of the game or the sport, there are things that simply are not done. For athletes, who not only depend on their on-field successes to provide them with income, but also harbor an insanely competitive edge that brought them into professional sports in the first place, things are a little blurrier. The biggest point of contention, though, comes from the NFL front office’s reticence toward ceding authority to third parties.

Roger Goodell, the NFL commissioner and the face of the league’s administrative arm, is not a fan of having an arbiter determining the final outcome of each kind of infraction. More simply, in the words of NFLPA exec DeMaurice Smith, “The only thing that has not been agreed to is there is neutral arbitration for every aspect of the drug policy except in cases where there is a violation of law or where there is an evidence-based violation of the drug policy that didn’t result in a positive test.” Smith told ESPN, “We’ve agreed to everything, except the commissioner wants to be the hearing officer in those final two cases. That’s the only thing that’s held this up.”

If that’s true — and, of course, the league office denies it without denying it in that ESPN article, accusing the union of shifting the goalposts around and essentially ignoring the allegation — then the Commish is guilty of continuing to defraud the NFL fanbase of the chance to see a more-fair version of the sport in favor of his own authority. The Ginger Hammer, named for his forceful exercise of his ability to level suspensions for violations of league policy, is not known for his fandom of neutral third parties. 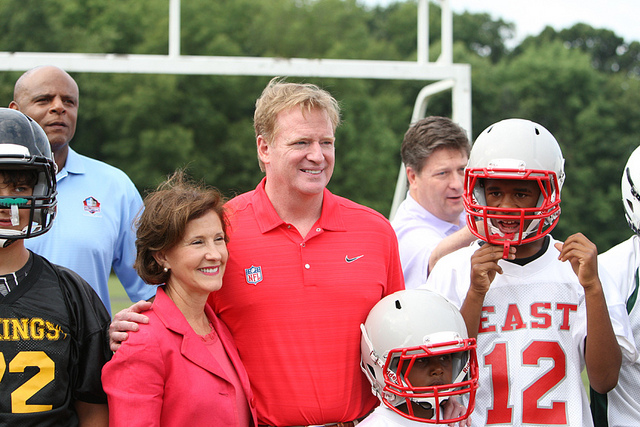 Goodell, who avoided the interesting, important questions to make duck puns in a recent Twitter Q&A, seems to put more stock in having the ultimate authority over player punishments than reaching a fair settlement with NFL players over the detrimental effects that their playing careers have on the rest of their lives, and putting a higher premium on New Jersey’s attempts to legalize sports gambling than allowing a third party to dole out punishments.

“Because of the threat to the goodwill and integrity of NFL football, and to the fundamental bond of loyalty and devotion between fans and teams,” Goodell said in 2012, “the NFL has repeatedly and consistently been a leading opponent of legalized sports gambling.”

Read that first segment again, then remember that Goodell was the same commissioner who eased the ban on casino advertisements in the NFL. The biggest threat to the goodwill and integrity of NFL football is not the spectre of match fixing (when pressed under oath, Goodell admitted he had no knowledge that a game had ever been fixed), but the reality of unregulated and unaccounted for PED use. The easiest way to combat the problem? With blood testing. The easiest way for that to become a reality? For Roger Goodell to ease up on his personal control and compromise with the union’s request for neutral arbitration in all cases regarding drug testing.