Have you ever found yourself watching ESPN Sunday Night Baseball and immediately started thinking to yourself, “Is this Groundhog Day? Didn’t these two teams just play each other? When did we become Bill Murray?”

Maybe we’re alone with the last question, but we’re certainly not when it comes to questioning the scheduling behind Sunday Night Baseball. The major markets must have a hold on the Game of the Week. Right? 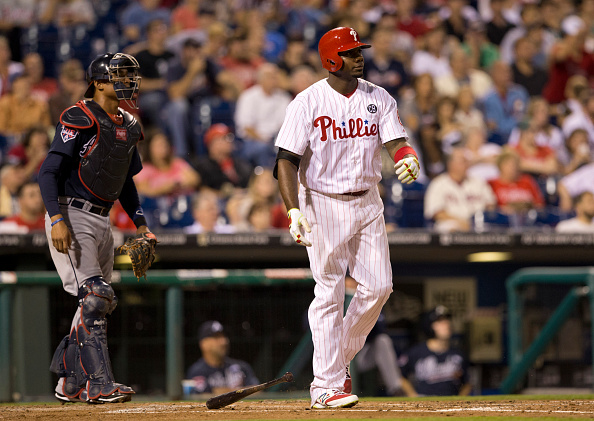 The Philadelphia Phillies and the Atlanta Braves are probably the top rivalry in the National League East. The Braves are thought to be the “Team of the ’90s,” and the Phillies won their last World Series in 2008. When these two rivals meet, you can expect fireworks.

There is no denying the energy in the air when the New York Mets battle the New York Yankees. After all, this is all about supremacy of the Big Apple. These two squads met in the 2000 World Series, and each time they go to battle, the Subway Series gets a little more exciting.

The Los Angeles Dodgers and the San Francisco Giants are the perennial powers of the National League West division. These two franchises are always trying to best one another, and when they get together things tend to get heated. It’s a show that’s always worth capturing.

There are arguments that suggest the St. Louis Cardinals and the Chicago Cubs have the best rivalry in baseball. These two National League Central powers have met over 2,200 times, and that dates back to their first meeting in 1885. Not to mention that the Cubs’ Wrigley Field is one of the most historic stadiums in all of sports. Couple that with histories that feature tons of titles, Hall of Famers, and extremely loyal fans, and it’s no wonder that ESPN wants to show this matchup whenever possible.

Also of note: this was the season opener for the 2015 season, as the Cards and the Cubs met at Wrigley Field on April 5.

The reason that Boston Red Sox and New York Yankees games find their way onto primetime is because there is legitimate animosity between these two organizations. No matter the record that either of these ball clubs may have at the time, the stars always show up for this rivalry. What started with The Curse of the Bambino, this matchup has given the world plenty to talk about. Everything from Aaron Boone’s Game 7 walk-off homer for the Yankees, to the Red Sox’s miraculous comeback from three games down, you never know what you’re going to get when these two American League East rivals get together. That’s why they always find themselves under the bright lights.

All data courtesy of BaseballEssential.com.