Back in September, Forbes released its always entertaining ‘Richest People in America’ list. Unsurprisingly Microsoft founder Bill Gates took the top spot, with Warren Buffett coming in No. 2. But ESPN highlighted a trend the same month that is at least a little more remarkable: 32 of those on Forbes’ list own professional teams and are some of the richest team owners in America.

The list features more NFL owners than any other league, but there are still some NBA and NHL team owners who deserve honorable mentions, including Orlando Magic owner Rich DeVos, who is worth $6.8 billion, and Buffalo Sabres owner Terry Pegula, who holds his ground at $3.1 billion. ESPN says that the richest person involved in sports is Nike  Chair Phil Knight, the 24th-richest American at $16.3 billion, but there are still some NFL team owners who are up there on the list, and we’re going to highlight 7 of them for you. 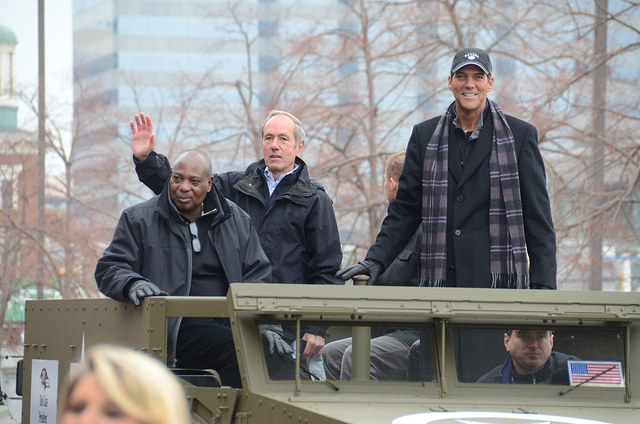 The first billionaire on our list is Stephen Bisciotti, worth a paltry $2.1 billion. Overall, Bisciotti is No. 260 on Forbes’ list of 400 richest Americans, but out of the NFL owners pool, he is the 7th. The billionaire is the current majority owner of the Baltimore Ravens, and he also is responsible for founding the group of technical staffing companies known as Allegis Group, which owns Aerotek and TEKsystems. He and his cousin Jim Davis started Aerotek in 1983, and once his company grew into the largest privately held staffing firm in the U.S., Bisciotti was ready to get his hands on a sports team, namely the Ravens. He has held control of the team since 2000 when NFL owners initially approved the sale of 49 percent of the team to Bisciotti, and now he is the second youngest owner in the NFL. 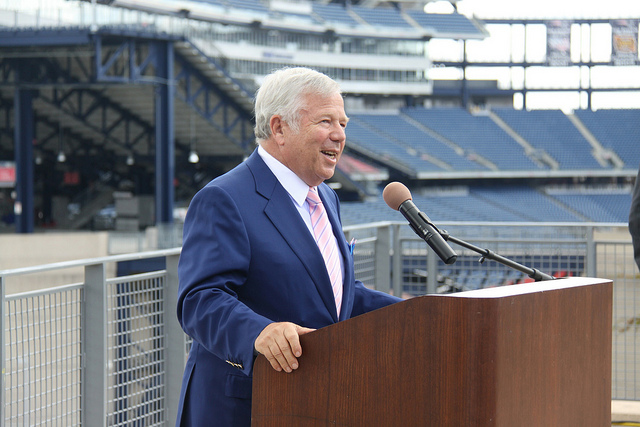 Robert Kraft is next at No. 6, thanks to his worth according to Forbes of $2.9 billion. Kraft owns an NFL team that has cultivated what some call an “underrated rivalry” with the aforementioned Ravens in recent years, and he is the proud head of the New England Patriots, along with the MLS’s New England Revolution. Outside of the sports world, Kraft is Chair and Chief Executive Officer of The Kraft Group, and is also lauded for his significant philanthropic efforts. His generosity was especially praised this past April when he announced he would match up to $100,000 in donations made for the Boston Marathon bombing victims through the New England Patriots Charitable Foundation. 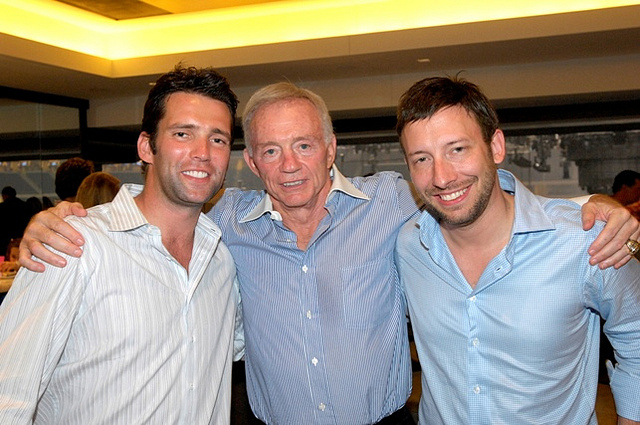 Jerry Jones comes in at No. 5 and stands his ground with a worth of $3 billion, just surpassing Kraft. Jones owns another high-profile team, the Dallas Cowboys, and there in Texas he is the owner, president, and general manager of the squad. Jones now has oil to thank for his mega success story, as he began an oil and gas exploration business in Arkansas after receiving his Master’s in 1970, and the company went on to become tremendously successful. The billionaire purchased the Cowboys in 1989 for $140 million, and still holds the reigns for the team. Though Jones is a controversial sports figure in the media, one can’t argue that he deserves his spot on Forbes’ list of Richest People. 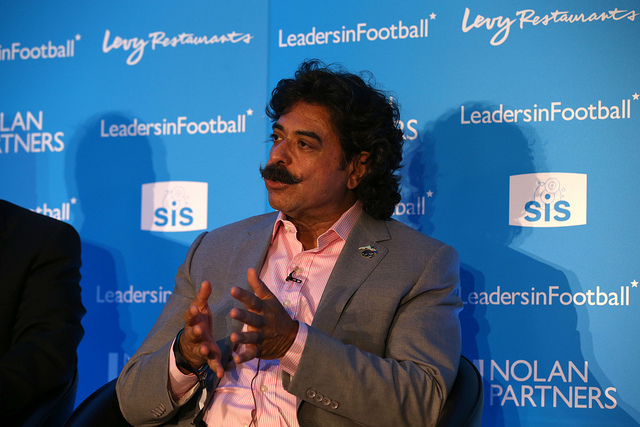 But as rich as Jerry Jones is, Shahid Khan is richer, and he makes our No. 4 rank with a worth of $3.8 billion, according to Forbes. Khan is the current owner of the Jacksonville Jaguars, and also owns the English Premier League team Fulham F.C., and automobile parts manufacturer Flex-N-Gate. Born in Pakistan, Khan is ranked 122nd on Forbes’ 400 list of richest Americans, and is considered the 490th wealthiest person in the world. The Pakistani earned his wealth by starting a company, Bumper Works, in 1978 that eventually grew into a 12,450-employee operation now named Flex-N-Gate. Khan first tried to purchase the St. Louis Rams in 2010, but was turned down, and a year later scored the Jaguars. 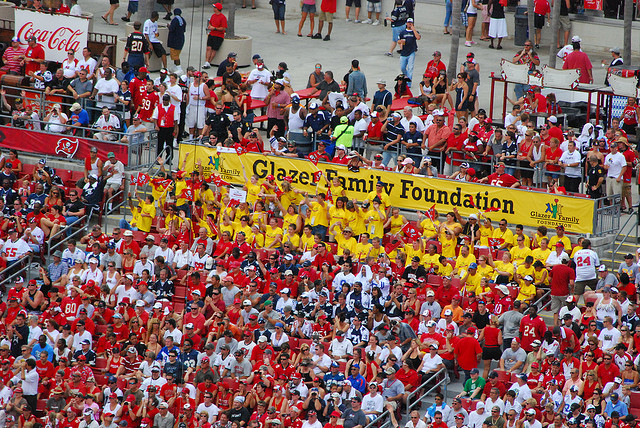 Getting closer to the top we come to Malcolm Glazer, the owner of the Tampa Bay Buccaneers and the English Premier League team Manchester United F.C. Glazer is worth $4.5 billion and is the president and chief executive officer of First Allied Corporation. Glazer is known for his significance presence in the sports world, and also in the business one, as his holding company has made him the owner of an impressive host of international holdings and public companies. He purchased the Buccaneers in 1995, and has been credited with reversing the Florida team’s fortunes, allowing the squad to nab a Super Bowl win in 2003. Like many of the other owners on this list, Glazer is also significantly involved in philanthropic work, and is known for his contribution to the Glazer Family Foundation’s Vision Program. 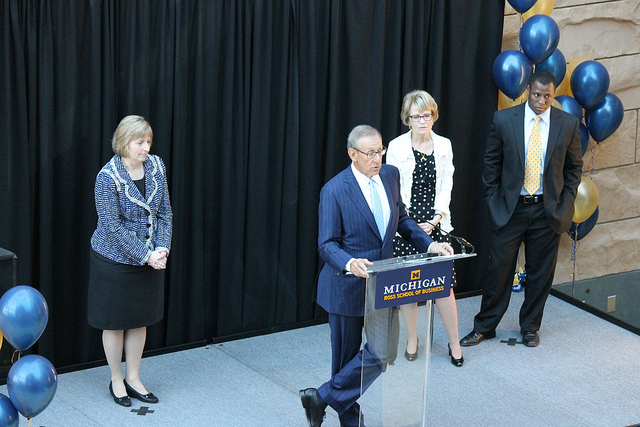 Stephen Ross comes in at No. 2 on our list, and the Miami Dolphins owner is worth $4.8 billion. Ross initially became involved in the Dolphins franchise when he bought 50 percent of the team  in 2008. The billionaire then closed on the purchase of an additional 45 percent of the Dolphins in 2009 and is now the majority owner. Aside from being the relatively newly minted Dolphins owner, Ross is the chairman and majority owner of The Related Companies, a global real estate development firm he founded in 1972, and he also is a major benefactor of his alma mater, the University of Michigan, whose business school is now named off of him. Ross has been praised for his charitable efforts for higher education, and in 2004, he made an outstanding $100 million donation to the University of Michigan, the single largest contribution at the time. 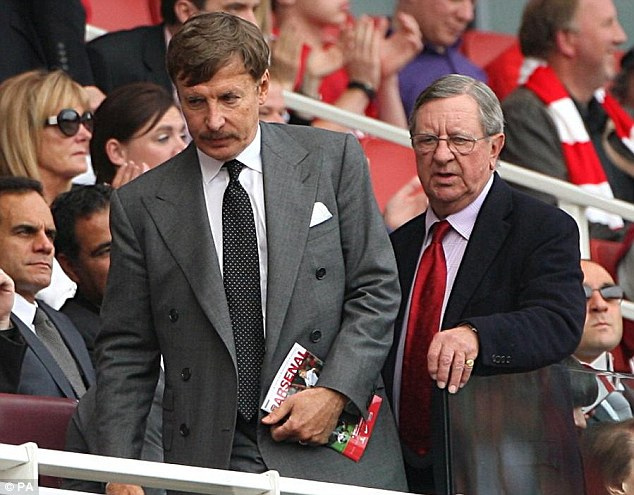 Then we come to Stan Kroenke, the NFL owner worth the most of any other sports team owner on Forbes’ 400 Richest Americans list. With a worth of $5.3 billion, Kroenke is not only owner of the St. Louis Rams, he is also owner of Kroenke Sports Enterprises, which means he also is responsible for the NBA’s Denver Nuggets, the MLS’s Colorado Rapids, the NHL’s Colorado Avalanche, and the National Lacrosse League’s Colorado Mammoth. Just in case that isn’t enough, the billionaire is also the largest shareholder of English football club Arsenal.

Kroenke founded the Kroenke Group in 1983 after marrying Ann Walton Kroenke in 1973, the daughter of Wal-Mart cofounder Bud Walton. Kroenke is also the Chair of THF Realty, an independent real estate development company.

Editor’s Note: According to a statement from the St. Louis Rams, Mr. Kroenke is not involved in the day-to-day operations at Wal-Mart and did not receive an inheritance, as reported earlier. The above post has been updated to reflect these changes.

Don’t Miss: The 9 Most Amazing Hole-in-Ones in Golf This Year.