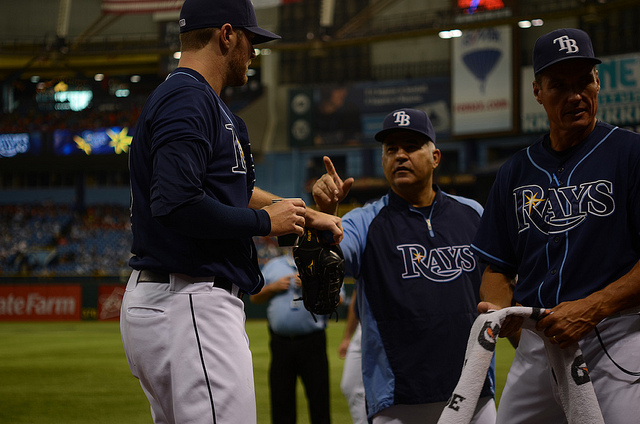 Perhaps nothing underscores the glacial pace of change in the world of baseball like the idea of a shift. Literally,  that is — the idea that players on the field should be oriented differently depending on which batter should be coming up to bat. According to ESPN, that started to change around 2006, when the Tampa Bay Rays moved their shortstop to the right half of the diamond whenever David Ortiz was on the mound.

Among those who might take issue with The Worldwide Leader in Sports’ assertion is Lou Boudreau, who used the strategy in the 1946 World Series to mess with Ted Williams. The move predates both ESPN and The Tampa Bay Rays, but either way, now the practice is as common as reading an article about the glories of sabermetrics. And the Rays do it so often that they’ve become the poster children for it, so ESPN isn’t totally off base, as it were.

Now that it has become so common, it seems — like the best ideas – the strategy is such a given that the only lingering question is why wasn’t this adapted sooner, and what kind of manager doesn’t notice that, hey, when pull hitter Big Papi is up to bat, he usually doesn’t hit it where the short stop would normally be (a pull hitter being a batter who tends to hit the ball to the same side of the field as he bats). Of course, there are some people who think that defensive shifts could be ruining baseball, and there are some who can run the math on that assertion, like the ever erudite Jeff Wiser over at Beyond The Box Score.

What we’re interested in, though, is what’s happening to teams that shift the most and whether they’re seeing positive or negative gains from defensive shifts — that is, it may only be hindering certain kinds of batters (pull-hitting lefties who can’t quite overcome their own natural inclinations) and hurting some teams that do it too much. Numbers used in this article were pulled from ESPN, Beyond The Box Score, and The Hardball Times. 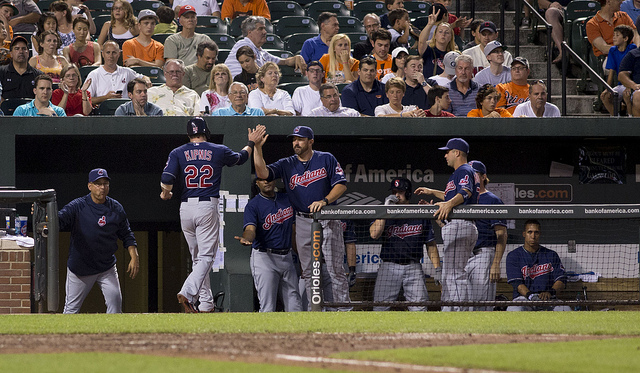 This is one of the weird things about sabermetrics data in the MLB: since so much of it is monetized, the different formulas and access to those formulas is split down the middle between the transparent and the carefully guarded. According to ESPN’s numbers, which are powered by Baseball Info Solutions, the Indians have shifted almost 82 percent more this year than they had at the same point in 2013, despite the fact that shifting seems to have had a negative effect on the team’s shifted runs saved.

Last year, looking at the 2013 Infield Shift Data provided by The Hardball Times, we can see that the Indians shifted 252 times in total, but that their shifting did have a positive effect on their defense, shown by lowering the BABIP — because baseball loves acronyms, that’s the Batting Average for Balls In Play. What The Hardball Times data allow for is the option to look at a team’s shifted and normal BABIP, figure out how many hits that the shift is saving (if any) by multiplying the shift difference by the number of times the team shifted, and determine if its a positive. Confusing?

Think about it this way: If the Indians shifted 253 times last year and produced a BAPIP difference of .025, they saved 6.3 hits. So it makes sense that they’d be shifting considerably more this year. The fact that they haven’t been able to reproduce their successes from last year, though, is concerning.

Like the Indians, the Royals had some success with shifting last year: over 275 shifts, the Kansas City ball club saved 5.5 hits. This year, they’re, uh, not doing that, although it’s worth pointing out that the Royals seem to have faced almost exactly the same kind of decline as the Indians. Maybe it’s something to do with that Midwestern air. Even more convincingly, the Royals are 32-32 so far, while the Indians are 33-32. Coincidence?

Unsurprisingly, the Rays, who finished 2013 with the second most shifts in the league and a massive amount of hits saved by doing so (they would end 2013 with over 19 hits saved, more than double any other team in the top five for total shifts), are shifting a lot this year, too. If it ain’t broke, right? Tampa Bay, who are showing the smallest increase in shifts from their results this time last year — “only” a 20 percent increase over their numbers from this point last year — don’t seem to be benefiting nearly as much from the strategy. Partially because, as ESPN puts it, the more times teams use the shift, the more often players will take advantage of it.

One of the issues with utilizing the infield shift occurs when the third baseman is forced to play closer to the midpoint between second and third, because it opens up the space where he normally is. A savvy hitter can take advantage of that field imbalance to turn the game on its head. Last year, Robinson Cano was able to illustrate this perfectly against the Red Sox when he bunted down the third base foul line for a double. 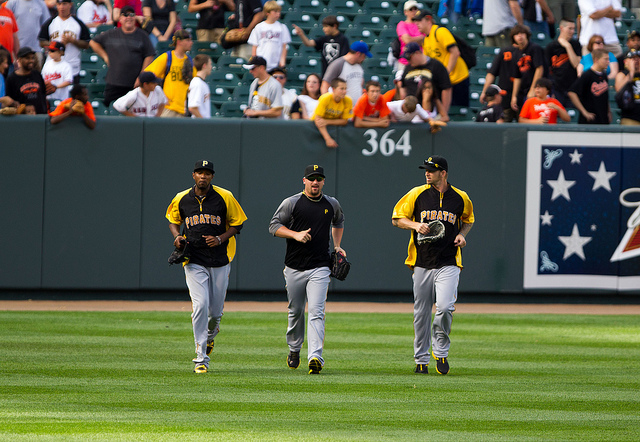 Take heart, Pittsburgh fans. It’s not just the stellar play of Andrew McCutchen that can keep you excited about the perennially underperforming Pirates squad, it’s also the fact that you’re one of the top two teams leading the league in defensive shifts –and you’re doing it way, way better than the No. 1 squad.  The Pirates, who are shifting just about 1.5 times as often this year (they’re up 44 percent from their June total in 2013), are hovering just under .500 with a 30-34 record and are looking to build on their first playoff appearance in two decades.

This is not a typo: The Yankees have gone all in on the shift in a big way this season, shifting over 127 percent more often than they were at this point last year, finishing the season with 326 shifts all year. They’ve also allowed an extra six runs on account of their shifting, a number that seems consistent with their woes last year, when they gave up almost six hits in regards to the BABIP. The Yankees, it seems, need to embrace their inner Cano and realize that the shift has some fairly obvious flaws.