In a recent release from the NFLPI, the marketing and licensing arm of the NFL Players Association, Seattle Seahawks quarterback Russell Wilson topped the list of merchandise sales in the NFL. The previous No. 1? We’ll give you a hint: He’s the same quarterback who Wilson stole Super Bowl shine from.

This merchandise period, from March 1, 2013, to February 28, 2014, “is based on total overall sales of all licensed products from online and traditional retail outlets as reported by more than 70 NFLPI licensees such as Nike, VF Imagewear, Fanatics, Outerstuff, Fathead, McFarlane Toys, Oyo Sportstoys, Bleacher Creatures, Forever Collectibles and Photo File,” read a statement from the NFLPI.

Read on to find out more about the top five merchandise-moving players in the NFL. 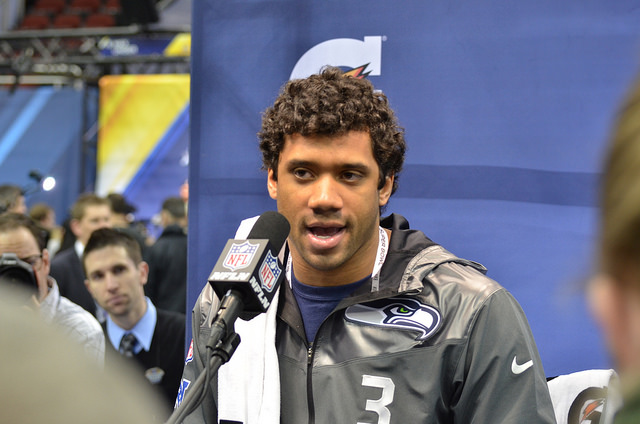 Though he was ranked 19th in merchandising the previous year, Wilson’s “meteoric rise” to the top of the list is really no surprise. After being drafted in the third round of the 2012 draft out of the University of Wisconsin, Wilson became the Seahawks’ starting quarterback in 2012 and had a passer rating greater than 100 in each of his first two seasons. Leading the Seahawks to last season’s Super Bowl only accentuated the gap with the rest of the league, said Steve Scebelo, the NFLPI’s vice president of licensing and business development: “He absolutely is a national player. His product is selling everywhere.”

Called “one of the most dominant quarterbacks in NFL history,” Manning has won a record five MVP regular-season awards and led the Indianapolis Colts to victory in Super Bowl XLI. Despite a loss in last season’s Super Bowl, Manning boasted incredible regular season numbers — statistically, the most productive season ever – setting records with 55 touchdown passes and 5,477 yards. “He’s probably the hardest-working guy I’ve been around who has great ability,” said former Colts head coach Tony Dungy. “Overachievers work hard because they have to. Peyton has rare talent, but chooses to push himself like he doesn’t.” 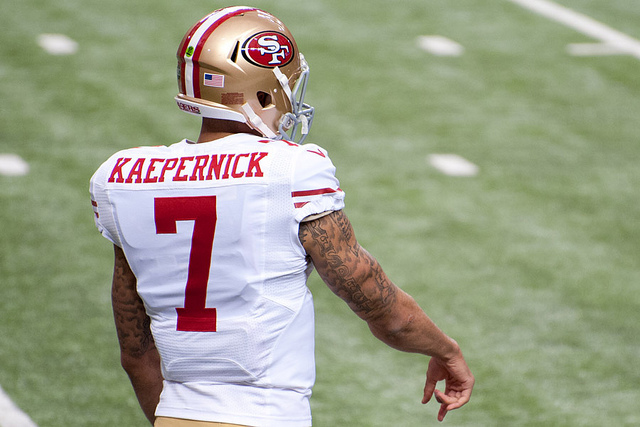 In the fourth grade, Kaepernick wrote a letter saying that he would be the starting quarterback for the San Francisco 49ers. “I hope I go to a good college in football then go to the pros and play on the Niners or the Packers, even if they aren’t good in seven years,” he wrote. Fast forward to 2014, and Kaepernick’s dreams have come true: After being drafted by the club in 2011, Kaepernick led the 49ers to Super Bowl XLVII less than two years later. A slim 6-foot-6 with his move (“Kaepernicking”) now trademarked, Kaepernick is careful about his marketing but makes moves – and memorable commercials – that pay off. 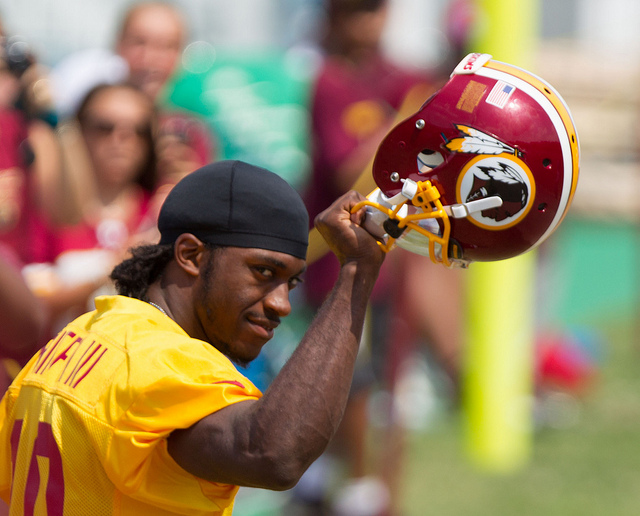 Also known as RGIII, Griffin won the 2011 Heisman Trophy as the nation’s top collegiate player during his time at Baylor after finishing with 4,293 passing yards and 37 touchdowns against just 6 interceptions; he ran for another 699 yards and 10 touchdowns. Selected with the No. 2 pick in the 2012 NFL Draft by the Washington Redskins, RGIII has quickly become one of the league’s most popular — and exciting — players. Though RGIII had a rough 2013 season because of nagging knee problems, quarterback guru Terry Shea said his March workouts with Griffin convinced him that the “old” RGIII is back. 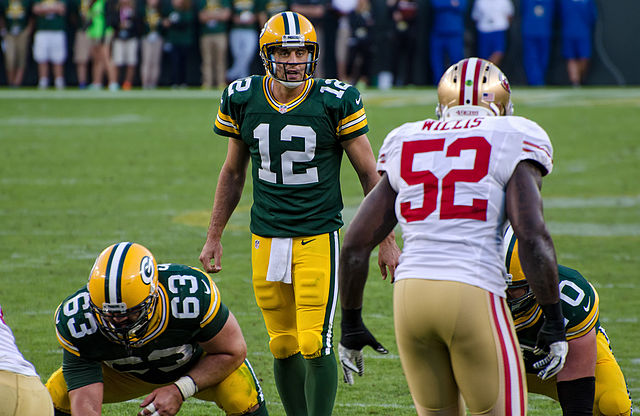 A league “veteran” at age 30, Rodgers was drafted by the Packers in 2005 but didn’t get his chance to shine until 2008, when the Packers elected not to re-sign then-38-year-old star Brett Favre. After a solid debut season of throwing for 4,038 yards and 28 touchdowns, Rodgers continued his climb to the top and eventually led the franchise to Super Bowl victory in 2011.

Today, Rodgers’ career passer rating of 104.9 ranks No. 1 in NFL history (minimum 1,500 attempts), more than eight points ahead of No. 2 Steve Young (96.8). Rodgers has helped the Packers average 28.1 points per game in his 78 career regular-season starts, making him No. 1 among NFL quarterbacks since 1950. “I’m running out of things to say about him,” Packers head coach Mike McCarthy has said in the past. “He’s a great quarterback.”