It’s hard to imagine a single player rushing for 408 yards in a single game; Gordon did so in only three quarters of work. He broke the record on a 26-yard touchdown run to close out the third quarter, and he spent the entire fourth quarter dancing and celebrating on the Badgers’ sideline. How does Gordon’s record performance stack up against the single-game rushing yardage records set in lower divisions of college football?

Not to take anything away from Hicks, Freeman or Brooks, but it’s simply not fair to compare Gordon’s performance to any of theirs. He broke his record in three quarters against a one-loss Nebraska team that was ranked in the top 15 teams in college football’s highest division. Records are made to be broken, but Gordon’s will likely not be broken anytime soon. Here is a look at the top five single-game rushing performances in FBS history.

Update: Looks like we spoke too soon, as Samaje Perine did what we thought was impossible and broke Gordon’s record — rushing for 427 yards in a 44-7 rout. We’ve updated the list accordingly. 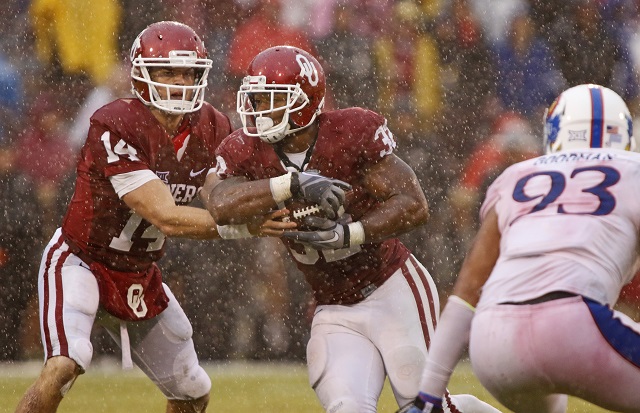