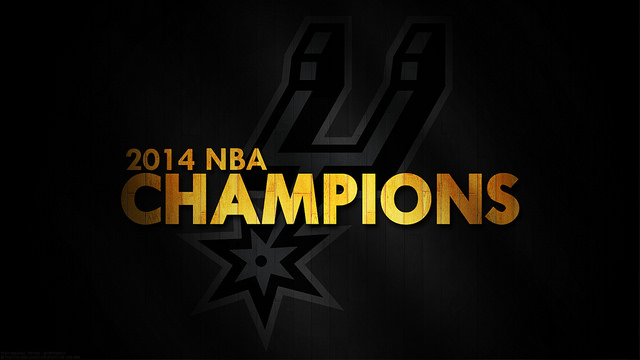 Most NBA fans are predisposed into thinking about truly great basketball teams as dynasties. That’s how we’re taught to measure each team against each other — say you’ve got a championship team that looks utterly unstoppable, like the 2013 Miami Heat. Three straight Finals appearances, back-to-back championships, three of the top 20 players in the league: all the makings of a prospective dynasty, the kind that hasn’t been seen since the ’90s Bulls or the Showtime Lakers.

Three championships, it seems, is the mark of a dominant team imposing its collective will on the rest of the league. The Heat fell short of that designation when they were totally blown out by a vastly superior San Antonio team, a squad that almost no one pegged to make it back to the Finals in 2014, let alone win by such an absurd margin, either by the eye test or any hard numbers available.

So why aren’t the San Antonio Spurs, far and away the most successful National Basketball Association franchise of the last 15 years, considered a dynasty? Does the breadth of time hurt their case, as if 15 years between the Spurs’ first ring and their last diminish the accomplishment, rather than embellish it? Consider that in nine of his 15 seasons, Michael Jordan and the Chicago Bulls (and the Washington Wizards, but we won’t talk about that) failed to win a championship.

A concentrated blast of brilliance in the ’90s, plus the benefit of a watered-down league that had no real competition in the Eastern Conference to fill the void of the Pistons or the Celtics, is practically the definition of the term. That’s despite the fact that San Antonio has never finished a season that wasn’t impacted by a lockout with fewer than 50 wins since 1996.

The easy retort here is “Tim Duncan.” Duncan, who could easily be considered the best power forward of all time if he hadn’t spent most of his years playing as a center who didn’t do jump balls, has more 50-win seasons than all but four NBA franchises in league history, and one of those is the Spurs.

Throughout his career in San Antonio, Duncan has been the foundation that allowed the front office to retool their team around the strengths of their new arrivals, especially poignant given how far ahead of the curve the Spurs were when it came to international talent. Of course, to the eye test, the Spurs hardly look like a force of nature, and more like a franchise that occasionally wins championships.

Which is completely and utterly ridiculous. If you look at that list since 1999, you’re largely looking at micro-ecosystems of talent cohabiting together for championships, with the exception of San Antonio, the 2011 Dallas Mavericks, and the 2004 Pistons — who did make it back to the NBA Finals the next year, only to lose to (you guessed it) the Spurs. From the Shaq-Kobe Lakers to the Shaq-Wade Heat to the Big Three of Boston to the Kobe-Gasol Lakers to the Heatles, each of these would-be dynasties relied on some key contributions from players pulled in through free agency or trade.

But of course, those teams aren’t dynasties, and even the Bulls and the Celtics and the Lakers brought in key contributors like Dennis Rodman, Kareem, and Bill Walton in their pursuit of total dominance. San Antonio, though, has had, at worst, a puncher’s chance every year since 1999, and the Spurs have really only run up against one team that completely dismantled them: the 2011 Memphis Grizzlies, who beat the new Spurs by playing like the old Spurs. They’ve lost to other teams, sure, but being run out of the gym by the Oklahoma City Thunder holds less merit when the team fails to melt away afterwards.

In that regard, the Spurs are most like the Dallas Mavericks — another team that’s built perennial contenders around an All-Star Hall of Fame big man and strung together a decade of competitive basketball. What elevates the Spurs above the Mavericks, then, is not only the quality of their centerpiece — because as much as we love Dirk, he’s no Tim Duncan — and their regular-season record. The Spurs haven’t stopped putting out winning basketball since Bill Clinton was president. They’re beyond a dynasty. They’ve become an institution.