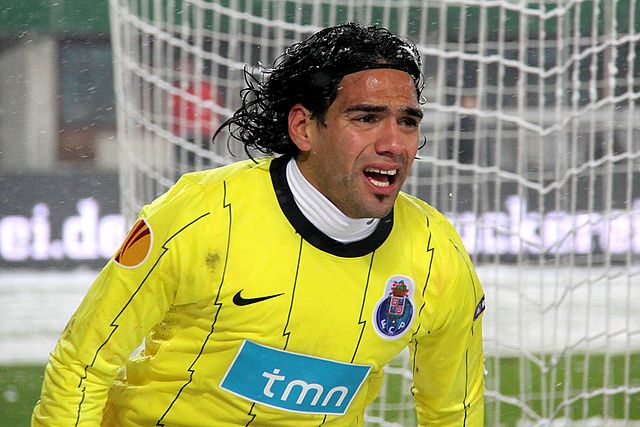 1. Colombia: No Falcao, no problem

Colombia captured a hard-earned 3-0 victory over Greece without star player Radamel Falcao (above), who was left out due to an ACL problem. Three different players scored, and the defense held up its end of the bargain with a clean sheet. The plus-3 goal differential will go a long way in helping the team get out of its group. Colombia also played without one of its better midfielders in Fredy Guarín, who was suspended for the first game of the tournament. Expect to see him in Colombia’s next match against the Ivory Coast.

Greece huffed and puffed, but could not get the ball in the net against Colombia. The team attacked fairly well and created nice-looking chances, but Greece still only has two World Cup goals in its nation’s history while allowing 18. Konstantinos Mitroglou came off the bench and put himself in good positions, but his midfield could not get him the right pass. The team next faces Japan, whose players are technical in their attack and have the ability to spread the ball around. A perfect scenario for the Greeks would to beat Japan 3-0 to even out their goal differential. However, considering Greece’s World Cup goal-scoring history, things do not bode well for the island nation. 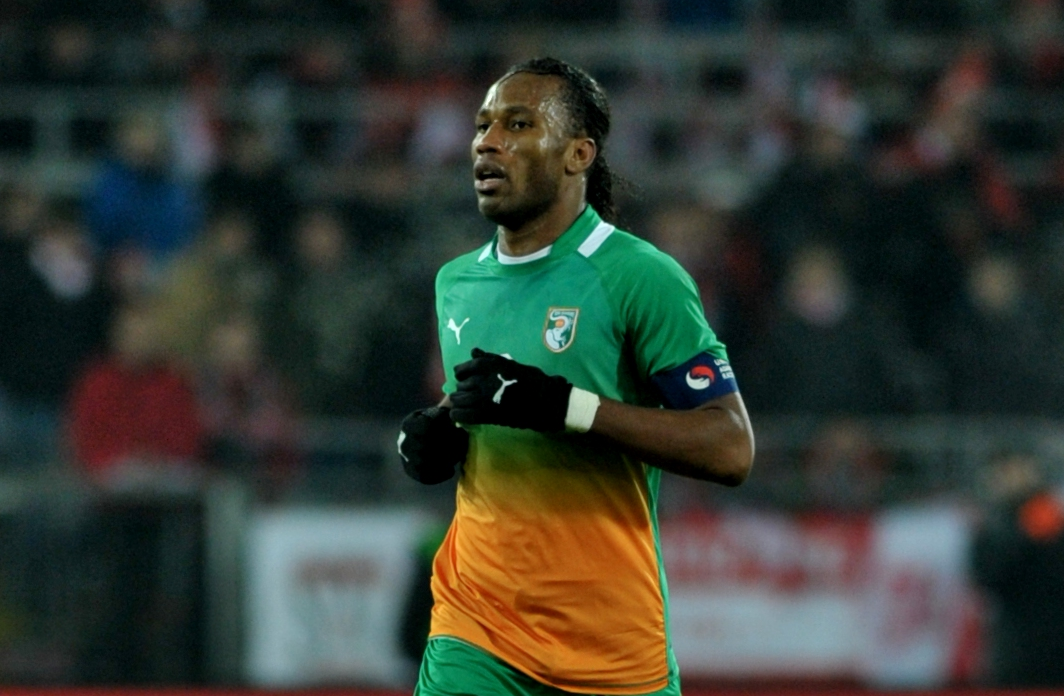 Down 1-0 at halftime, the Ivory Coast scored two second-half goals in less than two minutes to turn a 1-0 deficit into a 2-1 lead. This happened immediately after Didier Drogba (above) came off the bench. His general presence seemed to lift the rest of the team, and we saw immediate results. Throughout the match, the Ivory Coast was attacking down its right side and seeing mixed results. After Drogba entered the fray, right back Serge Aurier made a run up the right side and was able to put in a nice cross to Wilfred Bony, who scored on a header. Not two minutes later, Aurier was open on the right side again and found the head of Gervinho. Now the Ivory Coast only needs a win in one of its next two matches to qualify for the knockout stage for the first time in its history.

Japan created chances and looked good but was unfortunate in its loss to the Ivory Coast. Keisuke Honda had a nice-looking strike to put Japan up 1-0, but it was not to be. Shinji Kagawa had an average day, and Shinji Okazaki spent the majority of the match tracking back to help his defense, which took away from his offensive skill set. Even though Japan lost, it can still advance with a win over Greece and Colombia. But Greece, Japan’s next opponent, will be tough to break down and wants a victory of its own to stay alive. Greece vs. Japan should be an intense match. 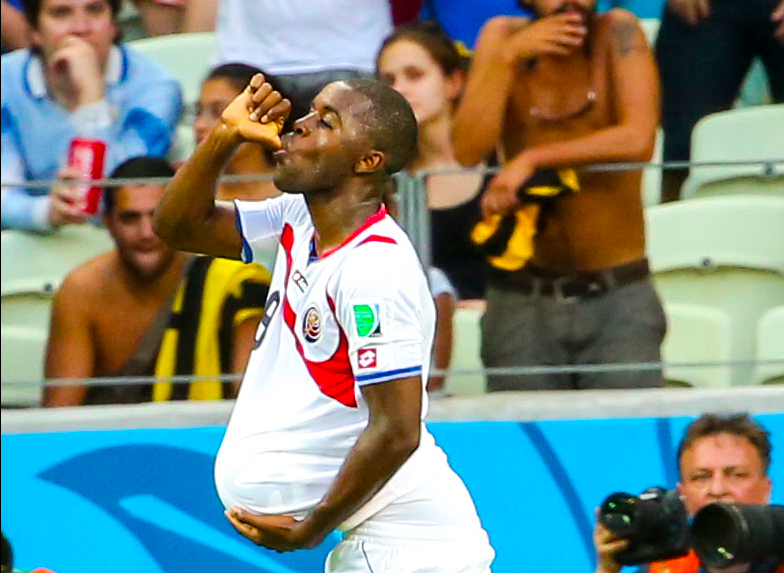 The Costa Rican announced himself on the world stage against Uruguay. Campbell (above) had a goal and an assist on the day, and looked dangerous throughout the match. He also had two shots with his rocket left foot that just barely missed the frame of the goal. Italy is up next for Costa Rica, and the Azzurri will need to be wary of the talents of Campbell. He will be the main man for Costa Rica going forward.

Normally, defenders can play just a tad longer than forwards and midfielders just because there is a bit less running. But the defense of Uruguay looked slow and confused in the second half against Costa Rica, who took advantage. This is the same defensive unit that played in 2010, when Uruguay made its controversial run to the World Cup semifinals in South Africa. Uruguay’s match against Costa Rica was supposed to be the one in which it came away with all three points, because its next two opponents are England and Italy. The return of Luis Suarez will help the team’s goal-scoring abilities. 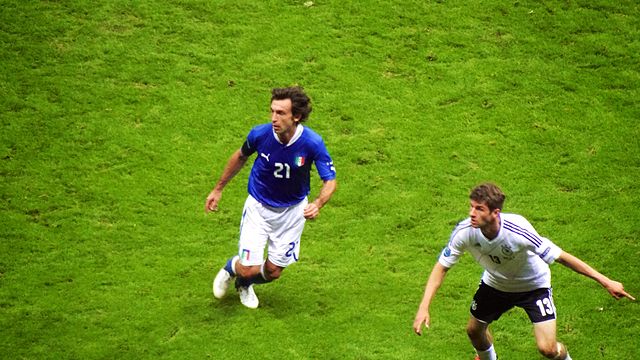 Italy’s 2-1 victory over England puts it in a great position to get out of the group. The team didn’t look its best, but there were good performances from Andrea Pirlo (above, left), Antonio Candreva, Mario Balotelli, and backup goalkeeper Salvatore Sirigu. Candreva had great movement up and down Italy’s right side and eventually assisted on the game-winning goal. Defender Gabriel Paletta was at fault for leaving Daniel Sturridge open on the far post for England’s only goal of the match. Italy will take this win, hopefully tweak its tactics a bit, and move forward into its match against Costa Rica with confidence.

8. Young England, but the same England

England manager Roy Hodgson chose to go to Brazil with more than a few inexperienced players who have not gone through the recent major tournament heartbreaks the veteran English players have had. For a popular team, England is a chronic under-performer. However, the team started the match against Italy well, creating chances and scoring before halftime. After halftime, England looked out of ideas and had trouble defending Italy’s right side. The substitutions did not have a positive effect on the match, and England finished with a 2-1 loss. This team will need to improve if it wants to make it out of the group stage, because its next opponent, Uruguay, will need a win just as badly. 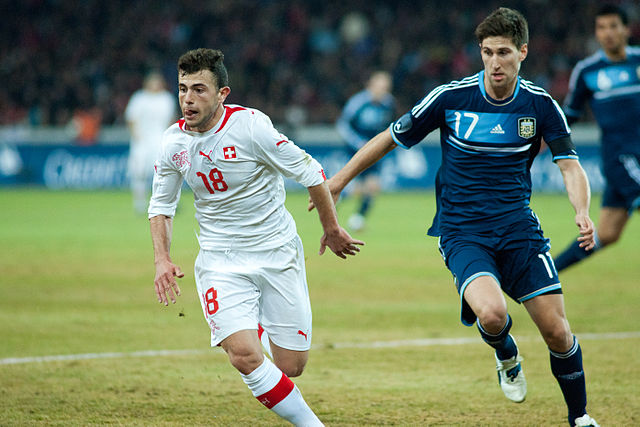 9. Ricardo and the super subs

Down 1-0 at halftime to Ecuador, Swiss manager Ottmar Hitzfield put on Admir Mehmedi (above, left) and saw instant returns. The Swiss earned a corner 2 minutes into the second half. Left back Ricardo Rodríguez’s corner kick found the head of Mehmedi, and the Swiss leveled the match. The game appeared to be headed toward being the first draw of the tournament, but the Swiss counterattack struck as an open Rodriguez used his left foot to cross and found another second-half substitute, Haris Seferovi?, who buried the chance and gave Switzerland the crucial victory at the death. The match ended with two assists for Rodriguez to two substitutes.

We saw the first true use of goal-line technology in the France-Honduras match. Karim Benzema’s effort hit off the post and bounced back toward the Honduran goalkeeper. The ‘keeper could not handle the awkward bounce, and the ball went back toward the goal line. The referee gave the goal, but left it for the replay to confirm his decision. This was not a huge decision, as France was already dominating the Honduras at this point, but it’ll be interesting to see if the new tech is used in more key situations as the tournament progresses. 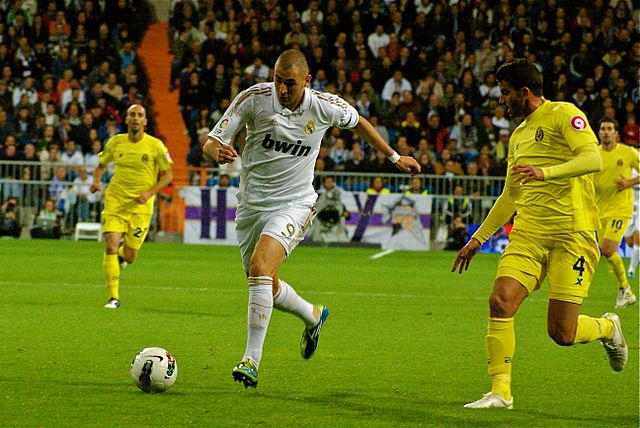 Karim Benzema (above, center) was not on France’s World Cup squad in 2010, which meant that Sunday was his first tournament match. He did not disappoint. Benzema scored two goals and was the reason the Honduran goalkeeper scored an own goal. Benzema scored more goals on the day than France did in its three games in the 2010 edition of the tournament. He will be the team’s key man going forward, and his partnership with new teammate Antoine Griezmann, who replaced the injured Franck Ribéry, should improve in the next two matches.

Wilson Palacios did not do his team any favors after being red carded in the game, an incident that also led to a French penalty kick. Honduras was making tackles hard and fast, hoping to throw the French off the slick passing game they are known for. This strategy did not work, as France won, 3-0. The repercussions will be felt in the Honduras’s next match.