In the World Cup’s round of 16, there are no 0-0 ties, no calculating points from past games, and no scoreboard-watching to find out if you can back into the quarterfinals. It’s the win-or-go-home elimination style American sports fans love. Beginning June 28, the knockout round will put host Brazil in jeopardy against a very dangerous Chile squad, but that story is the only the beginning.

Teams from the Americas have risen to the top of the world football food chain in the 2014 World Cup. So far, European titans Italy (ranked ninth by FIFA), Portugal (ranked fourth), Spain (first), and England (tenth) have already departed the tournament. (It would have reasonable to predict all four teams ending up in the quarterfinals.) This World Cup has a captivating Cinderella story waiting to be told. Here are three must-see matches that may write the next chapter in the elimination round of 16. 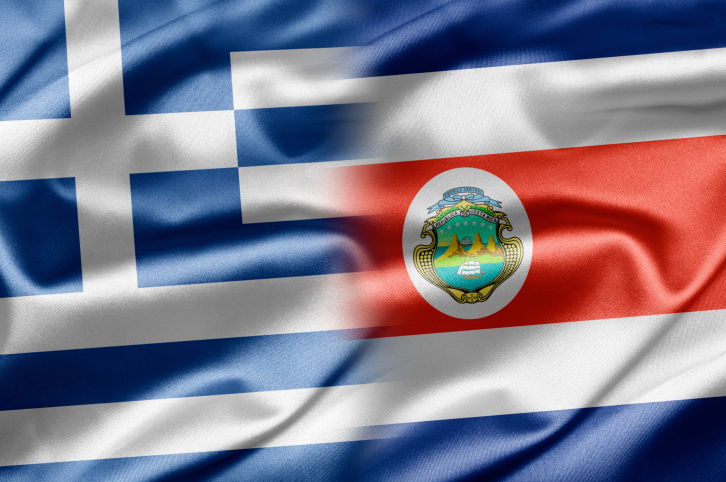 Neither Greece nor Costa Rica has ever made it to the World Cup quarterfinals, but by the end of their June 29 match, one will take the monumental step onto the world stage. Few predicted Costa Rica even making the round of 16. The Ticos breezed through a group that included Italy, England, and Uruguay (a runner-up “Group of Death,” if you will) while only giving up one goal in three contests. After lacerating Uruguay 3-1 and shutting out Italy 1-0, Greece may seem like a cakewalk for FIFA’s twenty-eighth ranked team in the world.

Greece did not impress many football fans in the group stage, qualifying with a win in its final match against Côte d’Ivoire. Earlier, Greece endured a 3-0 shellacking at the hands of Colombia and tied Japan in a game that was short on thrills. Can it rekindle the magic that earned the team FIFA’s No. 12 ranking prior to the World Cup? If not, Costa Rica’s magical run will continue. Talk about a fighter punching above its weight.

The Netherlands shocked the world in its opening match of the 2014 World Cup by punishing Spain 5-1. Robin van Persie started the scoring barrage for the Dutch team with an incredible, long-range, swan-dive header that became the signature goal of the tournament openers. Within hours, a local artist was immortalizing van Persie’s goal on the wall at Rio’s Copacabana beach. The Netherlands squad was just getting warmed up. Four goals later, defending champion Spain was reeling from the embarrassment. It would not recover in time to advance.

The Dutch later dispatched both Australia (3-2) and powerful Chile (2-0) to win their group with the highest goal total of any World Cup team. On June 29, the Netherlands will face the scrappy Mexico team that managed a 0-0 tie against Brazil while taking care of business against Cameroon (1-0) and Croatia (3-1). Mexico, ranked twentieth by FIFA and a Cinderella story if there ever was one, has proven it packs a powerhouse defense and a superstar goalkeeper in Guillermo Ochoa.

Ochoa’s highlight-reel saves against Brazil caused an international sensation, but now he and his upstart team will face off against the potent offense of the Netherlands. This match might be the most anticipated in the round of 16.

Clint Dempsey proved to be one of the fastest guns in the South when he pounced on Ghana in the opening minute to notch a spectacular goal and put Team U.S.A. on the board. The American squad will need that kind of leadership facing off against Belgium in the round of 16. Already, the United States has put the world on notice after emerging from the “Group of Death” to make the elimination rounds.

Now it is time to see if the U.S. squad can really make history. Belgium, ranked eleventh in the world by FIFA, had a much easier go of it in the World Cup group stages. They beat Algeria (2-1), Russia (1-0), and South Korea (1-0) by narrow margins, only giving up a single goal to the opposition in three matches.

All bets are off in the round of 16. The U.S. team has shown the ability to hold down the offensive push of opponents and pick up just enough goals to advance, but Belgium plays with a number of superstars that are used to finding holes in any defense. Can Team U.S.A. send off one of the game’s European powers? The July 1 match may be the first to stop millions of Americans during a work day so they can see what Team U.S.A. is all about. It’s must-see action.