For a comprehensive report on the United States vs. Ghana match, click here. 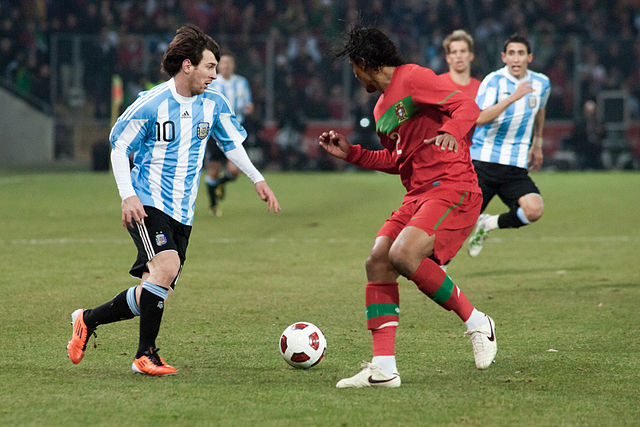 Argentina had a great start in its first match of the 2014 World Cup due to an unfortunate own goal by Bosnia and Herzegovina to go ahead 1-0. But after that, Argentina looked just slightly above average, and Lionel Messi (above, left) probably lost possession as many times as he completed passes. After halftime Argentina slightly improved, but it was one magical run from Messi that notched his country’s second goal. It was an all-around brilliant piece of play that lifted the rest of his team to see out the match. Bosnia and Herzegovina did score late to cut the lead in half, but it was too little, too late.

Bosnia and Herzegovina is playing in its first World Cup tournament and does not look all that comfortable on the big stage. During the course of its match against Argentina, play was timid, and we did not see the type of aggressive forward play that led the team to Brazil in the first place. Bosnia and Herzegovina has great players who are very experienced — think Edin Džeko, Emir Spahi?, Asmir Begovi?, and Miralem Pjani?. However, this group did not play all too well. Easy passes were missed, and players with the ball were not picking up their heads to see the field. Vedad Ibi?evi? did well in his second-half substitute role and put his name in the starting conversation. 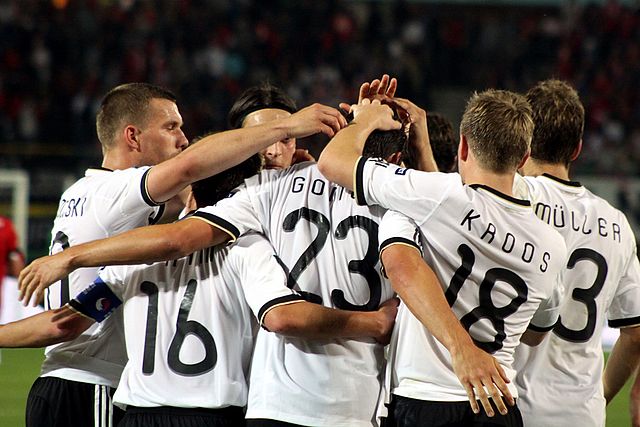 3. No advantage was had

Nigeria and Iran played the other Group F match to a 0-0 draw. It was not by any means a “boring” match, but the lack of quality in both countries’ attacking players was noticeable. Nigeria was not aggressive enough with its passing around the Iran penalty area, which helped Iran keep its defensive shape and get into great positions to do some attacking of its own.

Iran created some decent chances, most notably a header that went harmlessly over the bar. And that’s it. That was the entire match in a nutshell. One of the two countries could have taken a huge advantage by winning and putting the pressure on Bosnia and Herzegovina to beat them by two goals, but that was not the case in this match.

The German national team (above) opened Group G play by squaring off against Portugal. Germany started with plenty of attacking chances, with defender Jérôme Boateng denying Portuguese superstar Cristiano Ronaldo of any space. Chances were created, and more than a few were converted. The Germans did not just concentrate on one area to attack: the chances were a wide variety of corner kicks, passes through the middle, crosses, and even a penalty.

Germany was up 2-0 headed into halftime until Thomas Müller struck in the dying seconds of the first half after stopping Portugal’s Bruno Alves from clearing the ball. Germany went into the break up 3-0 and didn’t look back. The match finished 4-0 to the Germans, and it could have been more. In the buildup to the World Cup many were talking about Germany as a big-time favorite, and the team did not do anything to squash that kind of talk. 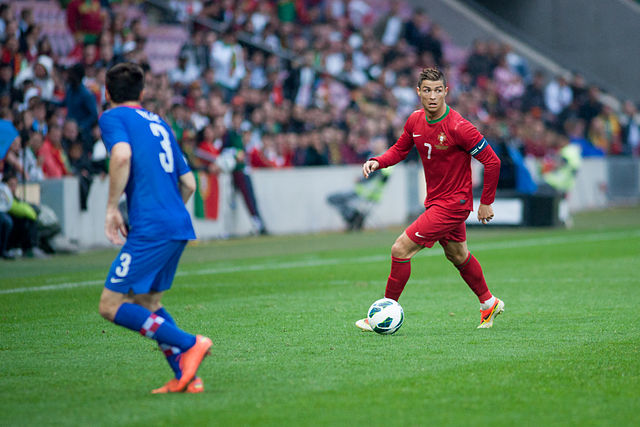 Portugal had a day to forget against Germany, and most of the damage was done in the first half. The Germans were awarded a penalty and converted to go up 1-0. Then Portugal gave up a goal on a corner kick when Bruno Alves was clearly beaten to the ball by Mats Hummels. That must have been embarrassing for Portugal, because it lays claim to two of the most physically imposing and strong center backs in the entire tournament.

It went from bad to worse when center back Pepe was sent off for a stupid head-butt on Thomas Müller. Yes, it was rather soft, but a player cannot use his head to make aggressive contact with another player’s head, soft or not. That is a straight red card every time. And this was just the first half! Portugal never recovered, and is now with no points from its first match and is staring at a goal differential of -4.

There was a lot of pre-tournament hype about Cristiano Ronaldo (above). He is the reigning World Player of the Year, and he scored four goals over two matches against Sweden to lead Portugal to the 2014 World Cup. He also ended his Real Madrid club season with a UEFA Champions League crown. The match that pitted Portugal against Germany was dubbed “The Magician versus The Machine.”

But the only magic trick Ronaldo pulled on Monday was a disappearing act. He was starved of service, and when he did get the ball a German defender was right in his face, denying him the space he loves to run into and uses to punish people. He reappeared for a few seconds in the second half to force German goalkeeper Manuel Neuer into a great save from a free kick, but after that, it was back into hiding.