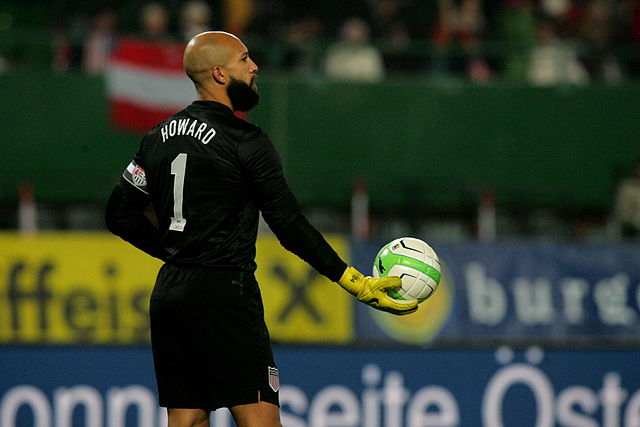 The U.S. Men’s National Team opened its 2014 World Cup campaign by going up against the team that ruined its chances of advancing further in the previous two World Cups. Ghana has been a thorn in the USMNT’s side. The Black Stars prevailed with 2-1 win in both 2006 (Germany) and 2010 (South Africa). The United States’ first match in Brazil was met with high drama and intrigue. Could the U.S. exorcise the specters of its past, or would Ghana continue its dominance and jumpstart its own campaign?

The match started out perfectly for the U.S., with an early goal from captain Clint Dempsey. His touch to get him into space and beat John Boye to have a one-on-one with Ghana’s goalie, Adam Kwaresey, were things of beauty. The finish was even more incredible, since it was with his weaker left foot. The U.S. went up 1-0 less than 30 seconds into the game and was on an early high.

After the fastest World Cup goal in U.S. history, the Ghanaians were dominant in possession. Right midfielder Christian Atsu was doing especially well against U.S. left back DaMarcus Beasley. Atsu was putting in crosses, but those crosses were only dangerous a couple of times. However, Atsu kept going at Beasley and was winning space to cross.

Things went south for the USMNT when striker Jozy Altidore went down in a heap after an apparent hamstring injury. This was bad for two reasons: he is the United States’ most physically gifted striker and there aren’t any other big forwards who can play his role. Aron Johannsson came on in his place but was not strong enough, and had an average match. With no big man to hold on to the ball, Ghana was able to keep possession even more. Toward the end of the first half, Dempsey had his nose broken by Boye’s shin guard; central defender Matt Besler was also seen grabbing his hamstring, but played it out until halftime.

With Besler being taken out due to precautionary measures, 21-year-old German-American John Brooks entered the match to make his World Cup debut. He is a talented but raw central defender who looks the part, with great size and strength. His last start with the USMNT was against Ukraine, during which he looked shaky and played a role in two goals allowed in a 2-0 loss. Brooks started the second half somewhat shaky but recovered and played better as the half went on. The U.S. needed Brooks to play well because the Ghana onslaught kept coming.

Asamoah Gyan and Andre Ayew both stood out in the second half, and substitutes Kevin Prince-Boateng and Michael Essien livened up the Ghana attack even further when they came onto the field. Many spectators got the feeling that it was only a matter of time before Ghana scored, and with eight minutes left in the match, the feeling became fact. Ayew played great quick touch passes with Gyan and was right in front of U.S. keeper Tim Howard, beating him at the near post.

The U.S. looked tired after allowing that goal and was still leaving the pitch open for the counter-attack. The United States frayed into Ghana’s defensive third of the field and eventually earned a corner. Fabian Johnson did well to chase down a loose ball and force it off of Ghana’s Johnathan Mensah to make it go out of play. Up steps substitute Graham Zusi to take the corner (he is seen as one of the team’s set piece specialists, along with Brad Davis). Zusi took the corner kick and found Brooks, who outmuscled Boye and buried the chance.

The USMNT went up 2-1 against the run of play, and the two second-half substitutes combined for a crucial goal after giving up the lead minutes earlier. This was also a piece of history: It was the first goal scored by a U.S. substitute in the World Cup. This is the United States’ seventh straight World Cup, and in that stretch, it has played 22 matches. This doesn’t include the World Cup matches the USMNT played in before the 40-year absence from the tournament in 1930, 1934, and 1950. It’s pretty incredible that so many matches have been played and no substitute has ever scored a goal.

Back to the game: There was more defending to do, and the U.S. had to kill off the match because Ghana was going to pick up the intensity even more. The Black Stars created a few more good looks at goal, but the U.S. defended well and saw out the rest of the game for a momentous win. Gone is the ghost of the Razak Pimpong dive in 2006 that earned the Ghanaians a penalty to put them up 2-1.

Gone is the ghost of Gyan’s off-balance shot that beat Howard to put Ghana up 2-1 in 2010. Gone is the ghost of 2006 and 2010 Ghana goalkeeper Richard Kinson, who stopped everything the U.S. threw at him except a Clint Dempsey rocket in 2006 (that should have been called offsides and nullified), and a Landon Donovan penalty that went in off the post in 2010. Monday was the USMNT’s turn to leave the pitch with a 2-1 victory.

Next up for the United States is Portugal and the reigning World Player of the Year in Cristiano Ronaldo.