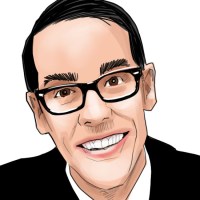 Matt Wadleigh began his sportswriting career in 2012 and joined Sportscasting in 2021. A native of Southern California, his childhood dream was to be an NFL head coach and he even analyzed film and studied playbooks as a youngster. While he mainly covers the NFL at Sportscasting, Matt is very passionate about the sports world as a whole and has also written about the NBA and MLB. His work has appeared on FanSided, ClutchPoints, and USA Today.

Jets News: Zach Wilson Seems Destined to Receive Either Garrett Wilson or Chris Olave After Missing Out on Tyreek Hill

National League West: Power Ranking One of the Toughest Divisions in the MLB

What the San Diego Padres’ 2022 Starting Lineup Should Look Like Without Fernando Tatis Jr.

Panthers News: Sam Darnold ‘In The Lead’ for Starting Job in 2022

The Chargers Should Quickly Reject Any Possible Trade for Keenan Allen

NFL Draft: Malik Willis to the Detroit Lions Gets a Massive Boost

Davante Adams and Derek Carr: A Look Back at Their Fresno State Days

Julio Jones: 4 Teams Who Should Take a Chance on the Former Pro Bowler

Mitchell Trubisky to the Pittsburgh Steelers is Perfect for All Parties