Born in Connecticut, Dana White developed a passion for boxing as a teenager and eventually became a “boxercise” coach when college didn’t work out. (He dropped out of both Quincy College and University of Massachusetts Boston.) White moved to Las Vegas where he connected with  Tito Ortiz and Chuck Liddell and began managing them.

In 2000, the then-31-year-old convinced his childhood friend Lorenzo Fertitta to acquire the UFC, which was facing bankruptcy, with his brother Frank Fertitta for $2 million. White and his cohorts developed the organization into an internationally renowned MMA brand. They sold the UFC for over $4 billion in 2016, and White agreed to remain president through at least 2026. During his UFC presidency, the 10-time Promoter of the Year has earned the 2009 Nevada Sportsman of the Year and the Armed Forces Foundation’s Patriot Award.

Dana White Just Responded to His $10 Million Sex Tape Lawsuit: ‘I Can Get Rid of These Scumbags Forever’ 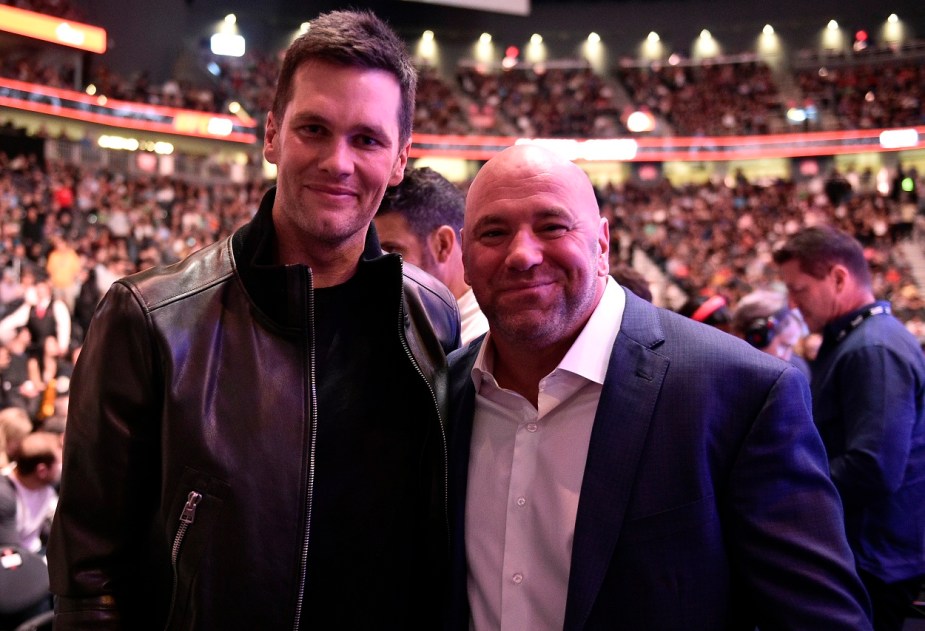 If It Was up to UFC President Dana White, Tom Brady Would Be Playing With the Las Vegas Raiders in 2022 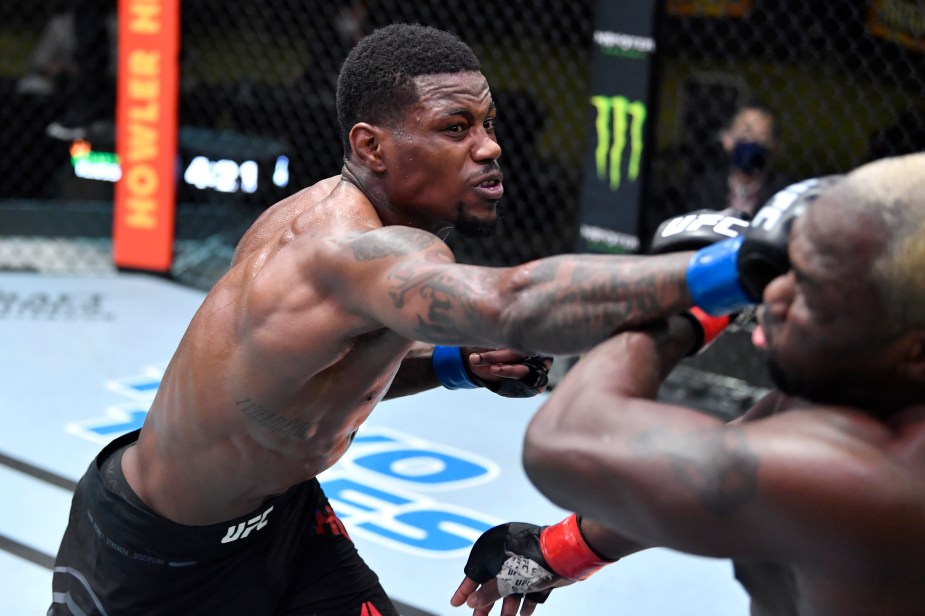 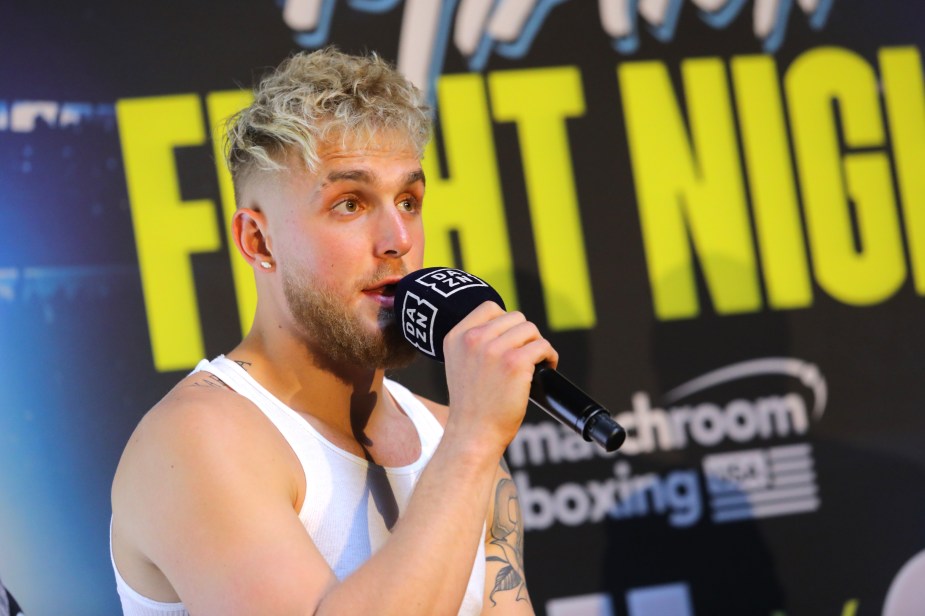 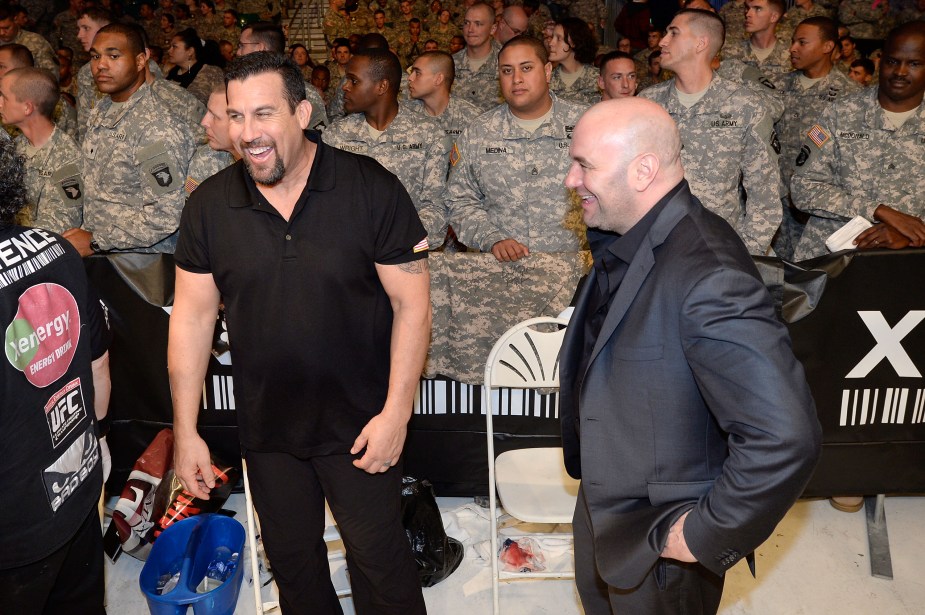 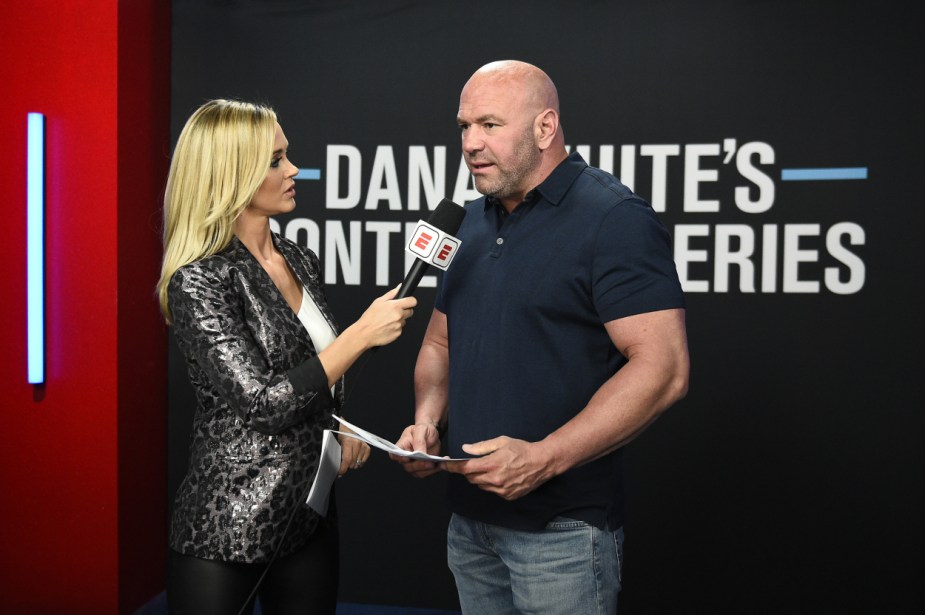 If It Was up to UFC President Dana White, Tom Brady Would Be Playing With the Las Vegas Raiders in 2022

Dana White Says His Beef With Conor McGregor Is Over Ahead of UFC 257: ‘We’re in a Good Place Now’

Dana White Just Responded to His $10 Million Sex Tape Lawsuit: ‘I Can Get Rid of These Scumbags Forever’

Here’s How Much the UFC Is Worth Today, According To President Dana White

Donald Trump Just Got the Ultimate Support from Dana White

Will There Be Another Fight Island? Dana White House-Hunts in ‘New Fight Capital of the World,’ Abu Dhabi

UFC Boss Dana White Must Decide What to Do With Kamaru Usman, Jorge Masvidal

Is Dana White Losing Fighters Because the UFC Is Cheap?

Dana White Thinks Conor McGregor Should Wait to Fight the Winner of Khabib vs. Gaethje

Mike Tyson Should Be Thrilled Dana White Looks Like a Hypocrite