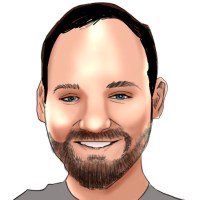 Adam Fromal joined the Endgame360 team in 2021 and works primarily with the Sportscasting team. He comes with a wealth of sports writing knowledge, building on a career that started in 2010, and with editing experience dating back to 2016.

Adam enjoys covering all facets of the sports industry but has a particular love for basketball and the NBA. He grew up with that as a favorite and made it a career when he covered the NBA for almost a decade as a writer for Bleacher Report. During that time, he covered Denver Nuggets games and ran his own analytics website called NBA Math (a venture that he continues today). He also hosts his own podcast centered around the sport called Hardwood Knocks.

Throughout his tenure as an editor, Adam has a few other claims to fame: He helped to provide quality control for the Emmy-nominated “Game of Zones” web series at Bleacher Report and worked as a fact-checker for The Ringer’s Mirin Fader on her debut book, Giannis: The Improbable Rise of an NBA MVP.

Adam earned his bachelor’s degrees from the University of Georgia in Classical Culture, Latin, and Psychology. See more from him on Muck Rack, and follow him on his personal Twitter account listed above or @NBA_Math — the aforementioned basketball stats account — and a general overarching sports stats account @SportsMathNet.

Who Will Be the Top Madden Wide Receivers by the End of 2022?