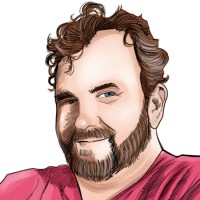 Jeff Hawkins is an award-winning sportswriter with more than three decades in the industry, in both print and digital media. He joined the Sportscasting team in 2021 following a decade of freelancing. He spent his early career as a reporter for various newspapers in Illinois, New York, Florida, North Carolina, and Michigan, with a particular emphasis as a beat reporter for the Chicago Blackhawks. He is also the author of several youth books about basketball, baseball, and hockey.

Jeff earned his bachelor’s degree in journalism from Oakland University. Over the course of his career he earned several sports writing awards, including two national awards from the Associated Press Sports Editors for column writing and news reporting. One of the five prized columns included a commentary on NASCAR’s increasing corporate influences, particularly in northern racetracks — commentary which you might find Jeff building on as part of the Motorsports writing team at Sportscasting now.

Why Alex Bowman, the ‘Hack,’ Goes Back-to-Back at Ruoff Mortgage 500

If Bubba Wallace’s Intense Workout Routine Sharpens His NASCAR Skills, What Happened at the end of the Pennzoil 400?

Aric Almirola Trending to Give Himself a Sweet NASCAR Retirement Gift

Martin Truex Jr. Is Having Flashbacks to His Recent NASCAR Cup Series Shortcomings

Jimmie Johnson ‘Confident’ and ‘Comfortable’ in IndyCar, Despite 23rd-Place Finish at St. Pete

Nikita Mazepin is Permitted, but will Haas Invite Russia’s Lone Formula 1 Driver to Compete in 2022?

Why Kyle Larson Shouldn’t Be Favored at Fontana

After Austin Cindric Achieved His First NASCAR Win in Grand Style, Who’s Next?

Austin Cindric Should Share His Daytona 500 Win With Ryan Blaney

Denny Hamlin, Others Call Out Brad Keselowski for Causing Carnage at Daytona