Ordinarily, being mentioned in the same breath with Richard Petty, Jeff Gordon, and Dale Earnhardt would be quite an honor for a NASCAR Cup Series driver. In the case of Joey Logano, it’s not.

In fact, there’s no honor there at all. Literally.

When members of the racing media announced their annual awards on Sunday, the 2022 series champ was left with the same empty feeling he experienced in 2018, the year he earned his first title.

Fresh off his breakthrough season in the NASCAR Cup Series, Ross Chastain was recognized on Sunday as the Richard Petty Driver of the Year, as selected by the National Motorsports Press Association. He earned the honor by a one-vote margin over Joey Logano, who captured the season championship at Phoenix Raceway in November.

The other drivers receiving multiple votes were Erica Enders and Ron Capps from the NHRA, Max Verstappen in Formula 1, and Chase Elliott in NASCAR.

Chastain, racing in his fourth full-time season, scored the first two wins of his Cup Series career and reached the playoffs for the first time. His miraculous finish in the Martinsville elimination race advanced the Florida watermelon farmer to the Championship 4 the following week.

Logano’s victory at Phoenix was his fourth of the season and 31st of his career, scoring a championship to go with the one he captured in 2018.

Sunday’s Richard Petty Driver of the Year announcement was a replay of 2018, when Logano scored three victories, including the Championship 4 race at Homestead-Miami. He finished the year with 26 top-10 finishes but lost out in the award voting to Kevin Harvick, who finished third in the standings but recorded eight wins and an impressive 21 other top-10 finishes.

Overlooking the Cup Series champion is becoming a trend 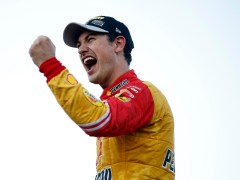 NASCAR Is in Unprecedented Territory, and Only Joey Logano Can Break the Cycle 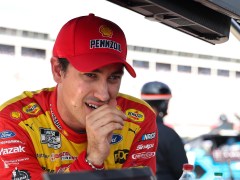 The NMPA began selecting a top driver annually in 1969, and there have been 21 instances in which the Cup Series champion did not garner enough votes to earn the honor.

It’s not necessarily inappropriate for someone other than the champion to earn the driver award, in the same way the Most Valuable Player in a team sport isn’t always the Player of the Year. In this year’s case, Chastain’s fourth-place finish in Martinsville was the most dramatic NASCAR moment in recent memory as he rode the wall on Turns 3 and 4 to roar past cars and make up enough points to squeak into the Championship 4. That undoubtedly earned disproportionate attention from the voters, which should have been the case.

From 2005-17, the voters were in near-lock step with the final Cup Series standings. The selection of Carl Edwards over Jimmie Johnson in 2008 was the only time the two did not synch.

However, there have now been disagreements in four of the past five seasons: