On the basketball court, the Boston Celtics had a successful 2022. After an ugly start to the 2021-22 season, they turned things around in January and eventually made their way to the NBA Finals for the first time in 12 years.

Off the court was a different story. The Celtics were marred by a scandal involving their head coach, and they battled through some serious injuries. They also endured the deaths of four members of the Celtics family. We look back and take a peek at the year in review Celtics style from 2022.

The highs of the Boston Celtics from 2022

When it comes strictly to on-court basketball, there were plenty of highs for the Celtics in 2022. The Celtics had a rough start to the 2021-22 season, but when the calendar flipped to 2022, things drastically improved.

The Celtics underachieved their way to a 25-25 mark, but they turned things around in January. Beginning Jan. 8, the Celtics won five of six games to get over the .500 mark for the first time in a month. On Jan. 29, they won the first of nine straight games. They ended the regular season with a 26-6 mark to earn the No. 2 seed. Boston reached the championship round for the first time since 2010.

In 2022, the Celtics answered some key questions: Could Jayson Tatum and Jaylen Brown play together? Could the duo get them over the hump and into the Finals?

It’s easy to understand why people questioned whether Tatum and Brown were the right guys to lead the Celtics. The previous year, the Celtics finished the regular season 36-36 and were bounced by the Brooklyn Nets in the first round of the playoffs. They started the next year 25-25. In a span of 122 games, the Celtics were 61-61 — unacceptable for a team with two quality young stars.

Since last year’s run, the Celtics haven’t skipped a beat. They own the NBA’s best record at 26-10, and Tatum and Brown are in the top 10 in the latest edition of the Kia MVP rankings, according to NBA.com. The addition of veteran guard Malcolm Brogdon via an offseason trade is also a high point of ’22 for the Celtics. 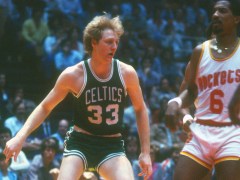 Larry Bird and Bill Russell are a Given, but Who Joins Them on the Mount Rushmore of All-Time Greatest Boston Celtics Players? 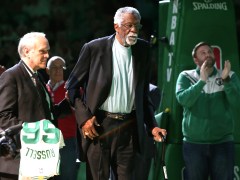 The lowest moment affecting the Celtics’ on-court performance in 2022 came during the summer when head coach Ime Udoka was suspended for the season. The Celtics issued a year-long suspension for violating team rules that involved an inappropriate relationship with a team staff member.

In his first year as a head coach, Udoka led the Celtics to the Finals. He had the team playing the best defense in the NBA, but his off-the-court actions caused an offseason distraction and eventually led to his suspension.

The Celtics also had to endure two significant injuries. Danilo Gallinari, signed in the offseason to provide much-needed scoring off the bench, tore his ACL during a game in Italy over the summer. Gallinari and Brogdon were Boston’s two significant acquisitions that addressed the Celtics’ biggest weakness, the bench. Robert Williams III also underwent surgery on his knee right before training camp and missed the first two months of the season.

The biggest low, however, was the death of the legendary Bill Russell. Russell was the heart and soul of the Celtics. He led the Celtics to 11 championships and also changed the way the game was played. Although Russell averaged 15.1 points in his illustrious career, the 12-time All-Star made his mark on the defensive side of the ball. In his 13 years in the NBA, he put up 22.5 rebounds per game, along with countless blocked shots that weren’t recognized as a statistic during his playing days.

Russell wasn’t the only member of the Celtics family to die in 2022. Former head coach Bill Fitch died on Feb. 2. Fitch coached the Celtics to a championship in 1981.

Paul Silas, who played for the Celtics for four seasons and was a three-time NBA champ, died on Dec. 11. Togo Palazzi, who averaged 5.3 points in his three years with the Celtics, died on Aug. 12.