The 1997 NBA Rookie of the Year got his start at Georgetown University where he set the Hoyas’ record for career scoring average. Entering the 1996 NBA Draft, Allen Iverson went to the Philadelphia 76ers with the No. 1 overall pick. The talented scorer became the 2001 NBA MVP during his 12 seasons in Philadelphia.

Despite never winning an NBA championship, Iverson’s spirited persona and incredible talent influenced the league greatly.  Before retiring in 2013, the 11-time NBA All-Star played for the Denver Nuggets, Detroit Pistons, and Memphis Grizzlies. Iverson entered the Naismith Memorial Basketball Hall of Fame in 2016.

Allen Iverson Once Detailed the Moment He Knew Kobe Bryant Was Different: ‘The Mamba Was No Myth, Man’ 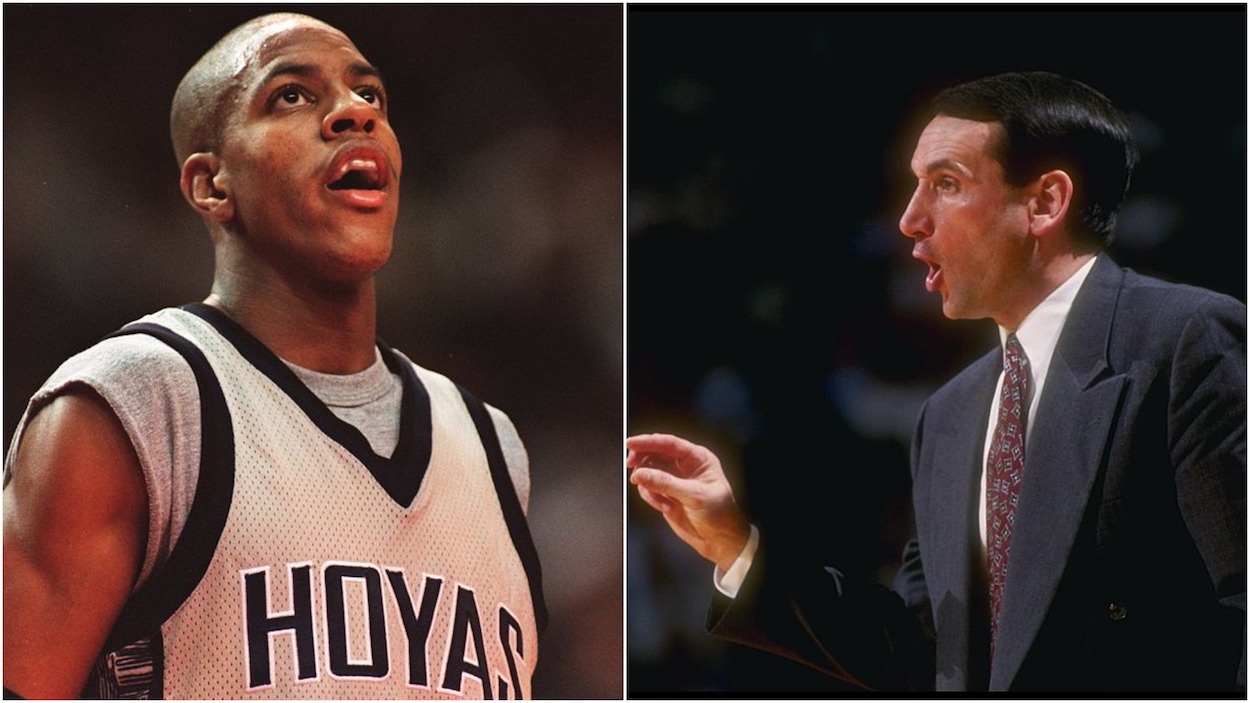 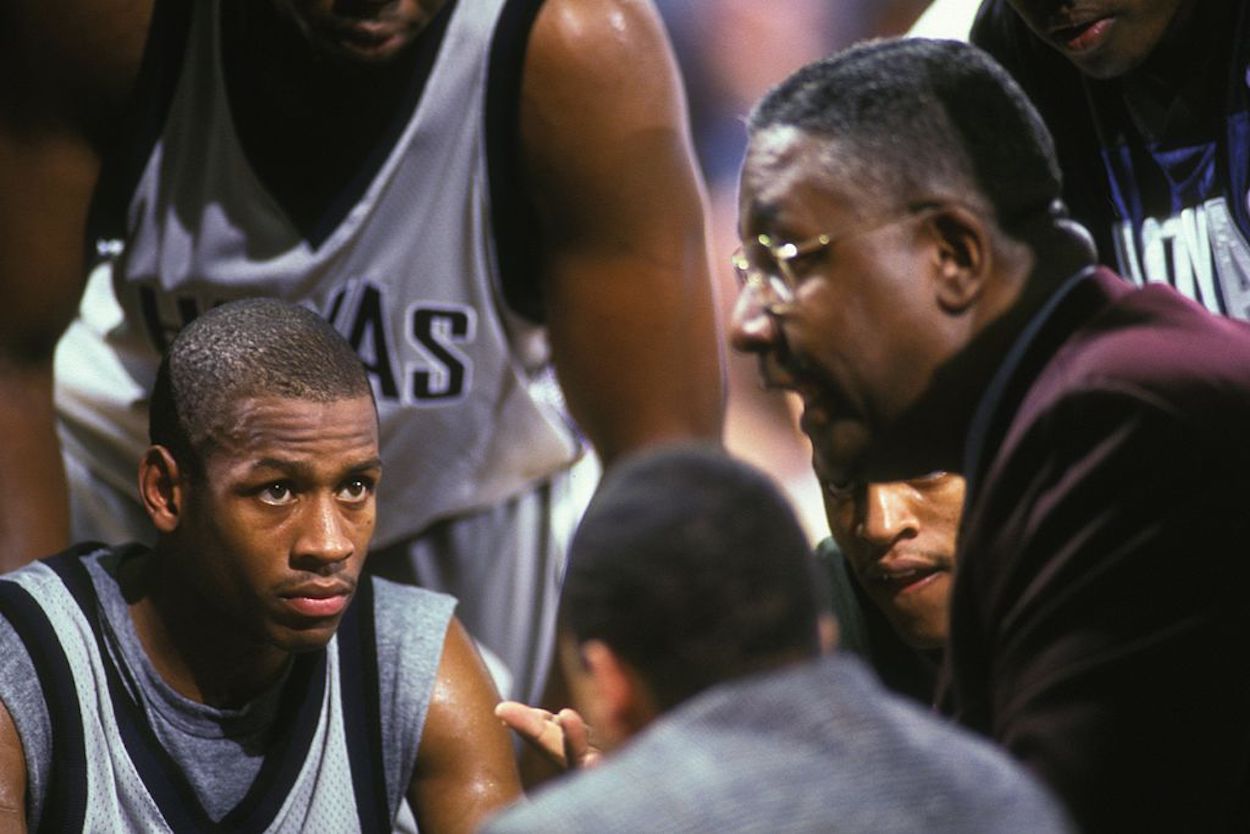 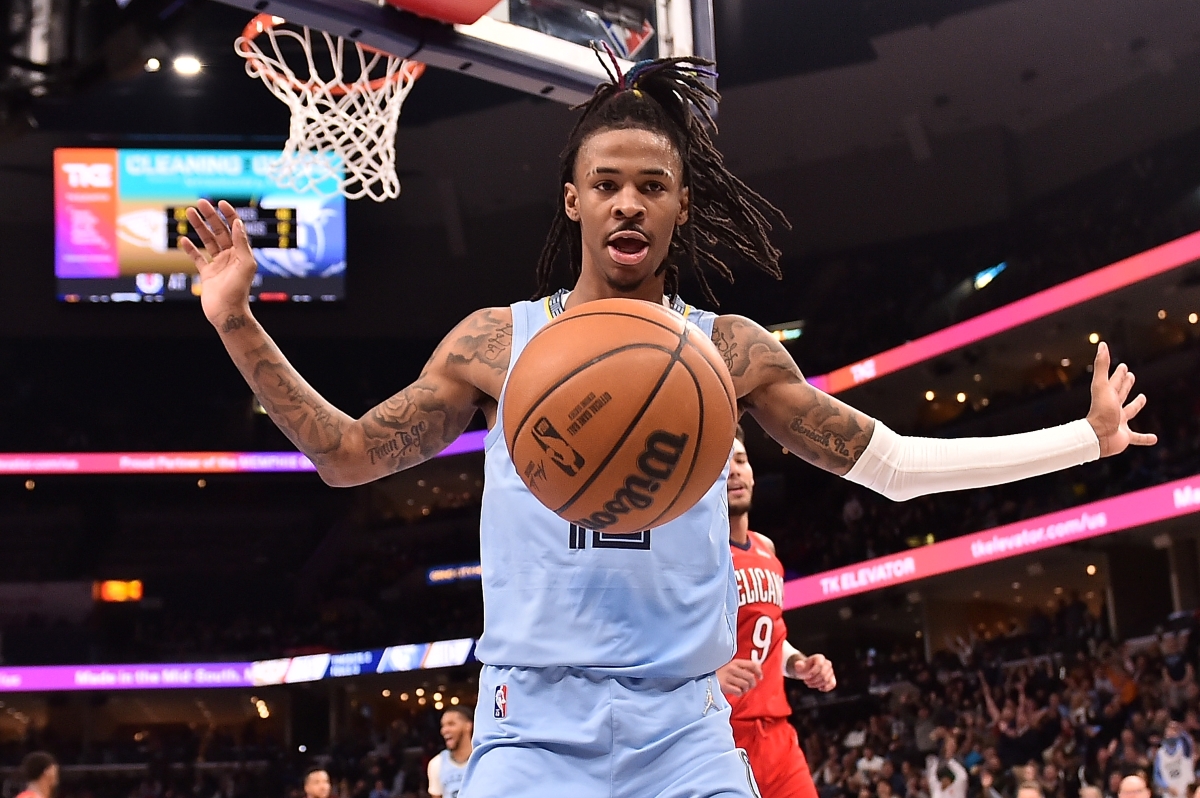 Allen Iverson's Former Coach Latest to Compare Ja Morant to AI: 'Reminds Me So Much of Allen Athletically' 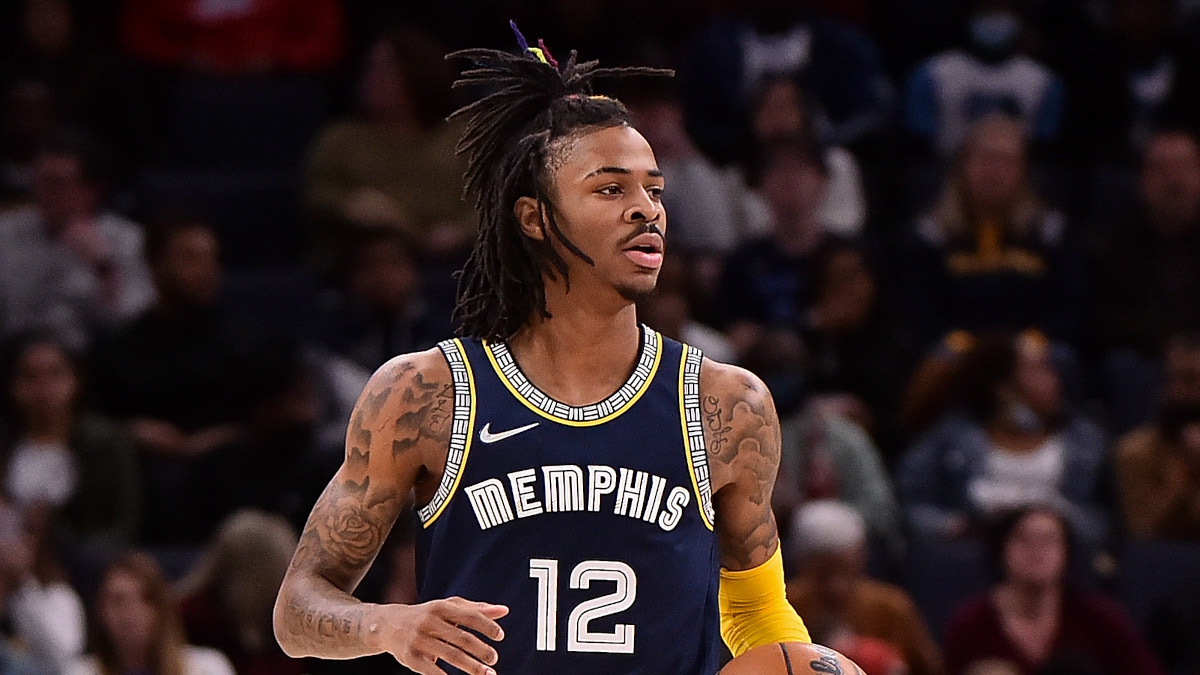 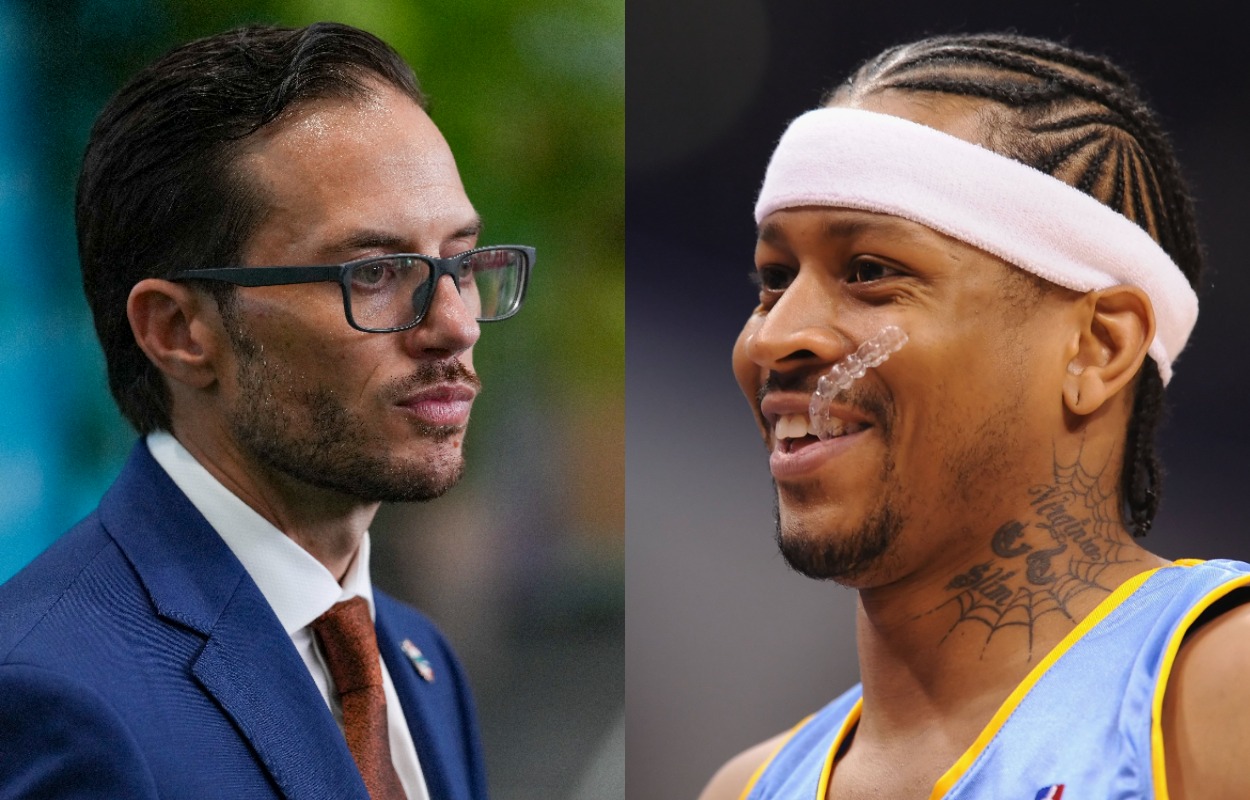 Allen Iverson’s Former Coach Latest to Compare Ja Morant to AI: ‘Reminds Me So Much of Allen Athletically’

Allen Iverson Named Stephen Curry the Point Guard in His All-Time Starting Five and Made Steph Turn Red: ‘Lowkey, I Always Wanted to Be Like Allen Iverson’

Russell Westbrook Vehemently Pushes Back Against Glowing Comparison to Allen Iverson: ‘I Am a One-of-a-Kind Player’

Allen Iverson Learned the Crossover That Humiliated NBA Defenders and Netted Him Almost 25,000 Career Points From the Most Unlikely Source

LeBron James Destroyed Allen Iverson and the Sixers at the Age of 20 and His Coach Publicly Thanked Him for Making Him Look Good: ‘This Guy Is Making Me Look Like I Can Coach’

Allen Iverson Once Detailed the Moment He Knew Kobe Bryant Was Different: ‘The Mamba Was No Myth, Man’

LeBron James Once Unabashedly Put Another NBA Legend in the GOAT Conversation: ‘Pound-for-Pound, Probably the Greatest Player Who Ever Played’

Allen Iverson Differed From Kobe Bryant and Michael Jordan by Telling an Unproven 2nd-Round Pick to Get Shots Up: ‘Shooters Shoot the Ball’

Allen Iverson Had His High School Coaches Confused When He Said He Was Ready to Go 1-on-1 With ‘Mike’ at 16 Years Old, But He Quickly Enlightened Them: ‘S*** I’m Talking About Michael Jordan’

Allen Iverson Propelled Himself to the Top of the High School Recruiting Rankings With His Performance in One AAU Tournament: ‘What He Did Will Never Be Done (Again)’

Allen Iverson Once Showed up to Practice ‘a Tad Tardy’ and Then Played ‘the First 15 Minutes’ in His Socks: ‘What Is Happening Here?’

Allen Iverson’s ‘Other’ Practice Rant Came When AI Blasted His Head Coach For Shockingly Pulling Him From the Starting Lineup: ‘I Don’t Know Any Former MVP That Come Off the Bench’

Allen Iverson Emphatically Voted for Michael Jordan Over LeBron James as the NBA GOAT: ‘We’re Talking About Black Jesus Himself’

Dennis Rodman Ripped and Trolled Allen Iverson When AI Was Just a Rookie: ‘Iverson Came in Here Thinking He Was Jumanji’

Allen Iverson Offers His Brutally Honest Assessment of the Ben Simmons Saga: ‘I Think the Connection With the Fans Got Out of Hand’

Allen Iverson Barely Played With Chris Webber but He Still Did Enough to Earn C-Webb’s Ultimate Respect: ‘AI Is the Best Athlete I’ve Ever Seen in My Life’

Allen Iverson’s Crossover Had a Hall of Famer and NBA Champion ‘Scared to Death’ to Guard Him: ‘I Was Gon’ Give Him That Ole Defense’

Isiah Thomas Found a Subtle Way to Dig at Michael Jordan While Describing Allen Iverson’s Crossover: ‘I’m Glad It Was on Jordan and It Wasn’t on Me’

Allen Iverson Can’t Fathom How His Beloved 76ers Haven’t Offered Him a Coaching Job in Retirement: ‘I Don’t Know How I’m Not a Part of That Staff’