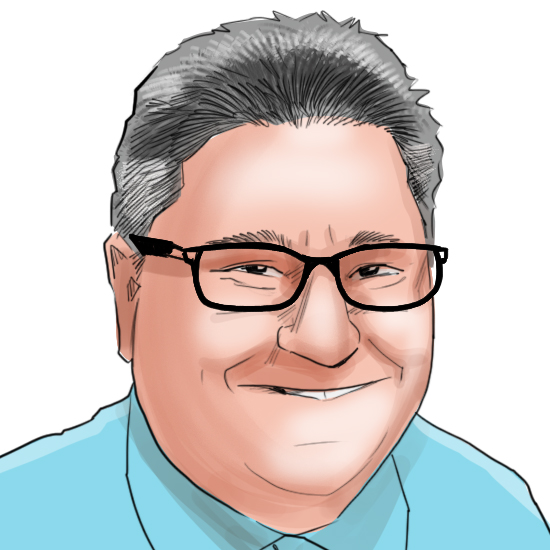 A Connecticut native, Jeff Goldberg has covered various sports and teams throughout his 25-year career as a sportswriter. Now a resident of sunny San Diego, Jeff joined Sportscasting in 2021.

Knowing he wanted to become a sportswriter at a very young age, Jeff interned at The Hartford Courant as a teenager and worked his way up to become the beat writer for the famed UConn women’s basketball team. He also wrote two books on the Huskies, “Bird at the Buzzer” in 2011 and “Unrivaled” in 2015. Jeff also worked at The Courant as a beat writer for the Boston Red Sox and was a Baseball Writers Association of America member.

An admitted “hardcore fantasy sports player,” Jeff now focuses mainly on the NFL and is extremely proud of the hour-long conversation he once had with legendary New England Patriots head coach Bill Belichick for a story, calling himself the “one media person he apparently really liked.”

In addition to his work in the newspaper industry, Jeff has written for the likes of NESN, SBNation, and Sports Intel. He was also an official team reporter for the San Diego Fleet during the lone season of the Alliance of American Football (AAF).

Giants Owner Slams Door On Deshaun Watson Trade: ‘So Many Reasons Why We Wouldn’t Do That’

Tom Brady Went GOAT-Mode Again, But This Time the Rams Had the Finishing Kick

Why Jerick McKinnon is the Chiefs’ Secret Weapon Against the Bills

NFL Playoffs: 3 Reasons Why Matthew Stafford and the Rams Can Upset Tom Brady and the Bucs

NFL Playoffs: History Says Chiefs-Bills Divisional Round Matchup Will Be a Lopsided Affair

NFL Playoffs: 3 Reasons Why Jimmy G and the 49ers Can Upset Aaron Rodgers and the Packers at Lambeau

Deshaun Watson All But Gone, Texans ‘Open For Business’ to Deal No. 3 Pick

‘The Rock’ Sacked Charlie Ward So Hard in College, the Heisman Trophy Winner Chose the NBA

Troy Aikman Was Furious He Didn’t Call Sunday’s Cowboys-49ers Game, and Wasn’t Shy About It

The Patriots’ Defensive Collapse Began Weeks Ago, But Was Perfectly Awful Against the Bills

How Many Times Have the Arizona Cardinals and Los Angeles Rams Met in the NFL Playoffs?

How Many Times Have the Tampa Bay Buccaneers and Philadelphia Eagles Met in the NFL Playoffs?

How Many Times Have the Pittsburgh Steelers and Kansas City Chiefs Met in the NFL Playoffs?

How Many Times Have the Cincinnati Bengals and Las Vegas Raiders Met in the NFL Playoffs?

How Many Times Have the New England Patriots and Buffalo Bills Met in the NFL Playoffs?

Can the Bengals Finally End The Bo Jackson Playoffs Curse Against The Raiders?

As the NFL Playoffs Begin, the Chiefs are Limping Into Super Wild Card Weekend

Eric Wright, Not Dwight Clark, Was the 49ers’ Hero Against the Cowboys in the 1981 NFC Championship Game

Alabama-Georgia 2018: Remembering ‘2nd-and-26’ on a Night of Big Plays and Stars

How the Los Angeles Rams Clinch the NFC West and No. 2 Seed in Week 18

How the Cincinnati Bengals Clinch the No. 1 Seed in the AFC in Week 18

How the New England Patriots Can Clinch the AFC East and the No. 1 Seed in Week 18

How the Dallas Cowboys Can Still Clinch the No. 2 Seed in the NFC in Week 18

NFL Week 18 NFC Playoff Picture: What to Watch For This Weekend

NFL Week 18 AFC Playoff Picture: What to Watch For This Weekend

Joe Burrow Will Sit In Week 18, as the Bengals Punt on Stealing the AFC Top Seed

How Many NFL Quarterbacks Have Won the Triple Crown?