After two seasons with the San Diego Aztecs, including domination over the Mountain West Conference, Kawhi Leonard entered the 2011 NBA Draft. The Indiana Pacers chose him 15th overall before trading him to the Spurs. In San Antonio, the LA native made two NBA Finals appearances, winning the second and earning NBA Finals MVP.

Joining the Toronto Raptors in 2018, Leonard emerged as a strong leader, resulting in the franchise’s first championship win and earning him a second Finals MVP. The 2015 and 2016 Defensive Player of the Year signed with the Clippers in free agency. Several injuries have hampered Leonard’s recent efforts in LA. Regardless, in August 2021, the 30-year-old signed a max four-year, $176.3 million contract with the Clippers. 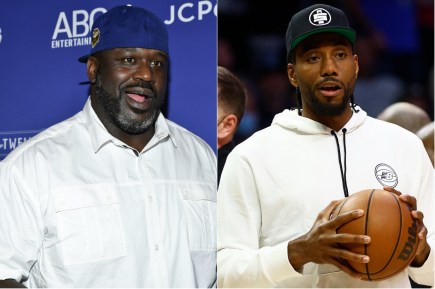 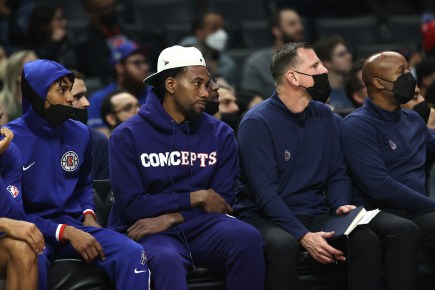 Clippers News: Kawhi Leonard's Season Debut Is Hanging in the Balance of a Single Game 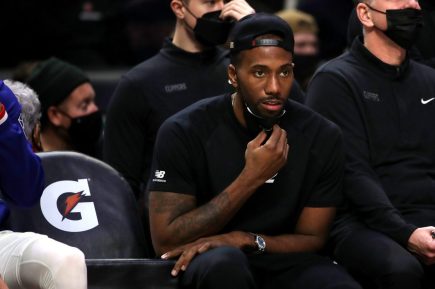 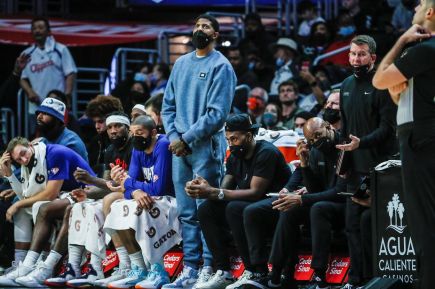 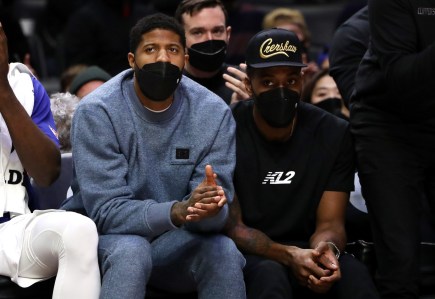 Paul George May Have Played His Last Game for Clippers This Season, Making a Kawhi Leonard Return ‘Slim to None’

NBA Trade Rumors: The Los Angeles Clippers May Punt On This Season and Attempt a ‘Warriors Model’ Mini Rebuild

Someone’s Gotta Be Wrong: Clippers Reveal Kawhi Leonard Making Good Progress in Comeback, but Not According to Skip Bayless

Why Isn’t Kawhi Leonard Playing for the Clippers?

Kawhi Leonard Is Committed to the Clippers, but His Superstar Rapper Friend Claims That He Misses Toronto: ‘He Misses the Fans and the City’

Kyle Lowry Dishes on Kawhi Leonard’s Style of Play: ‘Kawhi Rubs People the Wrong Way Because of the Way He Operates’

Kawhi Leonard Received Harsh Truth Bomb From Former Superstar NFL WR Regarding His Title Chances in LA: ‘The Clippers Are Going to Be the Clippers, It’s Just the Clippers’

Kendrick Perkins Fires a Shot at Kawhi Leonard: ‘Let LeBron James Do Some Stuff Like That and … People Going to Media and Kill Him’

Kawhi Leonard Says No to $36 Million, Setting Up a $235 Million Payday Next Summer

Kawhi Leonard Could Sign With Mavericks Because of Luka Doncic and Their New GM: ‘Dallas Is Considered by Some Executives to Be the Most Serious Threat to Land Kawhi’

Chris Paul Received Major Shot From Person Close to Kawhi Leonard: ‘That Might Be Too Spicy For Y’all’

Stephen A. Smith Voices a Surprising Take About Kawhi Leonard’s Future With the Clippers

Skip Bayless Claims He Was Told Kawhi Leonard Is Unhappy With Clippers: ‘He Felt That They Underplayed the Extent of This Knee Injury’

Michael Jordan Paid Kawhi Leonard the Ultimate Compliment During a 2017 Basketball Camp: ‘He’s the Best Two-Way Player in the Game’

LeBron James Destroyed NBA for Starting Season Early After Kawhi Leonard ACL Injury: ‘They All Didn’t Wanna Listen to Me’