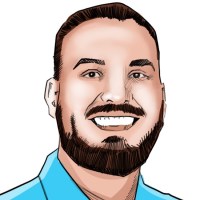 Tim van Straten joined Sportscasting in 2021 from the world of sports radio, where he served as the program director of his local ESPN affiliate and co-hosted the afternoon drive show. Before stepping behind the microphone, he earned a B.S. in Sports Communication from Bradley University and interned for NBC Sports during the 2014 Sochi Olympics.

Tim covers the NBA for Sportscasting; he loved hitting the hardwood himself, but realized that his playing window has since closed. He also appreciates how sports never take a day off, and, even during the offseason, interesting stories can appear out of nowhere.

While his friends and family might not always appreciate it, Tim is an avid Twitter user. He’s also a fan of Bill Simmons — going back to the ESPN Page 2 days — Kevin O’Connor, and Zach Harper.

The Lakers’ $47 Million Russell Westbrook Problem Has Few Solutions, and All of Them Are Bad

2022 Masters: Why Collin Morikawa Is Destined to Win His First Green Jacket

What the Chicago Cubs’ 2022 Opening Day Lineup Should Look Like

What the St. Louis Cardinals’ 2022 Opening Day Lineup Should Look Like

Kyrie Irving Reveals the Human Side of Coach K: ‘He’s More Than Just a Coach to Me and Countless Others’

Duke vs. UNC: Who Has Won More National Championships?

Michael Conforto News: Why the White Sox Are the Obvious Fit for the Free-Agent Slugger

Atlanta Braves: The Defending Champs Needed Just $26 Million to Leapfrog the Dodgers as the Class of the National League

Dennis Rodman Tore Gregg Popovich to Shreds After Getting Traded by the Spurs: ‘Mr. Military Was Going to Make Me a Good Little Boy’

Ja Morant Lashes out at the Latest MVP Rankings, but Not on His Own Behalf

Kyrie Irving Won in the End, but His Victory May Cost the Nets in a Dreaded Play-in Game

LeBron James: When Will the King Pass Kareem Abdul-Jabbar on the All-Time Points List?

Scottie Barnes Indirectly Insulted LeBron James After Torching Him on the Court: ‘I Was Really a Big Kobe Fan’